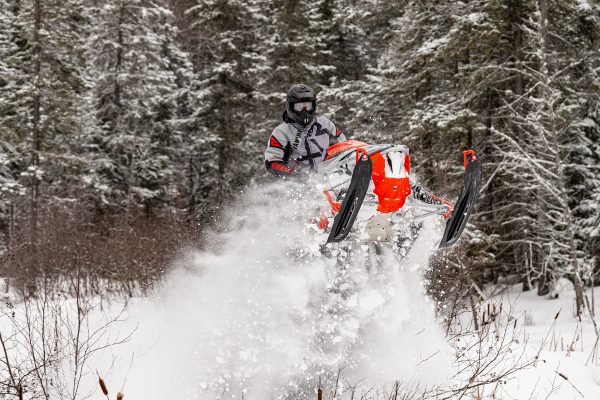 From Maine to Wyoming, or New Brunswick to British Columbia, the turbo power from the Sidewinder XTX SE is ALWAYS ON!

You just can’t get away from the thrill of the 200+ ponies under the hood of this snowmachine and we have put plenty of early season miles on our demo this year. It has been everywhere from sea level to 11,000 feet. We will take you through some of our paces in this First Burn. 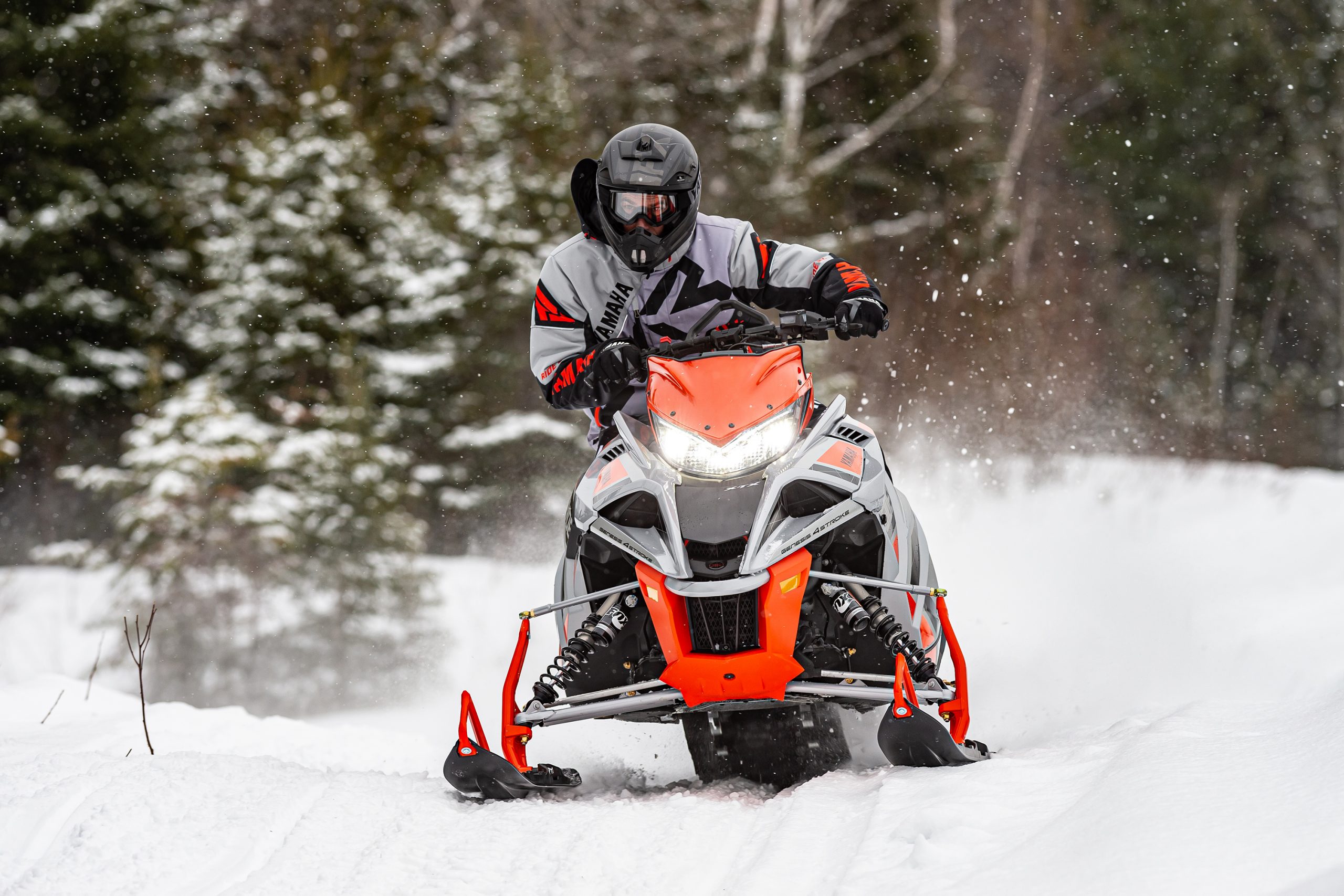 We had the 146-inch LE version of this sled last year as a demo sled, which was a great transition to the 146-inch SE this year. Both these sleds cross each other’s paths in many ways, but one has more on-trail in mind and one more off-trail. Last year’s LE had the shorter Cobra 1.6 lug track, Fox Zero QS3 shocks, and Stryke single keel ski. Compare that with the SE that has the deeper Challenger 2.0 lug track, still with the Fox Zero QS3 shocks, but with a wider Yamaha mountain ski.

Those small changes were enough to make this year’s demo SE sled much more capable off-trail. Add to that a crossover 40-inch ski stance on the SE and you really have an off-trail focused SE. Don’t get me wrong, the LE could still hit the powder, but we were much happier in the deep snow on the SE. This was backed up in a lot of testing out in the mountains of Wyoming hopping from trails, to powder, to hard pack up on top of the ridgelines.

We were particularly impressed with the new Yamaha mountain ski which allows easy transitioning to side hilling, and gives good flotation. The ski also worked well and was predictable on the trail. We would probably take this ski over the Stryke on the trail as well, it was that good. That being said, with the track speed and short 146-inch length you could point those skis to the sky if need be to wheelie up steep inclines, or just have fun on only one ski at a time in mountain meadows.

The Challenger 2-inch lug was needed off-trail for sure and did it’s job well. This is a great trail track too, and we were happy with its performance in lower snow. We honestly did not have to put down the scratchers once and the machine stayed cool and did not have egregious hyfax wear. Those are two things that many Yamaha 4-stroke owners complain about, but we saw the opposite. This track also has great bite and is pretty stiff through the lugs which gives durability. All that said, we would have probably gone with a 2.25 or maybe even a 2.5-inch lug if this was our personal sled, just to add more powder churning capability.

Finally doing away with the key start last year made these Yamaha sleds much more enjoyable to ride. The push-button reverse is great too and easy to use. On our demo we installed a little bit larger windshield for colder trail riding days, and other than one or two times we had to get unstuck on a hill, we did not find the larger windshield to ever be an issue. Plus, the new larger shields are much more durable today than they were years ago so believing that you are gonna ruin a windshield every time a sled goes on it’s side is not the case. We will take warmth and comfort for one hundred dollars every single time. 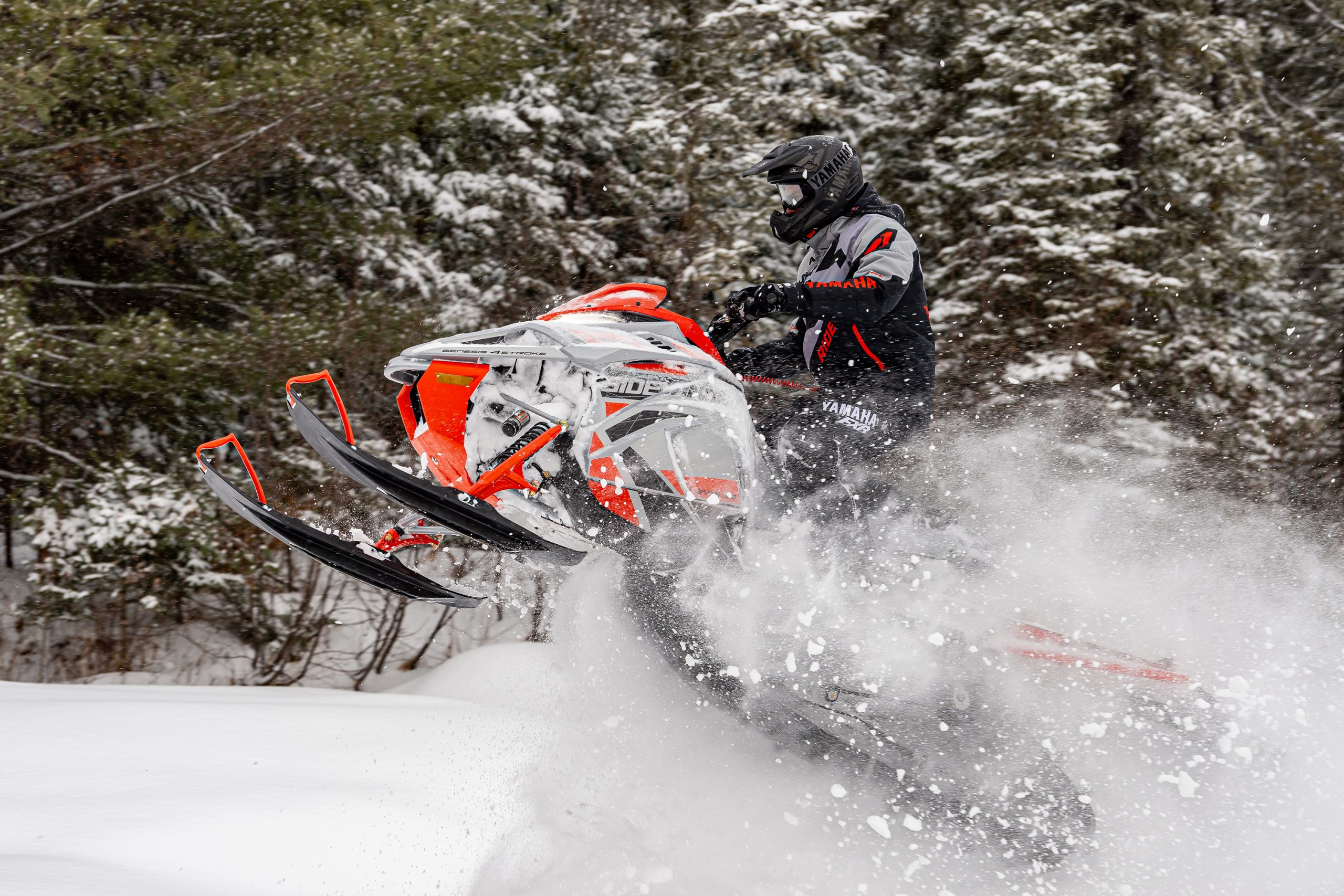 We do not want to give up our Yamaha XTX-SE at the end of the year and part ways. Even the more mountain-focused seat was comfortable and easy to move around on. Squirreling kids from sled to sled in the mountains we realized the benefits of a bit bigger seat than the total mountain sled seats on many other machines.

For big power, tail-standing turbo ponies at any elevation, aggressive trail performance, and all-around go anywhere, and the cornerstone of Yamaha sleds… engine reliability we would highly recommend crossover folks to take a look at this 4-stroke turbo. 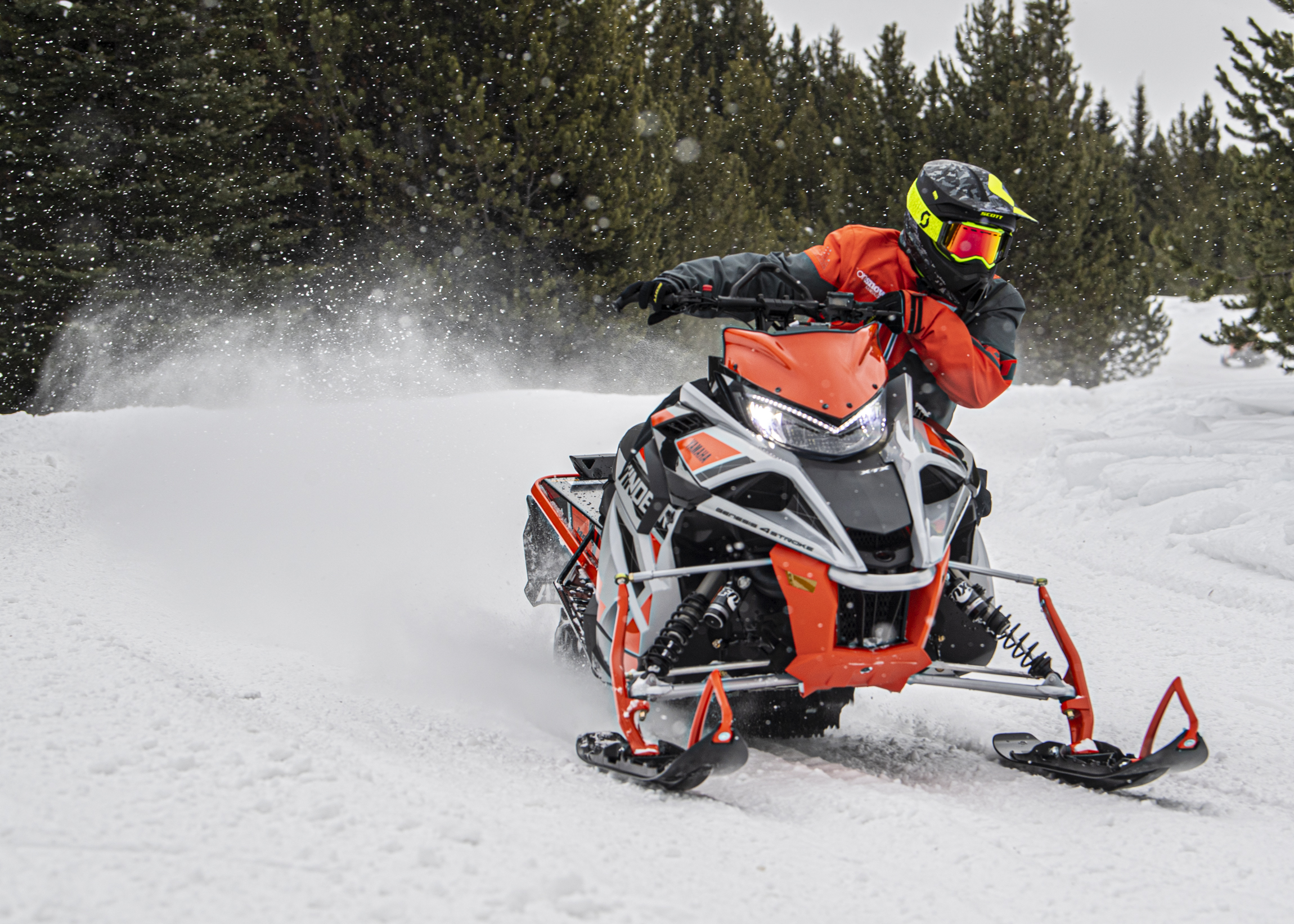 Gotta love the color combo on this sled, but that’s not the best part. After dialing in the center shock a bit, this sled was much easier to steer in the trails and the massive power was harnessed to the snow. That exhilaration was the best part. – Jason Kawczynski, Test Rider