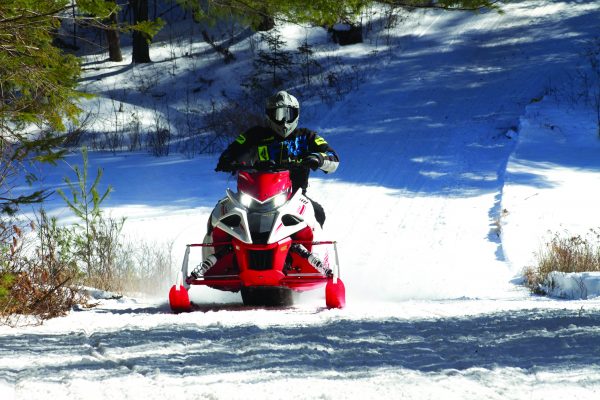 From Jeff Steenbakkers
Each spring, when it comes time for the manufacturers to introduce the new batch of snowmobiles to the public, we “the public” are all wound up in the thrill of expectation. Our latest epic riding season is coming to a close, and we are amped up to put some coin down on a new machine for next year. We’ve also just had countless discussions with our fellow snowmobilers about what the new sleds are gonna be, and how the manufactures are finally going to introduce a model, or changes that we’re sure will create the best sled ever! 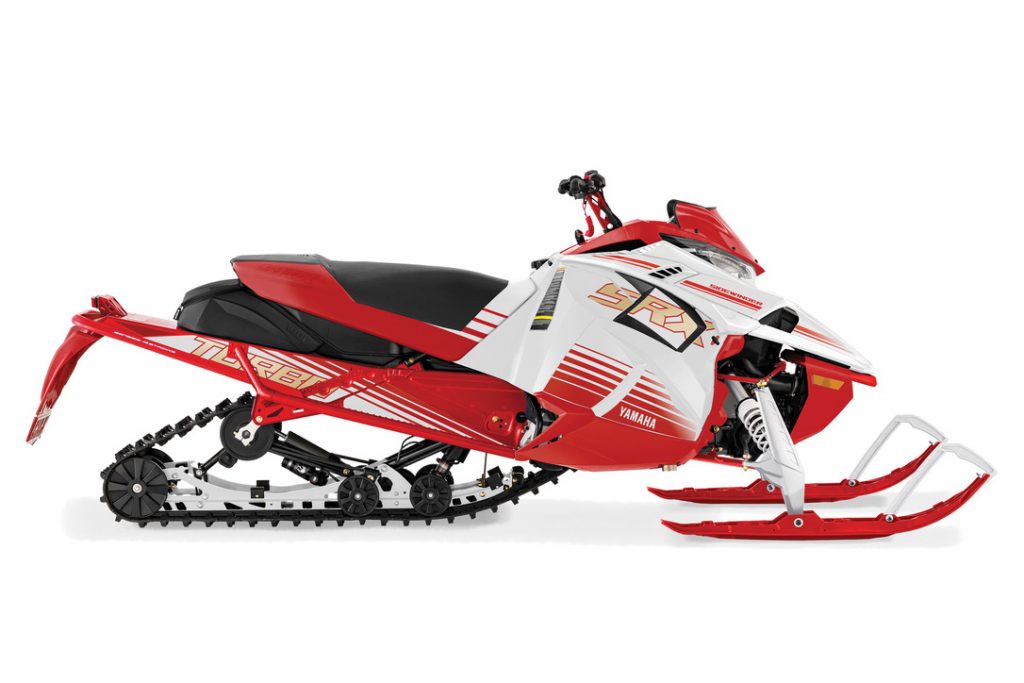 The industry has done its part to feed this expectation beast, and if the sled manufacturers don’t reveal completely new sleds, or some sort of exclusive tech that their loyal brand enthusiasts can use for bragging rights, the “public” deems the release a failure. Thank you social media. In this situation, both enthusiasts and media have to dig a little deeper in order to fully understand the impact of the new models, by looking beyond BNG (Bold New Graphics).

To introduce the 2022 lineup of Yamaha sleds, I felt I needed the introduction above to setup this writing assignment, because taken at face value, there isn’t much new for Yamaha hitting the snow next year. I’ve read the posts on social media, and heard the disappointment that there isn’t “more” when talking to other sled heads. These comments are not exclusive to Yamaha fans. In fact, most of the really negative comments are from people that are not current Yamaha customers. Even if the new sleds were built out of titanium, made 250 horsepower, weighed less then 400 pounds, and ran on unicorn methane. 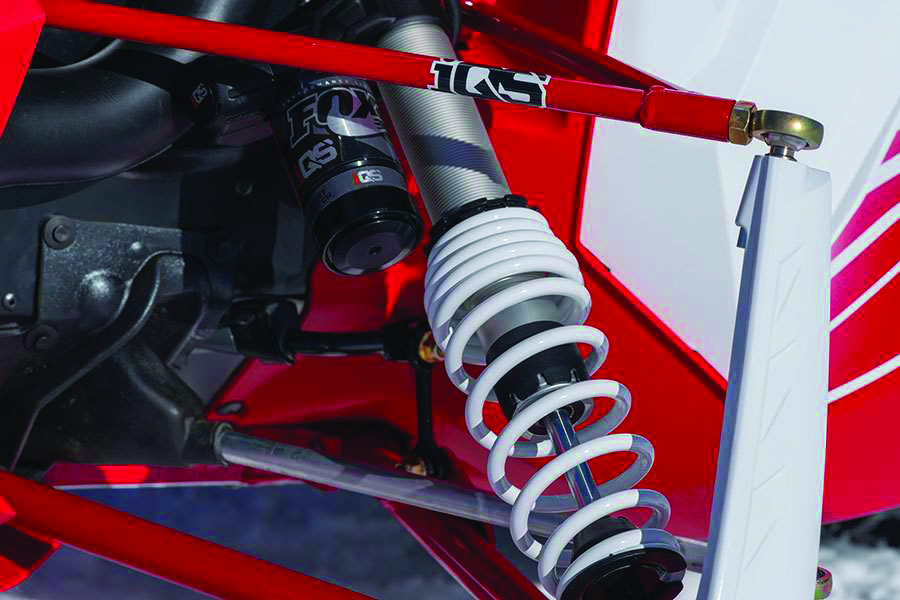 I admit, I wasn’t overly thrilled to learn about the new 2022 sleds. It wasn’t until I decided to look past the perceived lack of shiny new toys, that the scope of the new Yamahalineup started to come into focus. There is good news here for both on and off trail riders, but it’s buried beneath BNG.
To begin with the on-trail segment, Yamaha has reintroduced Electronic Power Steering back into a snowmobile platform, and this is huge. I know riders who are still holding onto their Apex sleds with EPS, refusing to ride anything else. Finally, they will have the chance to ride a new Sidewinder with power steering. That one fact alone will sell Yamaha sleds.
EPS for 2022 will only be available on select models in the Yamaha line. The L-TX and S-TX GTs are the first to get the power assist option. These models are aimed at the high-end, no-compromise rider who is looking for the ultimate in luxury and performance. Having the chance to ride an EPS equipped L-TX and S-TX, I can say for certain that this option will be well received. Just like on the old Apex platform, the EPS instantly makes the sled feel much lighter. Steering effort is reduced, as well as unwanted feedback into the handlebars, but the sled doesn’t feel numb. This new system takes into account vehicle speed and engine RPM to adjust the amount of power steering it provides, adding more assist at slow speeds, and taking it away as the pace increases. 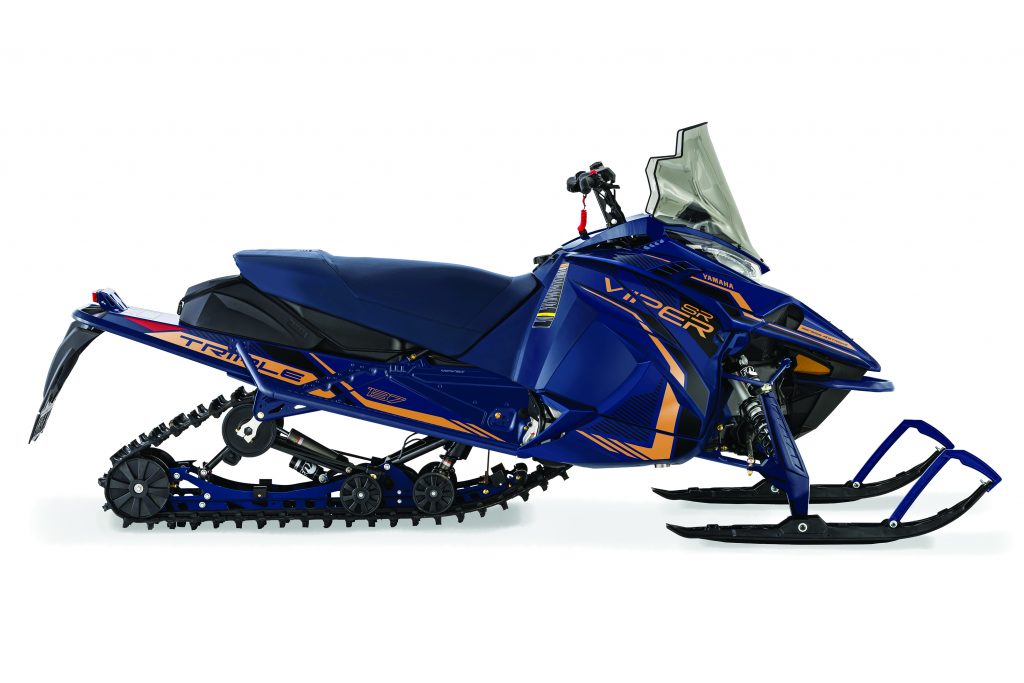 Yamaha did not include EPS on the new, retro styled SRX though, and I think that was a mistake. Yamaha feels the SRX customer isn’t the type of rider who is looking for EPS. Instead, they are more hardcore in their pursuit of speed over comfort. I think they want both, or at least the ability to increase grip on the skis without the handlebar effort skyrocketing. Another option I’d like to see on EPS equipped sleds is a variable assist switch, just like the iQS shocks. I think that three settings for the amount of assistance would be welcomed. 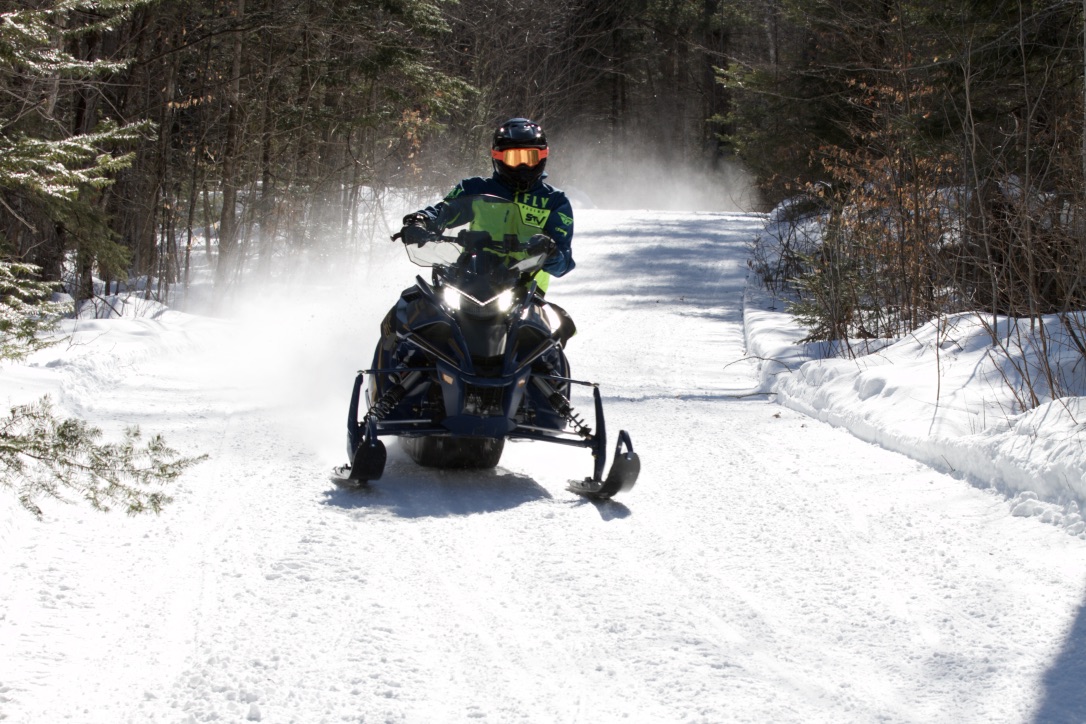 Despite having a new wish list for power steering options and equipped sleds, this new detail is a big one for Yamaha. They were the first to introduce EPS on off-road vehicles, and now EPS is practically standard in the OHV industry. I don’t think EPS will ever become standard in the snowmobile market, but there will be a significant number of riders who, once they experience the benefits of EPS, will never go back.
In the mountain class, Yamaha will bring back the Mountain Max for 2022,with a new LE 154 SL option. The SL stands for Super Light, and comes with a shortened mountain seat and revised fuel tank. The 154” track hooks up with 3” lugs, and just like all the Yamaha mountain sleds for MY2022, it’s equipped with the single beam rear suspension. This sled is specifically targeted at the technical rider who is hyper sensitive to weight, and willing to overlook the lack of a battery and electric start on this model. There are also refinements in the clutching, which is a carryover from the Arctic Cat sourced engines. 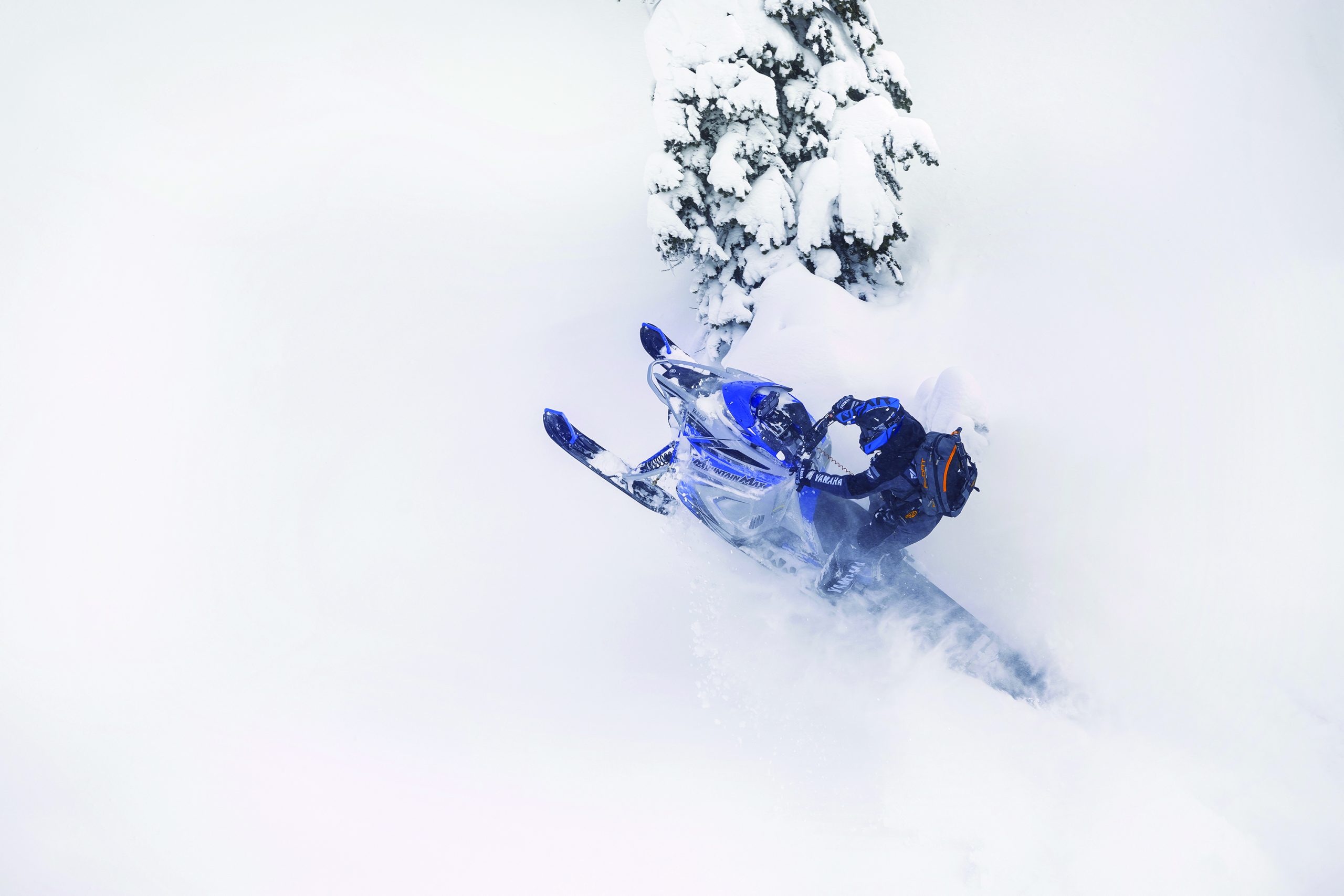 The 400 class, which hit the trails to great success last season, sees new colours across the class, but also a 2-up version of the Transporter lite. These 7/8 size sleds have been a huge success for Yamaha, and the only reason they haven’t sold more is due to their build limitations, which can be addressed by getting your money in early during the Spring Powersurge 2022.
For Yamaha mid-range customers, there remains a single SRViper L-TX GT in a classy Ink Blue with Regal Gold livery. In addition, in the utility segment, there is still the Japanese built RSVenture TF, VK540 and VK Professional II models back for 2022, along with an 800cc 2-Stroke Transporter, and then 400cc 2-Stroke Transporter Lite offerings. 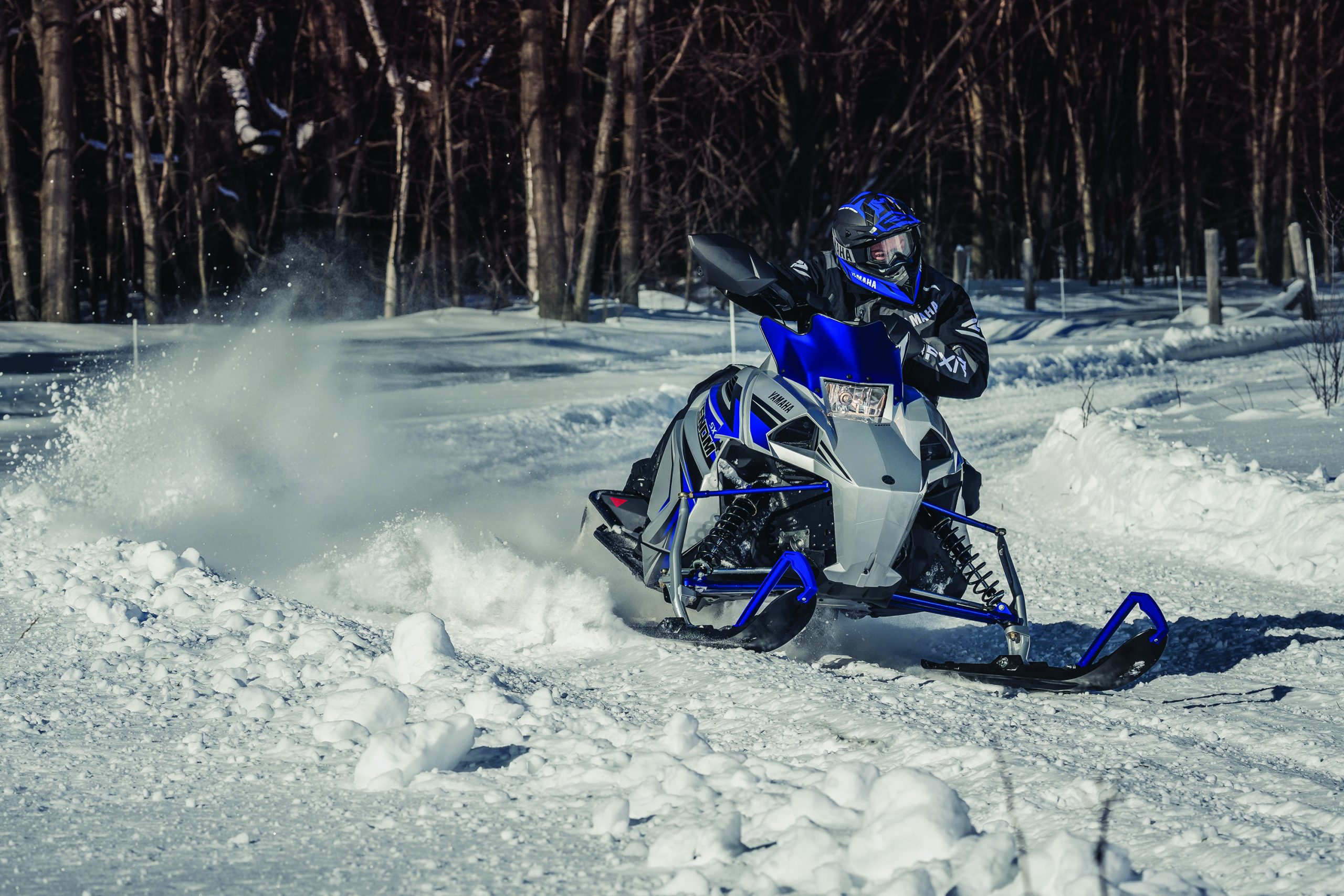 All in all, this MY 2022 line-up for Yamaha isn’t all in-your-face with new platforms. Would I have liked to have seen more? For sure. I would
have liked to see a new gauge package on the Sidewinders, or a new chassis and suspension, along with a bodywork redesign. Sure, I would have also liked to have seen a 2-stroke offering in the trail class. However, this is where you have to look past just what’s new. Yamaha has been bringing excellent products to market, and has increased their sales because of it. Refining what’s not broke isn’t a bad strategy. In addition, it protects the value of Yamaha sleds for current owners, which is something Yamaha has been actively trying to ensure for a number of years now, by controlling inventory and carryover. 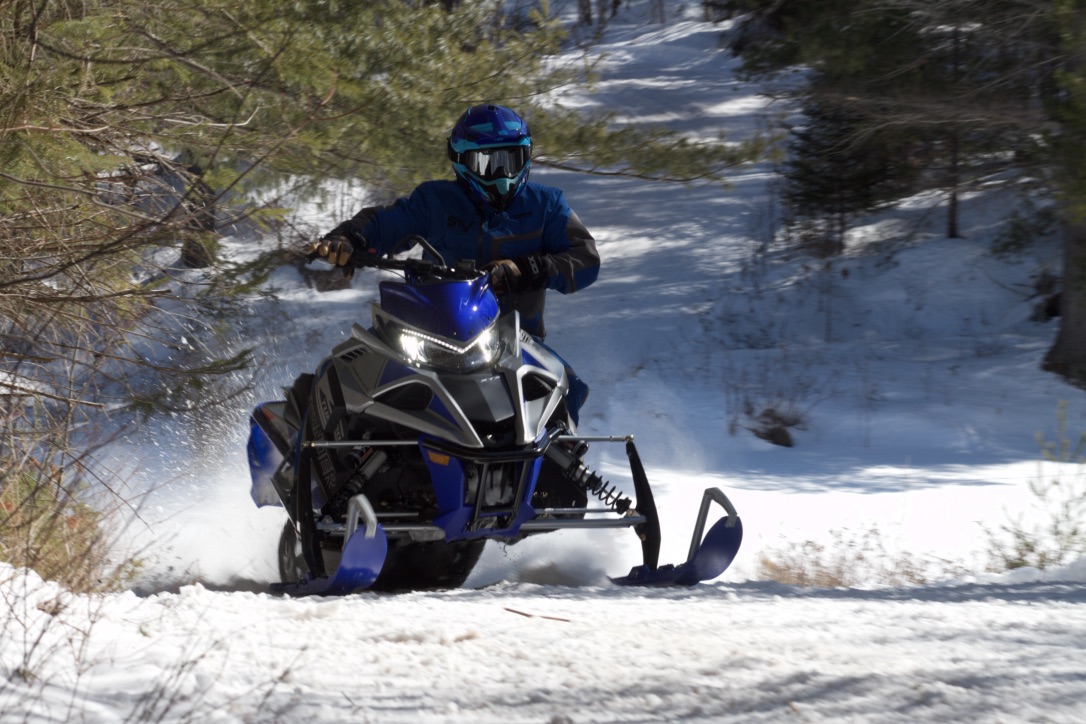 I also see a chassis that is getting older, not only for Yamaha, but their Arctic Cat build partner. Perhaps being in the sunset of its production cycle, maybe the lack of major change this year is a strong indicator of an all-new snowmobile around the corner. After all, if there are major changes coming, why spend money now, retooling complicated refinements on an existing chassis?

A new Yamaha chassis is just speculation at this point. What isn’t is a line-up that delivers on the core wants and needs of Yamaha customers, no matter what rider category you put yourself in.