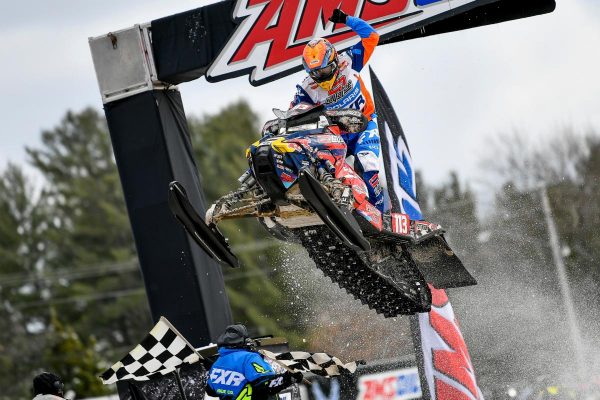 Longville, MN (March 30, 2021) – For the final two rounds of the 2021 Snocross season, the teams headed back to the World Championship Derby Complex in Eagle River, Wisconsin. A three day race weekend consisted of Round 15 Friday night, Round 16 Saturday Night, and the Amsoil Dominator race closed out the weekend on Sunday. The Snocross and WCDC crew were able to bring in additional truck loads of snow and make snow in order to keep the long track, despite warm temps. Fans and racers-alike were in for a big treat as the races heated up and new Champions were crowned in Eagle River. 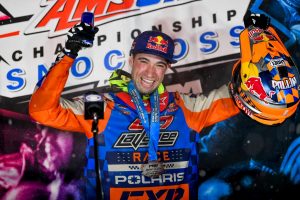 Team LaVallee’s Pro Rider and series Fan Favorite, Kyle Pallin started the 2 Day National with great qualifying rounds, earning a 4th and 3rd place allowing him a good gate pick in the Pro Round 15 Final. Off of the line of the Pro Final, Pallin had a good start, but was pinched out and lost a couple of positions. Pallin continued to charge hard in the 10 Minute plus 2 Lap final, and finished out the Round 15 Final in the notable 7th place spot. 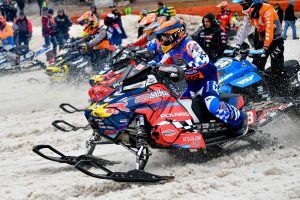 On Saturday, for Round 16, Pallin was looking for redemption in the final Snocross race of the season. Taking a 4th and 1st place in his respective qualifying round, allowing him to be the #1 Qualifier for the Round 16 Final. Because of the reverse order for the Pro finals, Pallin had a tough gate pick but still came off of the line of the Pro Round 16 Final in the 3rd place position. On lap two of the 10 Minute plus two lap final, Pallin made a pass to second and continued to ride smooth and maintained that position rounding out the 2021 Snocross season with an awesome 2nd place finish! 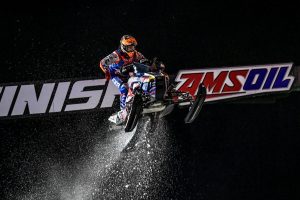 Team LaVallee’s Pro Lite Rider and Points Leader, Adam Peterson was eager for Round 15 & 16 in Eagle River. Peterson started out the 2 Day National with a bang, winning both of his respective qualifying rounds. Under the lights Friday night, Peterson earned the Studboy Holeshot award ripping out of the gate first and next to fellow teammate, Ryley Bester. One the 1st lap of the 7 minute plus 2 Lap final Peterson lost a position, but continued to ride hard and finished the Pro Lite Round 15 final in the awesome 2nd place spot!

On Saturday, for Round 16, Peterson started the day out perfect, with winning both of his qualifying rounds, clinching the Pro Lite Points Championship after Round 1 of racing. Under the lights, Saturday night Peterson, now dressed in a #1 Jersey was disqualified within the first couple laps for not having enough orange (a safety protocol) on the back of his jersey.

Pro Lite Rider, Ryley Bester started out the Eagle River National taking an excellent 1st and 2nd place finish in his respective qualifying rounds. Under the lights, Friday night, Bester came out of the gate right on the heels of fellow teammate Adam Peterson. Bester continued to charge hard in the 7 minute plus 2 lap final and with one minute left to go, Bester had a challenge navigating through lapped traffic and closed out the Round 15 final in the well deserved 4th place spot.

On Saturday, for Round 16, Bester was ready to put the pressure on again for the final race of the season. Bester started Day 2 of racing with great qualifying rounds, taking a 2nd and 3rd, which allowed him a nice gate pick for the Pro Lite Round 16 Final. Off of the line, Bester had a great start towards the front of the pack. With riding smooth and consistent lap times, Bester found another gear on the final turn of the last lap, Bester went high and cruised past the 3rd place racer, taking an awesome 2nd place finish Saturday night in Eagle River.

Bester had 4 podiums this Season and took a 5th place overall in the 2021 Pro Lite Class.

Pro AM Plus 30 rider, Andy Lieders continued his winning ways ripping the holeshot in every race he was in and closing out the season with a perfect race weekend. On Friday and Saturday, Lieders took first in all of his qualifying rounds and won both of his Finals, earning 9 Podium Finishes in the 2021 Season and was crowned the 2021 Pro Plus 30 Champion!! 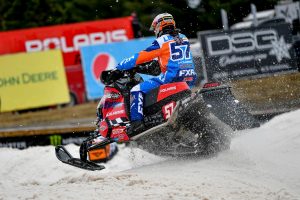 On Sunday, Pallin, Peterson, and Bester all signed up for the chance of taking home a $10k purse in the Amsoil Dominator Race. This race, normally known to be a bracket-style format, was now changed to Pro Lite and Pro Riders racing in their respective heats and the top 4 in Round 1 would advance to the final and top 2 would advance to the final in the LCQ. Pallin, Peterson, and Bester all went straight into the Final. Pro Lite riders in the front row and Pro riders in the back row of the 10 minute plus 2 lap final. Adam Peterson (Pro Lite) ripped the Studboy Holeshot, followed closely by Bester and Pallin was mid-pack. As the race went on, and for a couple of laps all 3 Team LaVallee riders were sitting in the 2nd, 3rd, and 4th place positions! Continuing to put on the pressure, Peterson was sitting in second and within striking distance of 1st place when the leader had an unfortunate off allowing Peterson to capitalize and into the first place position. Bester and Pallin both had tough offs in the Dominator race, but both riders were OK but not able to finish. Peterson continued to focus at the task at hand and the newly crowned Pro Lite Champion crossed the checkered flags first, being the first Pro Lite rider to win the Dominator title and took home the $10,000 prize. Congratulations, CHAMP, Adam Peterson! 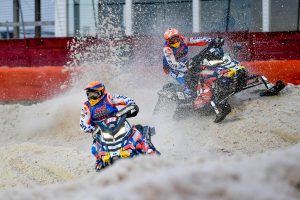 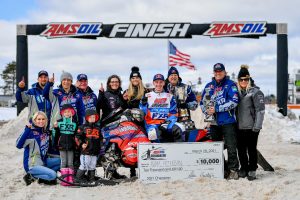