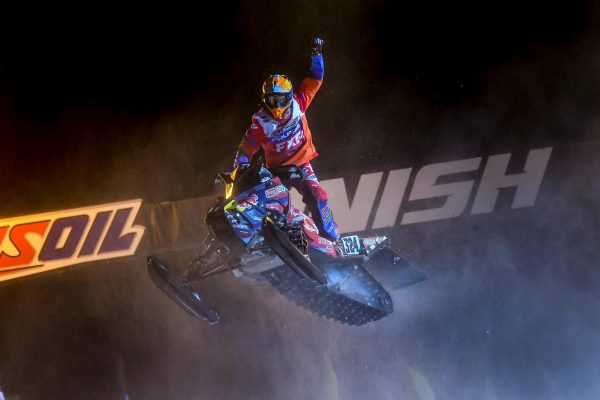 Longville, MN (February 23, 2021) – Back on the road and a return to the Mount Rushmore State, Rounds 9 and 10 were held at the W.H. Lyon Fairgrounds in Sioux Falls, South Dakota – a new stop on the ACS National Snocross Series. With temps warming up above the zero degree mark, race teams and race fans alike were in for an awesome two days of bar-to-bar racing. 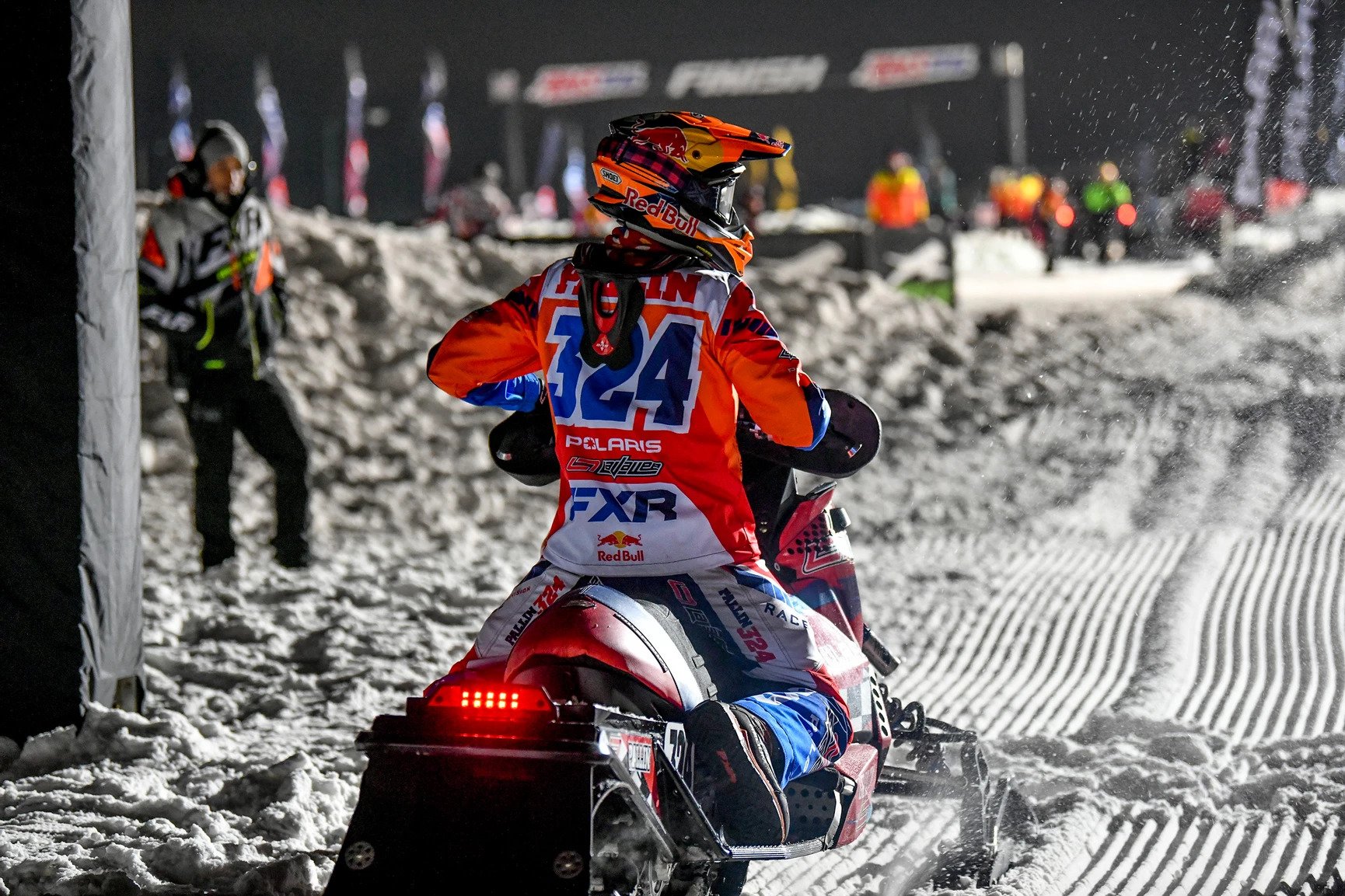 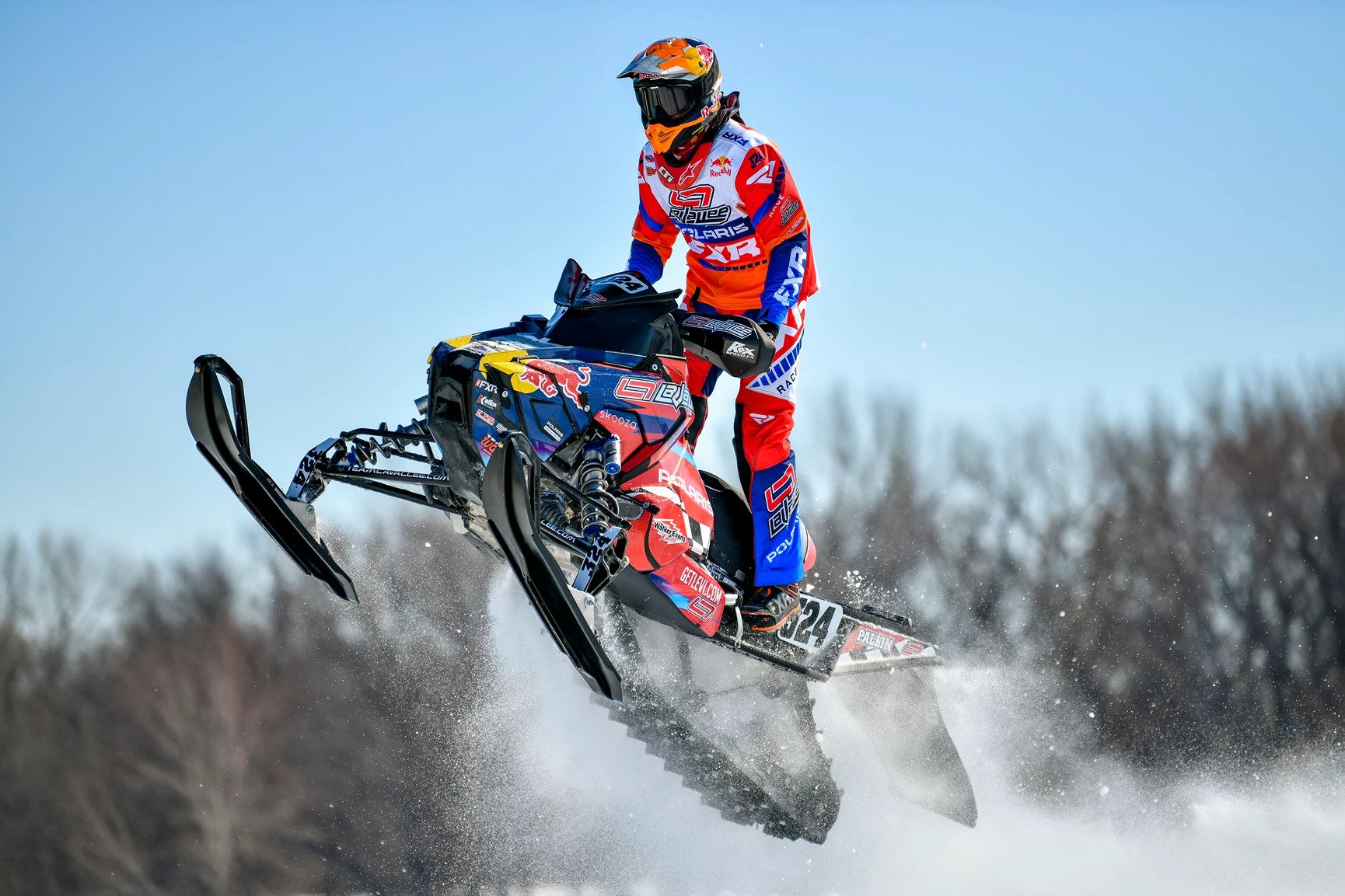 Team LaVallee’s Pro Rider and series Fan Favorite, Kyle Pallin started the weekend in Sioux Falls on top. With taking a 4th and 5th in his qualifying rounds, Pallin qualified 9th overall and that allowed him a great gate pick in the front row of the Pro 9 Final. Under the lights, Friday night, Pallin came out of the gate towards the front of the pack and within the first minute of the 10 minute plus 2 lap Pro Final, Pallin passed his way up to the 1st place position. With big air and technical rhythm sections, it was perfect track built for Pallin’s riding style. Throughout the entire Round 10 Final, Pallin rode flawlessly and found himself on the top of the box, with an awesome 1st Place finish! Congrats Kyle!

For Day 2, Round 10 of racing, Pallin took similar qualifying results as the day before, with a 4th and 5th place and lined up in the front row of the Pro Round 10 Final, Saturday night. Coming out of the gate, Pallin came out mid-pack and within the first minute of the 10 minute plus two laps final, Palin was up to the 6th place spot. Pallin continued to push hard and find clean lines and as the flags flew for 2 laps to go, Pallin passed another rider and finished the 2 Day Sioux Falls National in the excellent 5th place position. 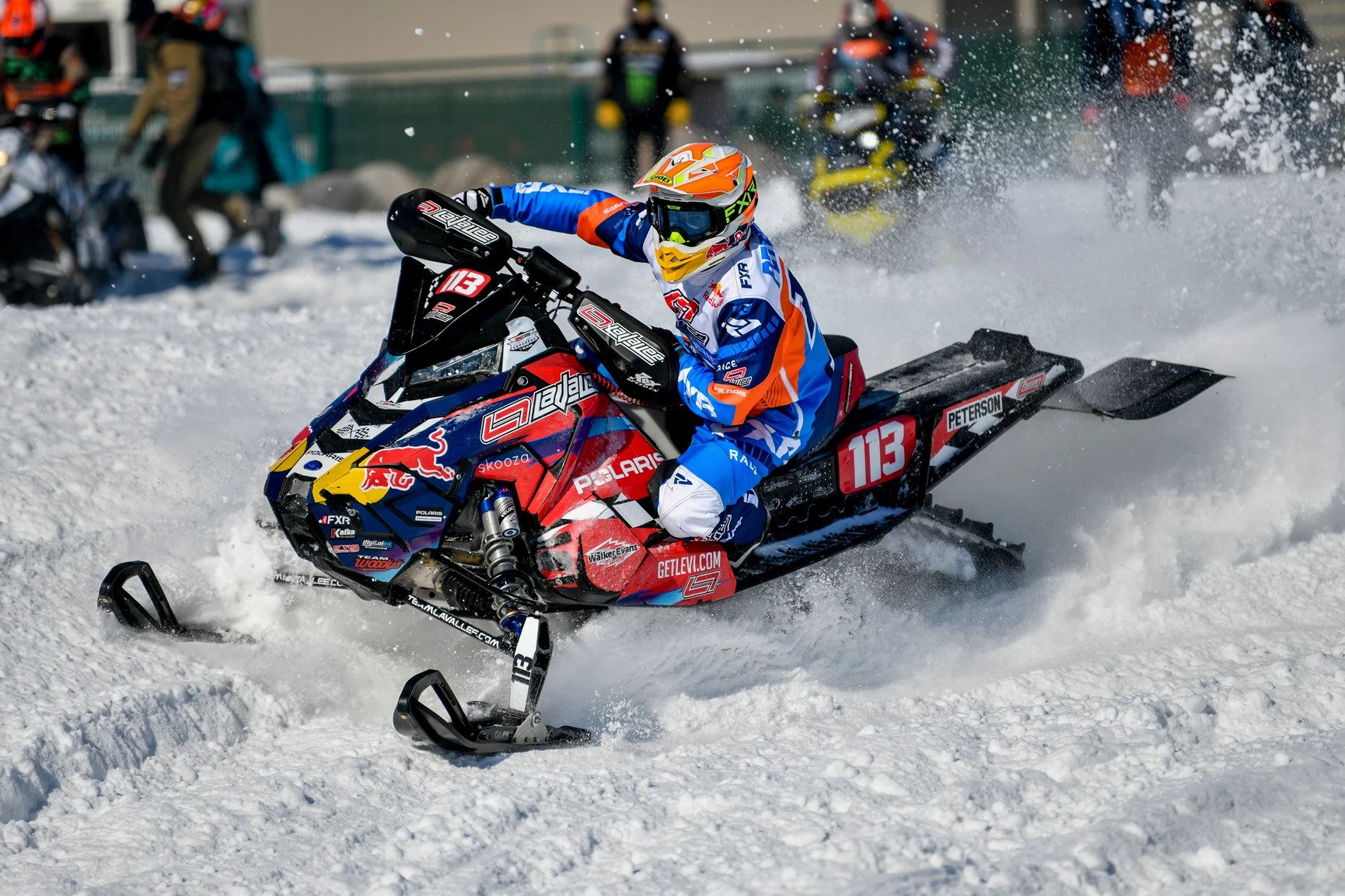 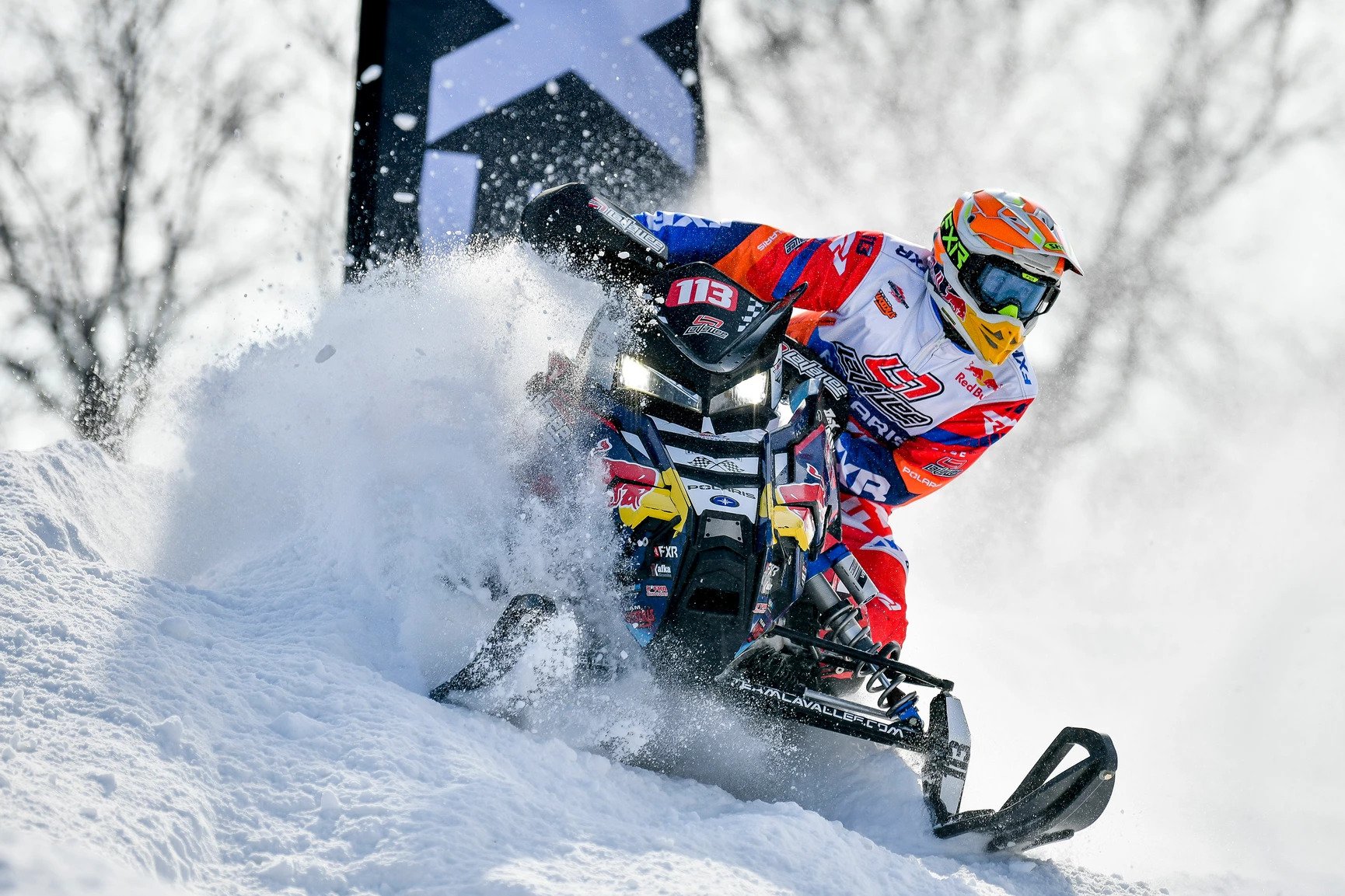 Team LaVallee’s Pro Lite Rider and current Pro Lite Points Leader, Adam Peterson was excited for Rounds 9 and 10 in Sioux Falls. Peterson started out the 2 Day National taking two 2nd place finishes in his respective qualifying rounds. Under the lights Friday night, Peterson came out of the gate within the top 5 and continued to put on the pressure during the 14 lap Pro Lite Final. At about the half-way point, Peterson passed his way up a position and finished out the Round 9 Pro Linwe Final in the awesome 4th place position!

On Saturday, for Round 10, Peterson started the day out swinging, with a 2nd and 1st place finish in his qualifying rounds. Off of the line for the Round 10 Pro Lite Final, Peterson ripped the hole shot along side fellow Teammate, Ryley Bester, and in the first turn, Peterson had a mechanical problem not allowing him to ride at his fullest potential. As the race progressed, Peterson slid back a couple positions but continued to charge hard during the 14 lap final and rounded out the weekend, taking a well deserved 5th place finish. 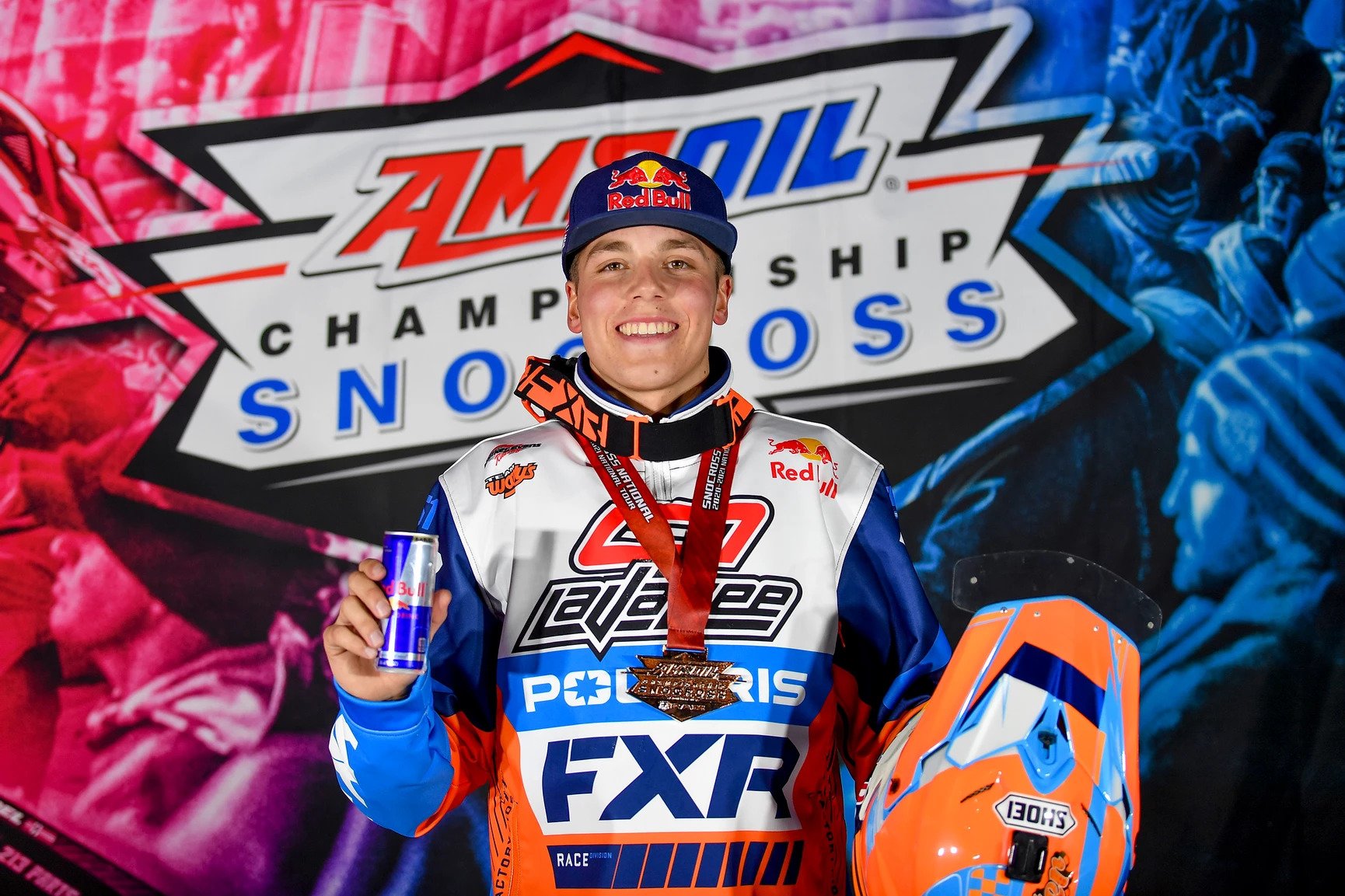 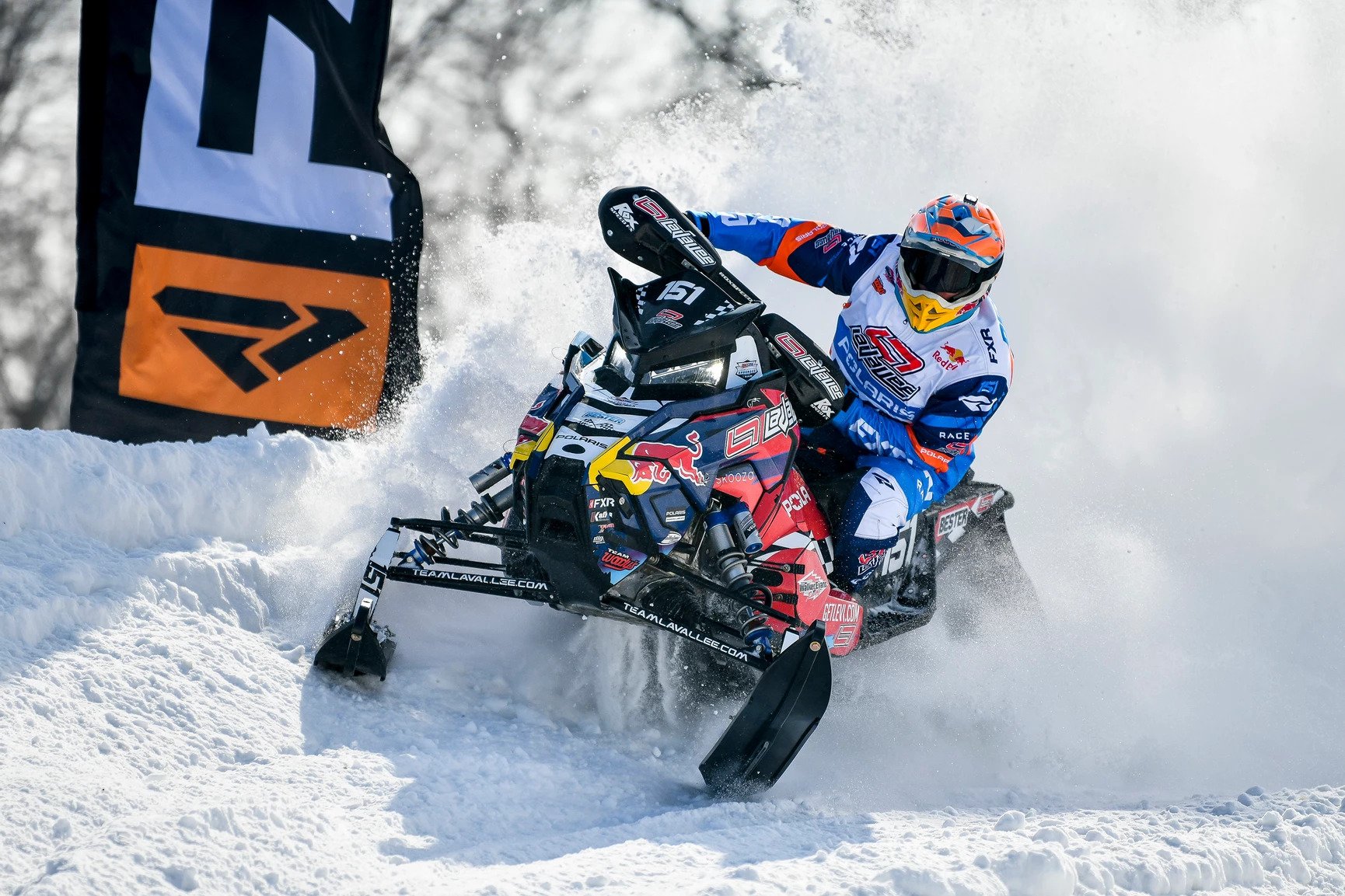 Pro Lite Rider, Ryley Bester started out the Sioux Falls National with an awesome 1st and 3rd place finish in his respective qualifying rounds and secured a front row spot in the Pro Lite Round 9 Final. Under the lights, Friday night, Bester had a great start and was sitting within the top 5 but a tough off on Lap 1 caused Bester to fall back and end the Round 9 Pro Lite Final in the 14th place spot.

On Saturday, for Round 10, Bester was looking for redemption. Bester started Day 2 of racing with great qualifying rounds, taking a 4th and a win, which allowed him a nice gate pick for the Pro Lite Round 10 Final. Off of the line of the Round 10 Pro Lite Final, Bester was sitting alongside fellow Teammate, Adam Peterson, and within the first turn, Bester was sitting in the 2nd place spot and looking for the leader. Bester rode a very consistent, smooth, and determined race, earning himself a 2nd Place Podium in Sioux Falls and his first podium of the 2021 Snocross Season. 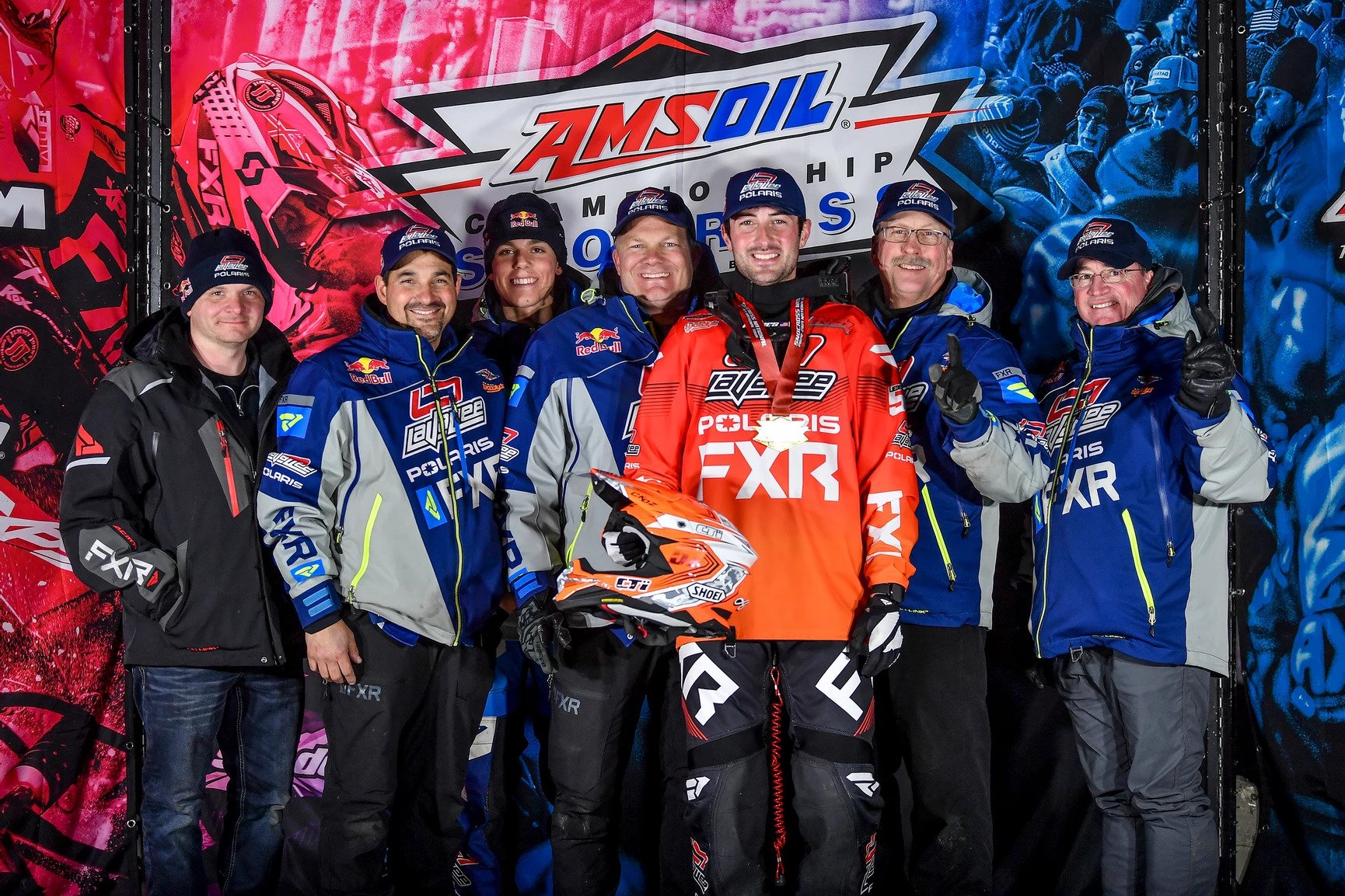 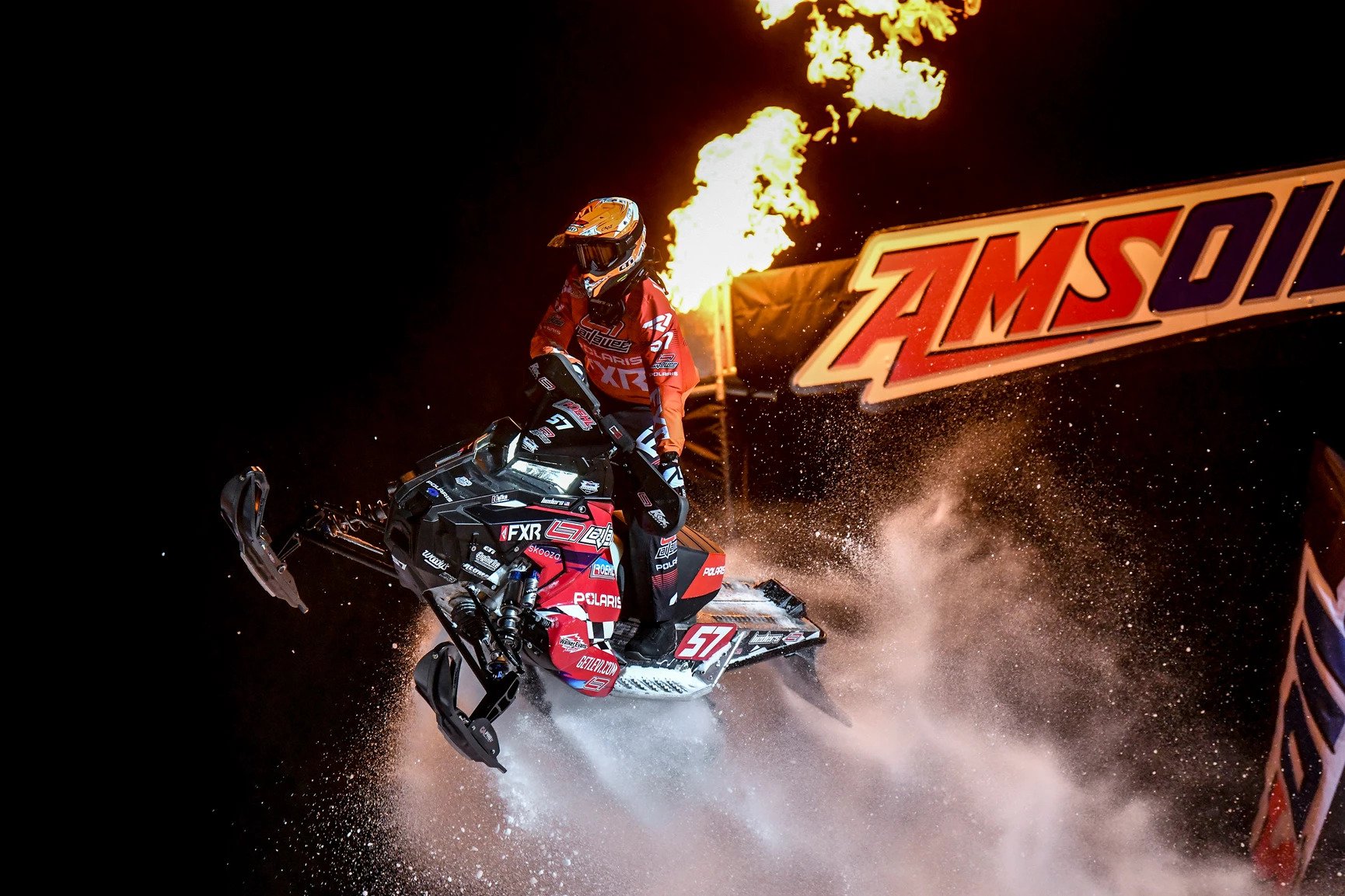 On Saturday, in Pro AM Plus 30, Lieders had another perfect day of racing, with taking 1st place in both of his qualifier rounds and taking the win in the Pro AM Plus 30 Final.

Lieders is the current points leader in the Pro AM Plus 30 Championship battle. Congrats Andy! 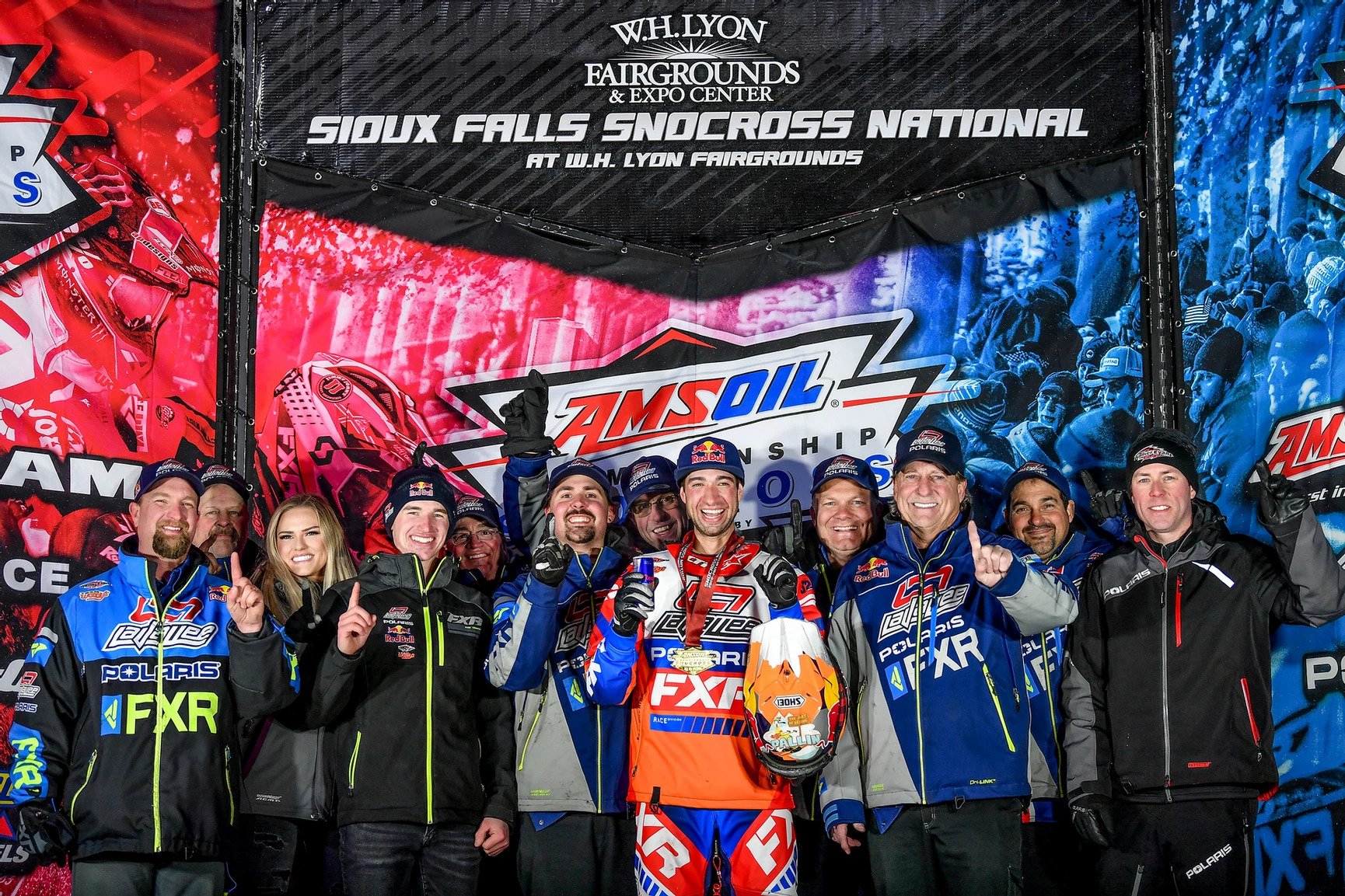