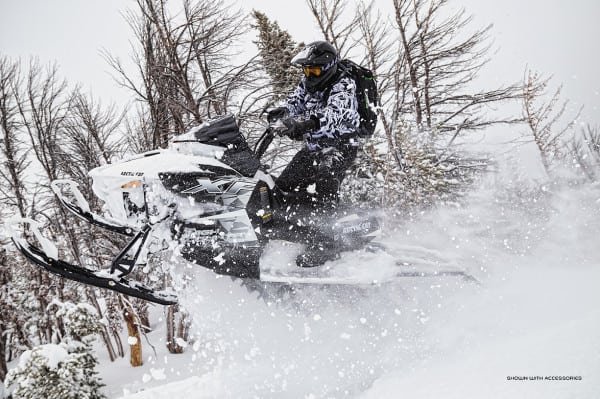 Undoubtedly when news of an alliance between Yamaha and Arctic Cat was first announced just moments before the kick-off to Yamaha’s North American dealer meeting, thoughts of Arctic Cat faithful immediately turned to what this meant for their brand in 2014. Most certainly a 1049 Genesis powered Arctic Cat would be in the mix, and it is, but little did we know even bigger news would be forthcoming that would ultimately trump the YamaCat relationship.

The introduction of a new 600 cube two-stroke from Arctic Cat has been a long time coming. Even after Cat brass attempted to assert that the 1100 normally aspirated four-stroke was their 600 offering going forward; it remained a foregone conclusion a new two-stroke motor was being developed. What we didn’t expect, and most likely neither did the competition, was a new engine that delivers claimed on par cleanliness and fuel economy with the industry leading ETEC mill, and does so without complex and expensive direct injection technology. Add to this, across the line enhancements, a deep and diverse engine offering, and of course the unknown benefits of having the industry leader in quality at your side, one can’t help but wonder if this could be the year of the Cat?