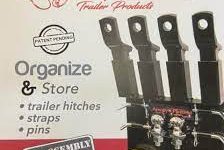 Polaris is creating its own kind of anarchy in the snowmobile biz… and it’s welcomed!  Polaris has continued its upward trend for another year with