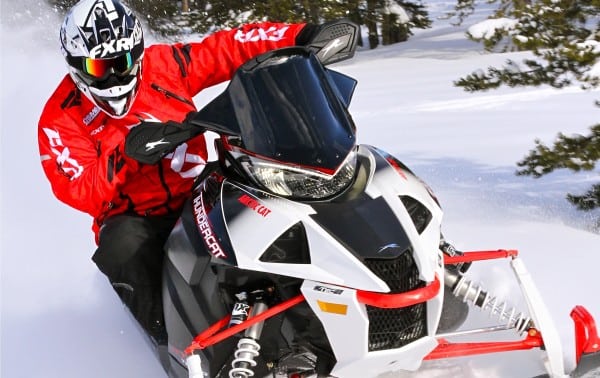 If you thought the official published horsepower of 180-plus for the new 2017 Arctic Cat Thundercat (and other 9,000 series engine equipped sleds) was impressive, hold on to your socks. After sending one of their turbo boosted buggies to DynoTech Research to gain some independent, third party horsepower numbers, everyone’s mind was completely blown. The crew at DynoTech recorded a wind chill inducing reading of 211-horespower, more than 30-horsepower more than the often slightly exaggerated marketing number. Can you say first across the lake?!

Under the T-Cat cowl lurks a turbo beast.