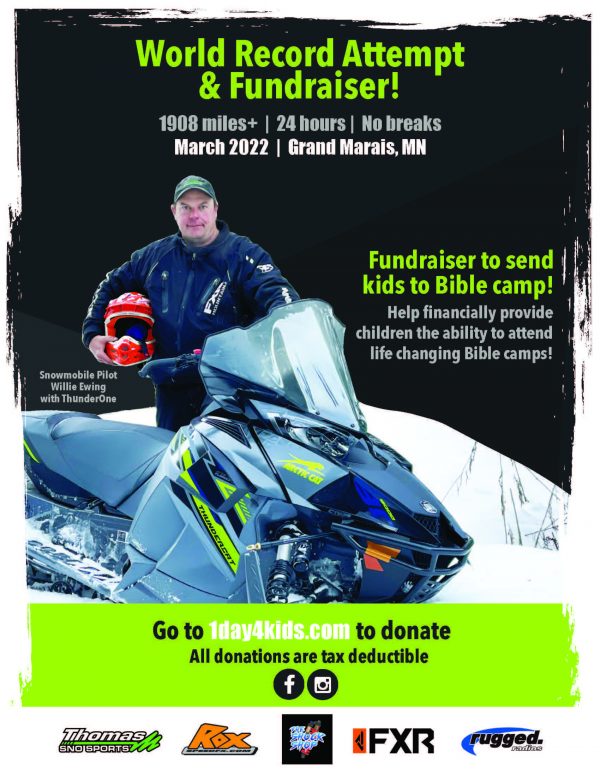 Willie Ewing has been involved in snowmobiles and snowmobile racing for over 30 years and has decided to put on a fundraiser to help raise money to send underprivileged kids to a summer bible camp, who normally would not be able to attend such a life-changing experience, due to the cost of camp. We have chosen Living Word Bible Camp, because of their efforts to give every child, the opportunity to attend, regardless of their financial situation.

For this fundraiser, he is going to be attempting to break an existing Guinness world record, of miles put on a snowmobile by a single rider, in 24 consecutive hours. Willie and his team are planning to start this ride mid-day, and will be running 24 hrs. Straight through the night, into the following day. The current world record is 1908 miles in 24 hours. This was set 10 years ago in Canada, by a gentleman riding an 800 E-tec Ski Doo. To complete the record, he had to use a second snowmobile due to mechanical failure. Willie is planning to make this attempt on a 2022 Arctic Cat Turbo 4-stroke Thundercat. He will also have a spare sled on hand, in the event of mechanical failure. There will also be 2 spare sleds on hand, in the event any extra parts are needed. Willie and his team are making this attempt with the generous donation of time, from 5 different professionals who have raced and completed the famous I-500 cross country race. These sleds are going to be set up with radio equipment to have full time communication, with pit crew and track maintenance officials. They will also be equipped with NASCAR quality fueling equipment. They have been working on planning this event for 3 years, and are not wanting to overlook any minor details that could be a potential setback. They are hoping to have set the number high enough to where nobody will even want to attempt this record, but at the same time, They do not want to run the sled too hard, to where they run into mechanical failures. 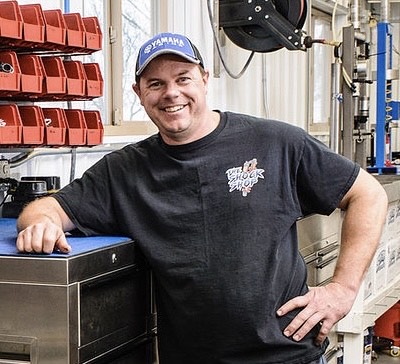 Willie and his team have a website and a Facebook page, and Instagram page, to promote Their fundraiser, along with YouTube videos. Anyone that is willing to sponsor Their event, will get their company’s logo or videos, added to Their website and social media pages. They will also be adding videos of updates done to the snowmobile, to our social media pages.

The idea of this world record attempt, was started by my late cousin(Darcy Ewing #6), a longtime professional snowmobiler, who lost his life way too early, to a tragic accident(non snowmobile related). This attempt will be made with a sticker honoring his life and life long career in the snowmobile racing industry.

With the help of your donations of funding, or funding and top quality equipment or products, we are hoping to make this a huge success, that is talked about by everybody in the snowmobile industry! Along with giving hundreds of kids the opportunity to go to a life-changing summer Bible Camp. 100% of every donation goes to sending underprivileged kids to camp. If there is any equipment donated for use in the event, it will all be sold at the end of the event, and all proceeds will go to the kids. All checks should be written out to Living Word Bible Camp(or LWBC). All donations are 100% tax deductible.