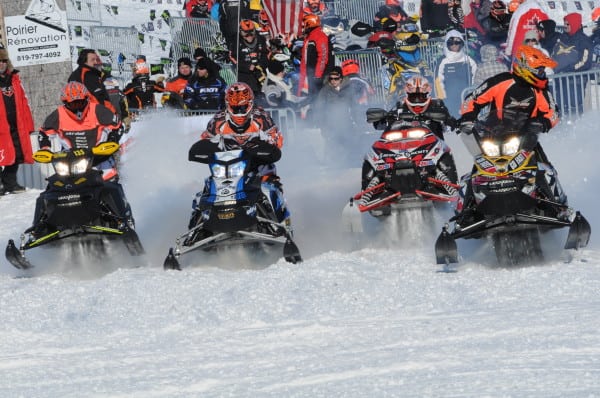 Just got word today that our pals at Dayco…long time makers of premium snowmobile belts for your favorite snow buggy, has agreed to remain a vibrant partner with the Canadian Snowcross Racing Association (CSRA). That’s good news for everyone involved. Here’s the official release from Dayco:

To continue promoting snowmobile racing in Canada and the United States, Dayco Products, a leading manufacturer of CVT belts for snowmobiles and all-terrain-vehicles, and the Canadian Snowcross Racing Association, a governing body that organizes, promotes, and regulates snowmobile competitions in Canada, today announced a three-year extension of its exclusive partnership naming Dayco the Official Belt of the CSRA. The 2014-2015 season will mark the 10th straight year Dayco has been the Official Belt of the CSRA, reconfirming its commitment to the powersports industry.

“The CSRA continues to be a key element of Dayco’s snowmobile marketing efforts,” said Bill Hay, Vice President of Sales for Dayco. “The various exposure the CSRA and its race teams provide for Dayco is truly incredible and there is no better way to market our products to snowmobile enthusiasts.”

Founded in 1994, the CSRA started with a few racers attending a small amount of regional events and has grown into Canada’s national race series with over 500 participating race teams.  More than 50,000 snowmobile enthusiasts attend the various CSRA events throughout the season.

“CSRA is excited about our continued three-year partnership with Dayco. Snocross racing is the most demanding form of snowmobile competition today. Our racers need durability and performance to get to the finish line first and Dayco is their drive belt of choice,” said Ken Avann, CSRA President. “Dayco has proven over and over that they are the most reliable, best performing drive belt on the market.”

The 2014-2015 race season will begin in December and will conclude at the annual Dayco National Snowcross Championships in April, which is where CSRA Champions will be announced. Dayco also sponsors over a dozen CSRA teams that participate in race events all over North America.

“Their ongoing feedback on the performance of our belts helps us continue to provide the best product possible to the consumer market,” said Hay.

All champions competing in the top four national race categories, Sport 600, Pro Open Mod, Pro Women and Pro Lite, won their divisions during the 2013-2014 season using Dayco XTX belts. Bred from a rich history of experienced belt builders, Dayco drive belts are manufactured in the United States and are specifically engineered to maximize the performance of the most extreme, high horsepower snowmobiles.