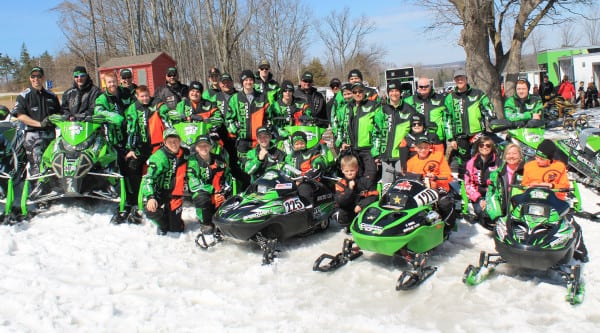 Crazy to think that snow is just around the corner, and in just little over 5 months, the kick off to the new CSRA season will be upon us. It’s around this time that things start shaken down for the racers, and we at OSM just found out that Dylan Hall is making the move to GREEN.

It is official, he will be racing for Country Corners Race Team, and here is the official release!

For Immediate Release: Exeter ON. The Country Corners Race Team is excited to announce the addition of #421 Dylan Hall to the team for the 2016-17 season. Dylan will compete full time in the Pro Open class on the CSRA circuit and select ISOC races in the United States. The Ayr, Ontario native brings a wealth of experience and knowledge to an already established group of riders on the CCR team. At the young age of 24, Dylan has competed at the highest level of snowcross for a number of years, as well as represented Canada at the FIM World Snowcross Championships in Sweden. Dylan has won both Sport and Semi-Pro National championships on his journey to becoming a veteran at the Pro level.