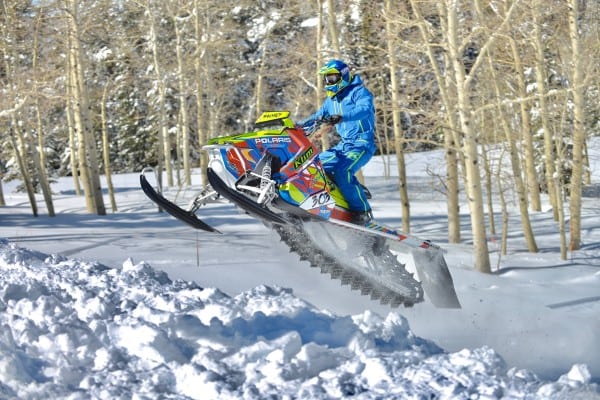 It was another weekend of RMSHA hillclimb competition and another round of stock class wins by Polaris. The event in Alta, Wyoming marked the final race of the 2017 season and as they’ve been doing all season, Polaris racers cleaned up in the stock ranks led by Keith Curtis. Here’s the official report from big P:

Polaris snowmobile hillclimbers capped off a tremendous RMSHA season by winning eight Pro classes, including a sweep of the four Stock classes this past weekend at Alta, Wyoming. The team dominated the Pro Stock races this season winning an unprecedented 27 of 28 events. Polaris racers also won all four King of the Hill crowns, all three Semi-Pro classes and the Women’s Queen of the Hill title.