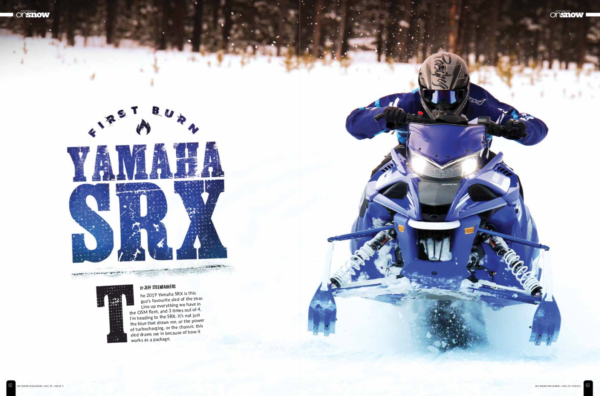 The 2019 Yamaha SRX is this guys favourite sled of the year. Line up everything we have in the OSM fleet and 3 times out of 4 I’m heading to the SRX. It’s not just the blue that draws me, or the power of turbocharging, or the chassis, this sled draws me in because of how it works as a package. 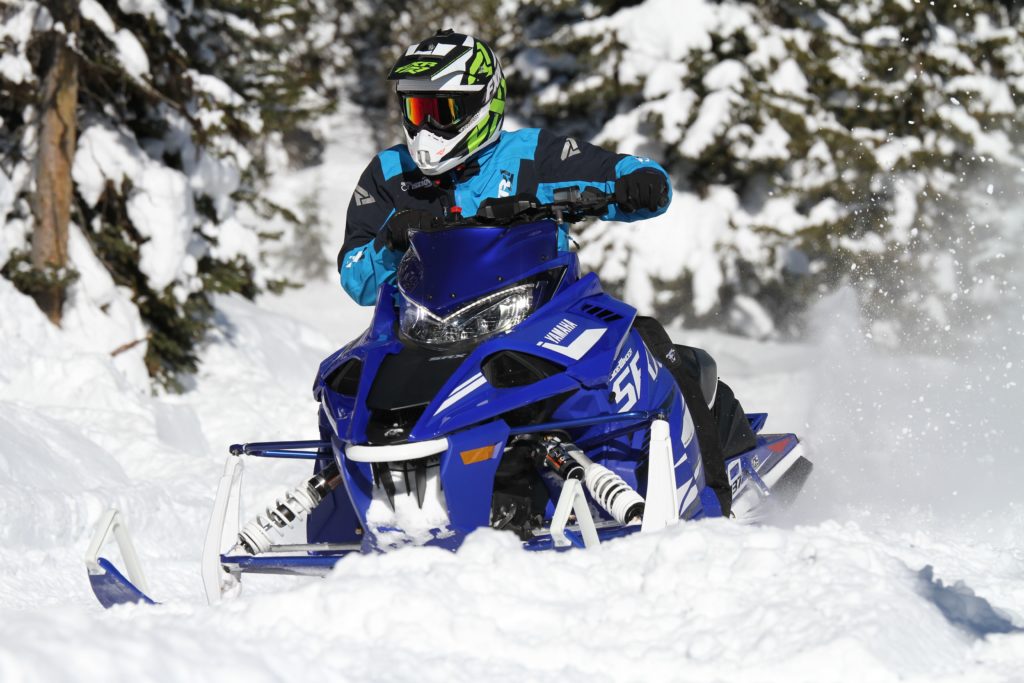 For what seems like the first time, a performance 4-Stroke snowmobile is embracing what it is, and what its great at. Yamaha focused the SRX at the lake racer, but at the same time whether intensional or not, highlighted the characteristics of a sled like the Sidewinder as benefits not detriments. The SRX is not meant to be a deep powder sled, which is a fight a 4-Stroke can’t win. Neither is it billed to be a lightweight beginner sled, which the SRX is definitely not. Instead Yamaha used the turbocharged power of the Sidewinder, and refined the setup to play in an arena where speed is king and weight is not so much of a penalty.

Boil it down and there are really only 2 distinct changes that make an SRX different from other Winder models in the line-up, but they are key changes. The first is ride height the second is the track.

To address the former, we have to look at lake racers of olden times. They were lower to the ground. Riders didn’t complain about the ride height because they knew low was fast. To address the former, if you look at those old sleds, they didn’t have as much power as most modern sleds but yet they were much faster, and a big key to that fact was the tracks. 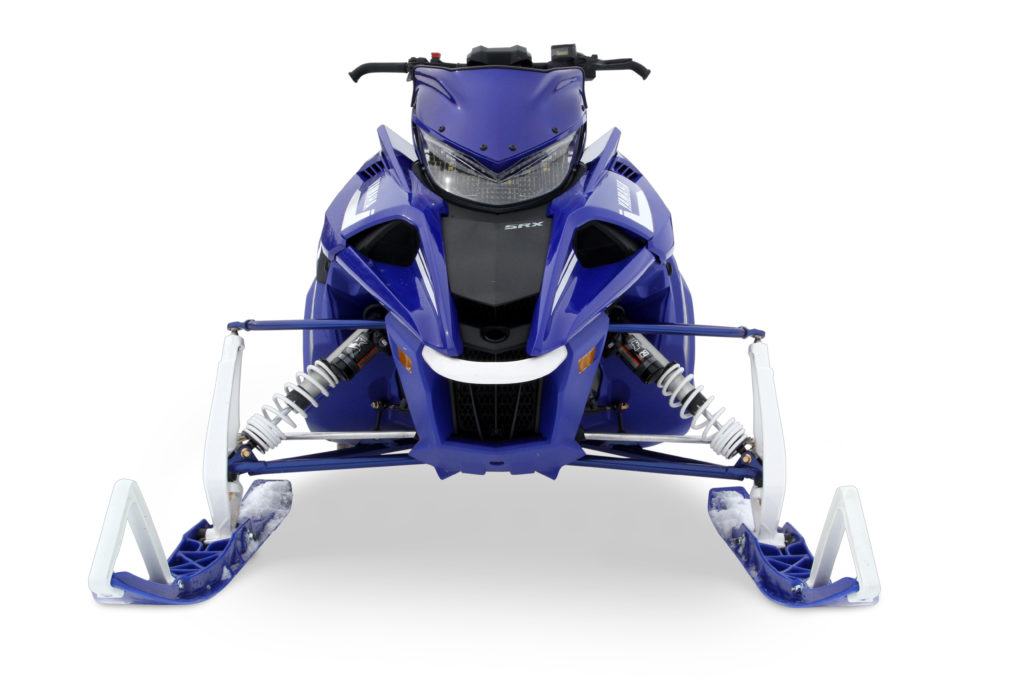 The SRX has about 1 inch more ride-in then typical Sidewinders, and this helps the SRX in just about every way. Not only does it have less frontal area to push though the air, the approach angle on the track is shallower to decrease rolling resistance, which helps top speed. This lower ride height also lowers the centre of gravity and corrects roll centre of the front suspension geometry making this sled much sharper in the corners. Initially I was slightly worried the lower stance would be a bottoming out nightmare, but its actually better then expected on the trails. There has been a few times I can feel the chassis touch the ground, but nowhere near as often as I would have thought, and the places it did ground-out, other much taller sleds were touching down too. All in all this lower stance is good thing.

After spending close to a thousand kilometres at the bars of our SRX, in addition to the lower stance, it’s the track that defines this sled and its ride experience. Like those old lower lake racers of the past, the SRX has relatively little lug. I say relatively, because a 1 inch track back in the late 90’s would have been considered almost a mountain lug, while some of those old lakers were sporting tracks with 1/2 inch to 5/8 lugs on 121’s. Crazy lightweight compared to todays setups. 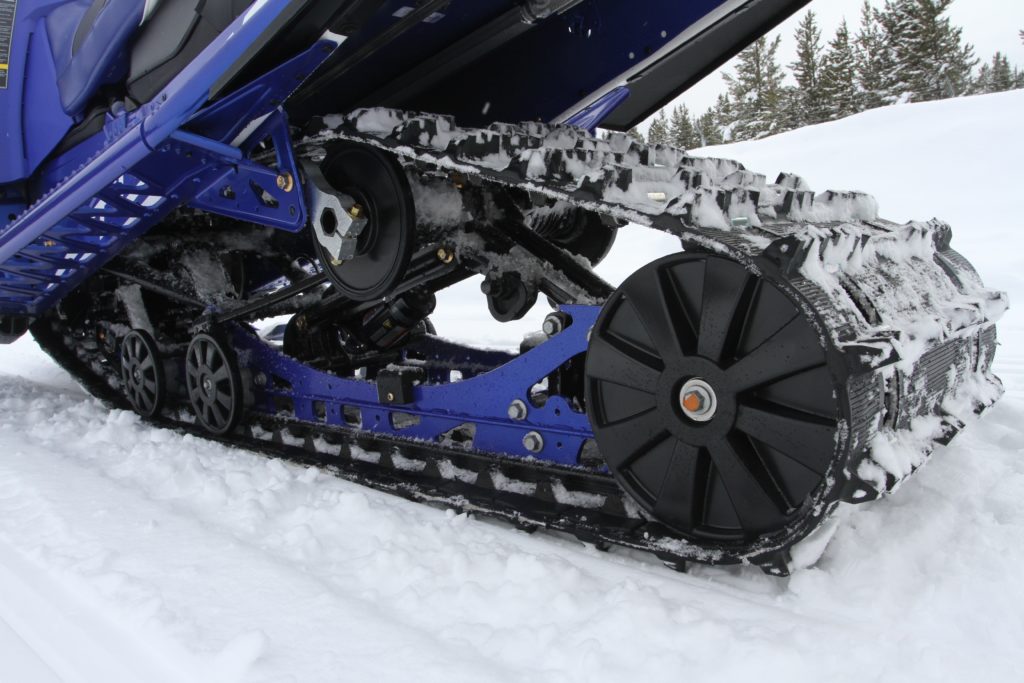 The SRX’s 1 inch track is not only good for speed, but just like the sleds from the last century, it allows for much more track spin. Which is counterintuitive when you first think of it, but this lack of grip allows the rear of the machine to play a much greater roll in the handling. Like sleds from back in the day, the SRX can slide the rear though the corners helping to reduce the feel of the heavy front end and understeering push by rotating around the axis of the chassis. Just like those old heavy sleds did way way back when.

I find for sporty trail riding, deep lug tracks take away so much potential, especially with sleds that have heavy front ends. Riding into a corner, with a bunch of weight on the skis, deep lugs have so much side-bite, its almost impossible to get the rear to rotate, which means you can’t pickup the throttle and you have to wait while the front is pushing way past the apex, almost to the exit of the corner before you can get back to throttle. Even on corner entry, you can load the luggy track with snow under breaking, allowing the sled to rotate, but as soon as the track clears, that side-bite kicks in again causing a snap correction and instant inside ski lift. With the much more balanced front and rear grip, the SRX is more manageable in the corners, plus its faster and more fun as well. 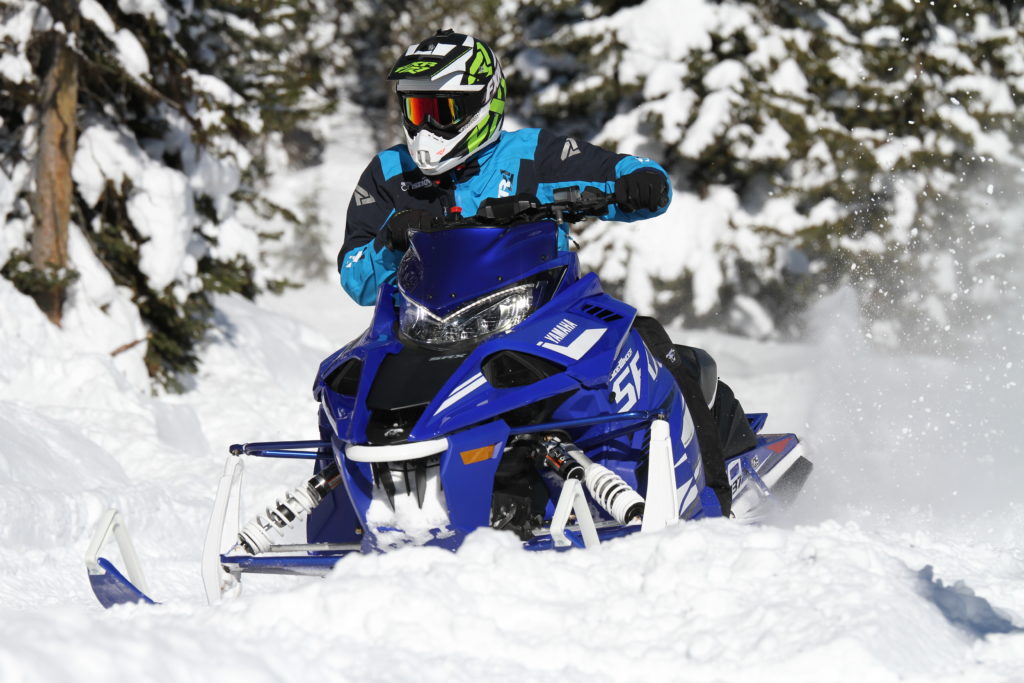 The combination of lowered ride height, reduced rear grip, together along with the horsepower of the SRX, and you have a epic snowmobile. A snowmobile that has finally won me over to the 4-Stroke side of the playground. It still has it’s limitations, such as not being real happy riding around in deep powder, or being able to set a lap time on a snowcross track, but that’s fine, nowhere does Yamaha say it can. Frankly, I don’t care that it can’t, those characteristics are not what attracts me to a snowmobile.