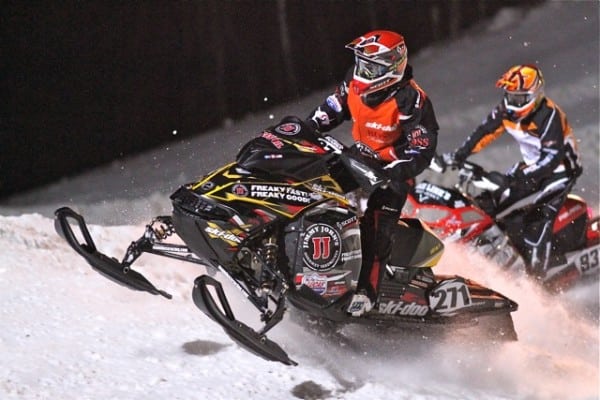 Seems the folks in Valcourt and way ahead of the game when it comes to the forthcoming 2013-2014 snowmobile racing season. While no photos are available yet, details on the new race buggy were recently released as was a call for racers. Is this a sign of things to come from Ski-Doo which has pulled-back from the racing scene in comparison to just a few short years ago? Here’s the official word:

Valcourt, QC May 7, 2013 – The Valcourt Race Shop team is working hard this summer to finalize snowmobile configurations in preparation for the coming season. While it will be September before all the final specs are released on the 2014 MXZ x 600RS race sled, a few general things are known and can be shared.

Concentration has been on improved holeshots, easier steering and better suspension calibrations for the snocross set-up with more details to follow September 6th at Hay Days. Racers can go to http://xteam.ski-doo.com/en-us/racers-resources, to download an application before the deadline of May 15th. For more information on Ski-Doo snowmobiles visit www.ski-doo.com, or the On Track blog site for racing specific information