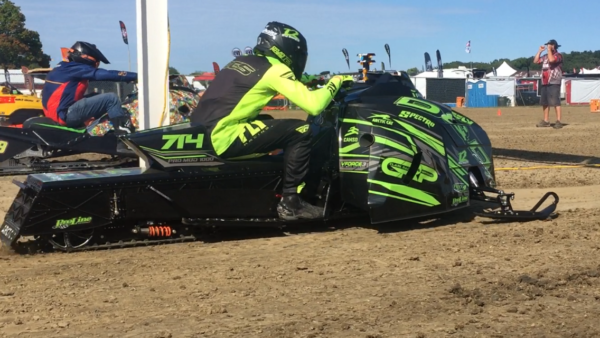 Okay, we know grass drag racing might not be as popular as it was during the 90s, but there’s no doubt the guys and girls who compete today, still take the business of going fast in a hurry very seriously. The biggest race of the season remains Hay Days, and this year it appeared there was an uptick in race entries (that’s just a gut feeling from us) and for certain greater interest in fans. During the big finals on Sunday, the grandstands were healthy with folks wanting to see just how fast these buggies have become and perhaps even more importantly, find out which color sled would be the quickest for the upcoming winter. Well if they guessed green, they likely won a few side bets or at the very least a cold beverage. The Arctic Cat racers were at Hay Days in force and they crowded the podium in the popular Stock 900 and Stock 800 classes when it was over. Here’s the official word from the kids at Cat.

Arctic Cat snowmobiles once again proved to be the quickest in the Stock categories, with Bernstein leading a top-3 Team Green sweep of Stock 900 and Stock 800 finals.

“Our history of being the fastest and winning the most prestigious drag racing events continued at Hay Days this year,” said Mike Kloety, Team Arctic Race Manager. “We have a lot of teams who work really hard to be their best at the premier events, which we truly appreciate. Plus we have some the fastest, most potent snowmobiles and engines for everything from the Stock classes up to the Lakeracer and Outlaw categories. Put it all together and we came out on top at the biggest event in the sport.” 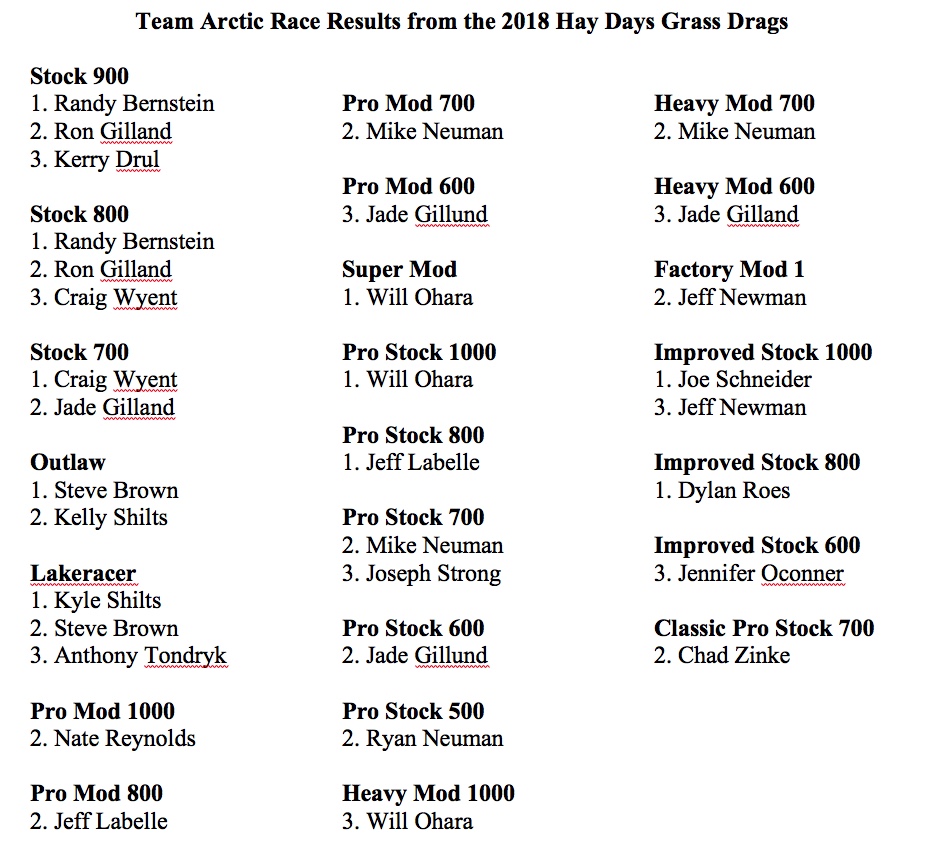