Is A Leaning Snowmobile In Your Future? Maybe. 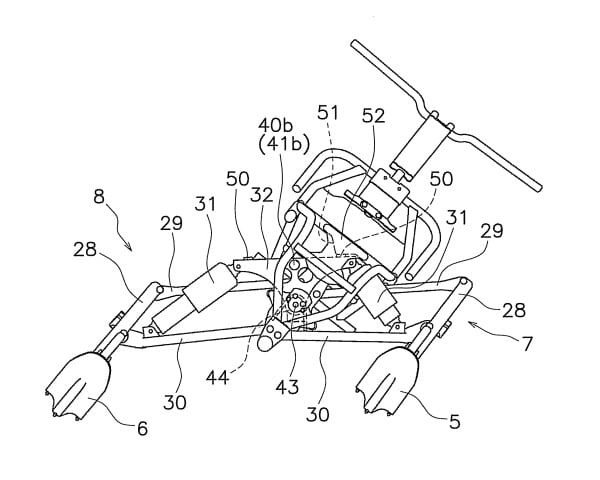 A leaning snowmobile? Seems gimmicky, like a twin track for the trail like those sit-in cockpit Manta deals. But are they really? Well, if a leaning snowmobile shows up at year dealer soon don’t be surprised, and here’s why:

Here’s maybe the oldest example we could find, a patent filed by Yamaha for a small snowmobile.

Looks like it was designed so the skid frame pivoted under the sled. A leaning snowmobile.

Fast forward to today, and you find some guy actually making leaning snowmobiles:

Interesting for sure, and definitely a lot of engineering involved. Kinda crazy though, right?

Maybe not. Remember that old Yamaha patent? Seems Yamaha has leaning vehicles on at least one of its burners as exampled by this concept motorcycle, the OR2T:

Here’s a “Roll enhancing snowmobile ski suspension for deeper snow riding” filed in 2011. Notice the interconnected shocks. One of the names on this patent is Gerard Karpik, the guy behind the Blade snowmobile. Hmm, now we’re getting somewhere!

This patent was filed in 2013 by Bombardier. That’s Ski-Doo to you and me.

And then there’s this:

Arctic Cat filed this patent for an articulating skid frame (simply called “Snowmobile Skid Frame Assembly” in the patent) in 2013.