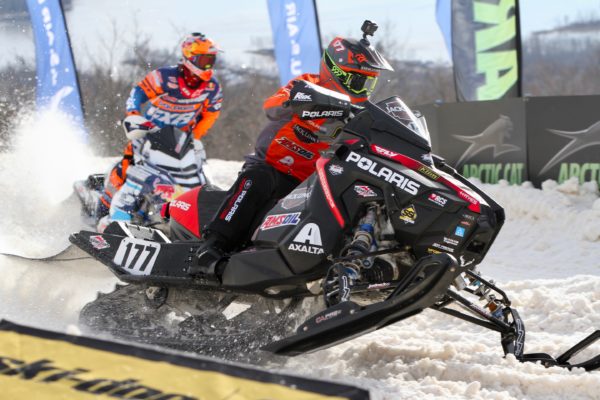 As Hay Days approaches and the dog days of summer quickly pass, snocross chatter and announcements have seemingly been on the back burner. Other than Tucker Hibbert’s retirement announcement this past spring, buzz of impending rule changes, driver swaps, and team shuffles have been quiet. However, our favorite meat snack race team Judnick Motorsports sent us an update with talk of bolstered support from Klim and more color pop to their rather mundane all black motif from year’s past. This is likely just the start of plenty more snocross chatter as the countdown to Duluth nears. Here’s the official word from the team.

Judnick Motorsports and Polaris Racing will be bringing more color and excitement to the 2019 snocross season than ever before. The team has recently signed a new three-year contract with snowmobile industry outerwear leader Klim, that will have riders Corin Todd, Nick Lorenz and Carson Alread outfitted from head-to-toe in the most technologically advanced racing and riding gear in the sport.

“We are super excited about growing our relationship with Klim,” said team owner Scott Judnick. “Red and black will always be our core look, but you will see a lot more color and variations on the boys this season. We can’t wait to help develop more racer-specific gear with Klim, along with utilizing consumer products such as their new F5 helmet, jackets, pants, boots and base layers that are the most comfortable and durable pieces available for the trail, mountain or back-country.”

In addition to Klim, Judnick Motorsports has extended their long-standing relationships with Jack Link’s Meat Snacks, AMSOIL and Axalta. The team utilizes a number of AMSOIL product in their race sleds, transporter and team vehicles, as well as at home and in the garage and will be promoting the company’s “Runs On Freedom” campaign this season.