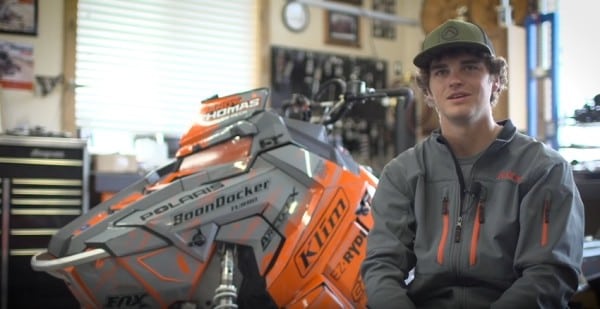 The crew over at KLIM was pumped to learn their sponsored athlete Andy Thomas was named RMSHA Racer of the Year for the 2017 season. As is usually the case with most racers, the season was one of incredible highs and lows for Andy and the kids at KLIM it was the epic destruction of one of his sleds at Jackson Hole proved to not only be the low point of the season, but as Andy tells us, also the moment “that defined him” going forward. Check out the video below.