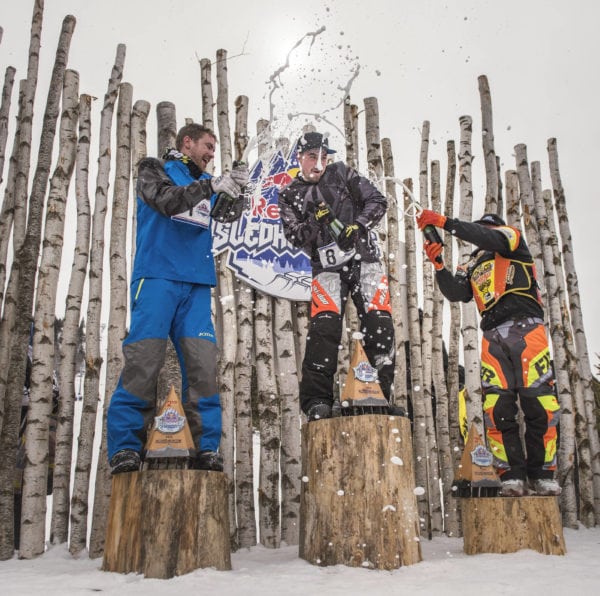 The energy of the crowd was not dampened by the cold temperature at Ski La Reserve this past weekend for the inaugural Red Bull Sledhammers event, the first of its kind uphill snowmobile battle. The roar of snowmobile engines added to the heart pumping energy brought by spectators as 64 men and women faced off in an open class format.

“I put my all into this competition with the firm intention of winning” said Max Taillefer, the first winner of Red Bull Sledhammers. Celebrating his 29th birthday today, the Saint-Donat native said, “The event was really cool. I’ve competed in the US and Canada all season, it’s great to win at home”. 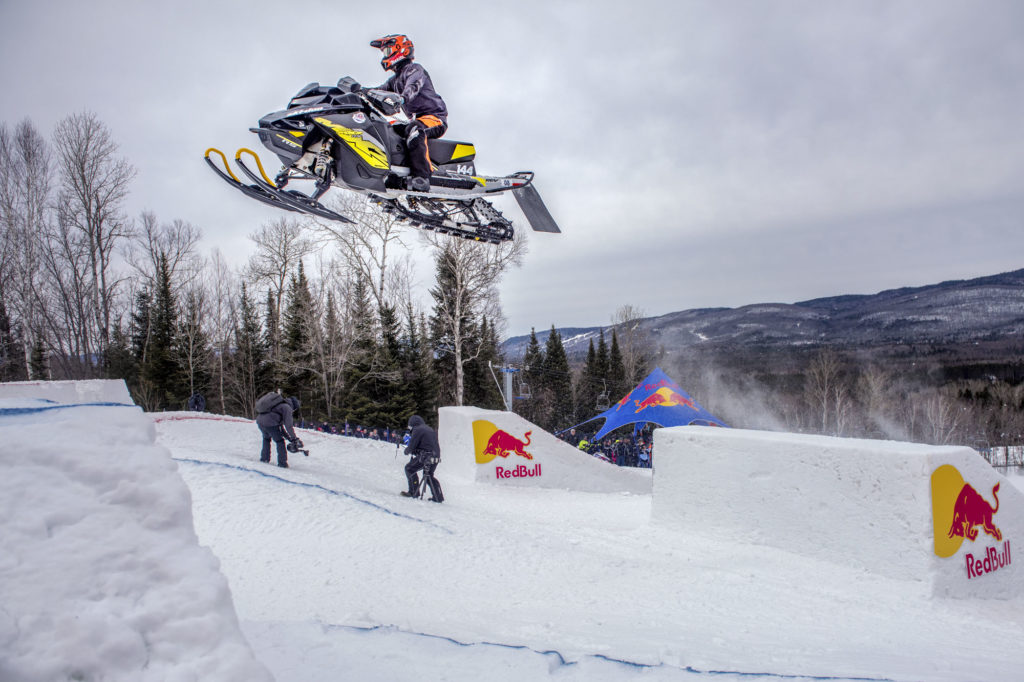 “In my book, Red Bull Sledhammers was a big success” confirmed Levi LaVallee. “The course was great; the competition was impressive and the crowd was amazing. I’m excited to see what’s in store for the next edition!” LaVallee wowed the crowd with a side act performance with mountain bike star Darren Berrecloth. 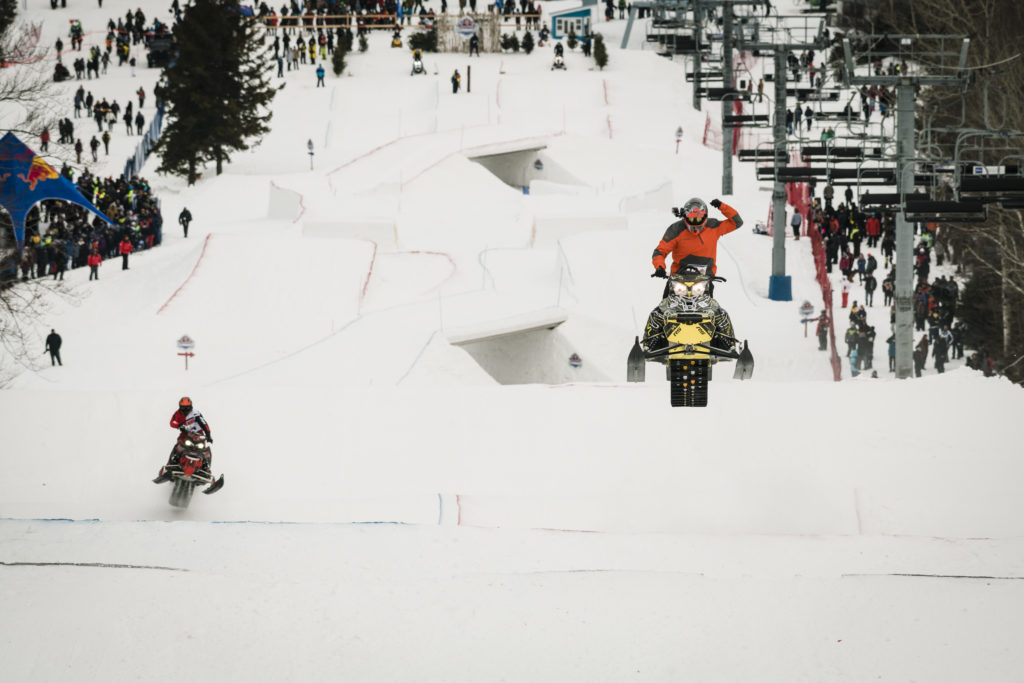 Special mention for the 4th place finisher, motocross amateur Jean Robert, for successfully completing his first snowmobile competition in impressive time. Meanwhile, 16-year-old one to watch, Théo Poirier, surprised fans when he was quickly eliminated in the second round. 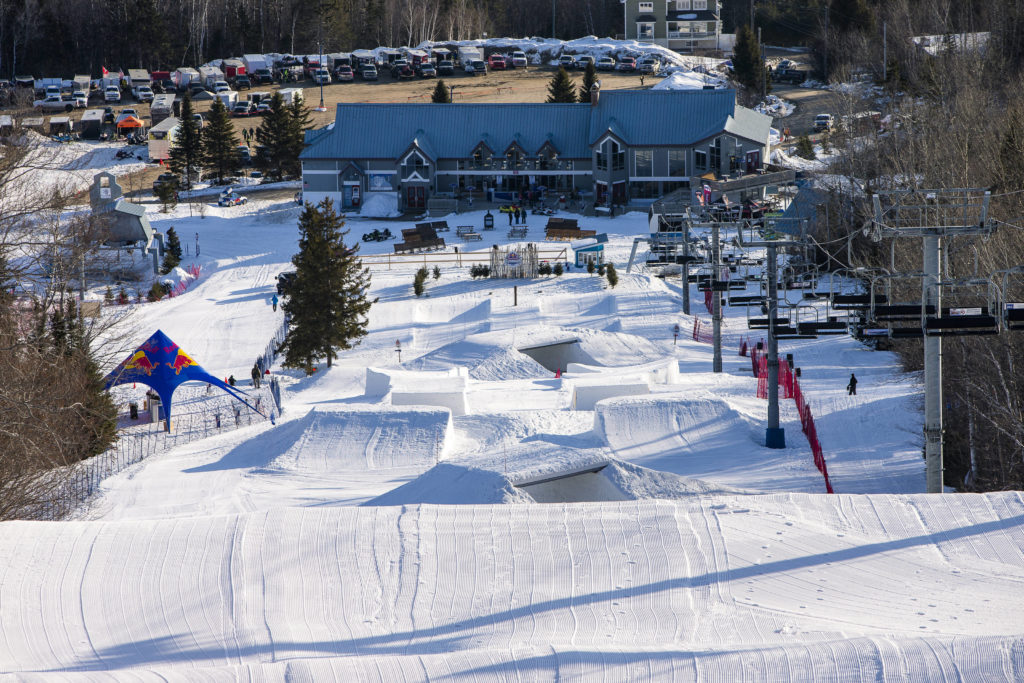 JOIN THE CONVERSATION – Visit Redbull.ca/Sledhammers to view all the highlights from the weekend. And Join the conversation using #REDBULLSLEDHAMMERS @RedBullCanada