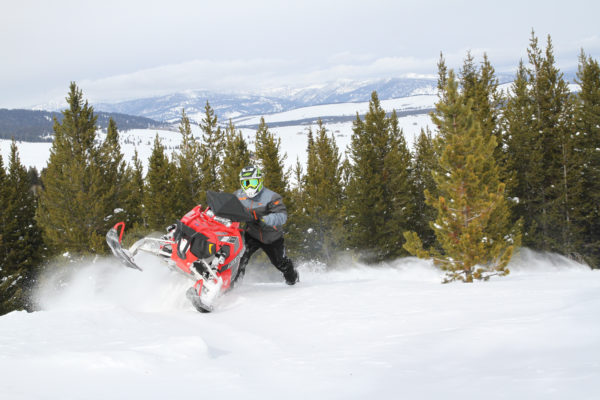 With most Polaris models making the switch to the AXYS chassis in 2015 and 2016 model years, the move not only brought greater balance and handling, it also created a snowmobile with greater versatility. This blending of on-trail and off-trail capabilitiesmirrored the marketas more and more riders looked for asled they could rallyon-trail one weekend and bomb powder and boondock trees the next. While the SKS (Snow King Special) nomenclature has been a part of the Polaris mix for the better part of 30-years, when the name resurfaced in 2016 with a 155-inch track, it was in essence a base model RMK. However, for 2018 the new SKS 146 is not only shorter in length, but it redefines deep snow versatility with a smattering of moretrail friendly attributes. 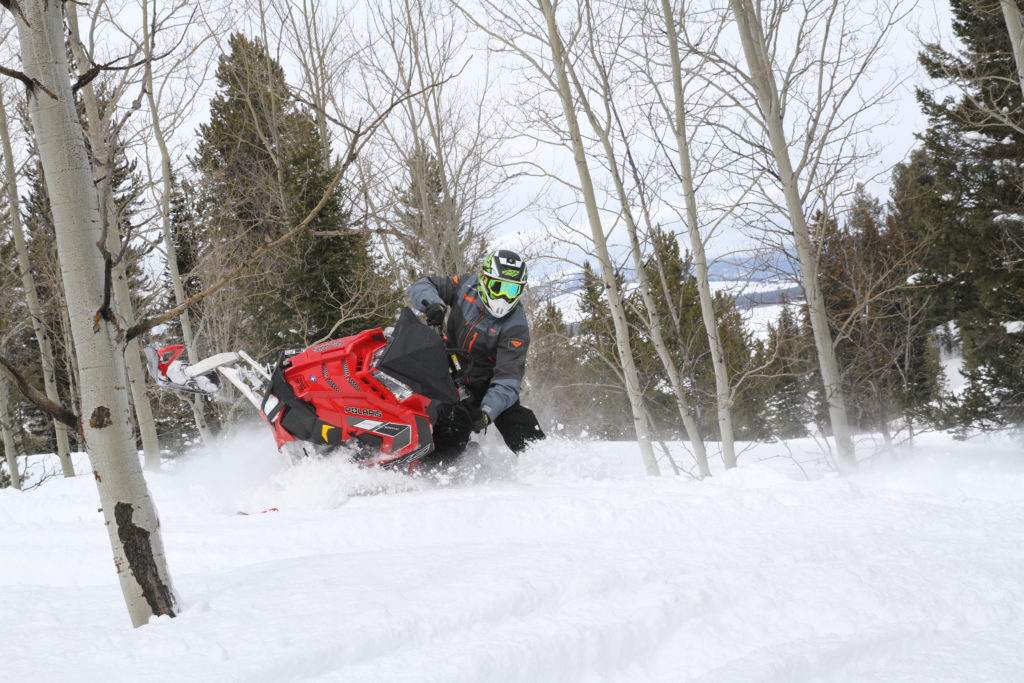 The platinum hair crowd will likely remember the first iteration of the SKS. Those early Indy sleds featured a “stretched” track and skid-frame, giving riders a whopping 133.5-inches of flotation. Conversely, the new for 2018 “short” SKS 146 has more track, more traction, more travel, more power, and more capability in every way. In other words, this is not your father’s SKS.
The crew at Polaris were feeling rather smug about the newest SKS this past spring when we had our second chance to sling a leg over the saddle. Our first ride was on the trails and ditches near the Polarismanufacturing plant in Roseau, Minnesota,and frankly we didn’t give the sledmuch time, as we were enamored with theimpressive Titan leading the “what’s new charge” for the upcoming model year. But come March, we gave the SKS 146 our undivided attention and we’re glad we did. 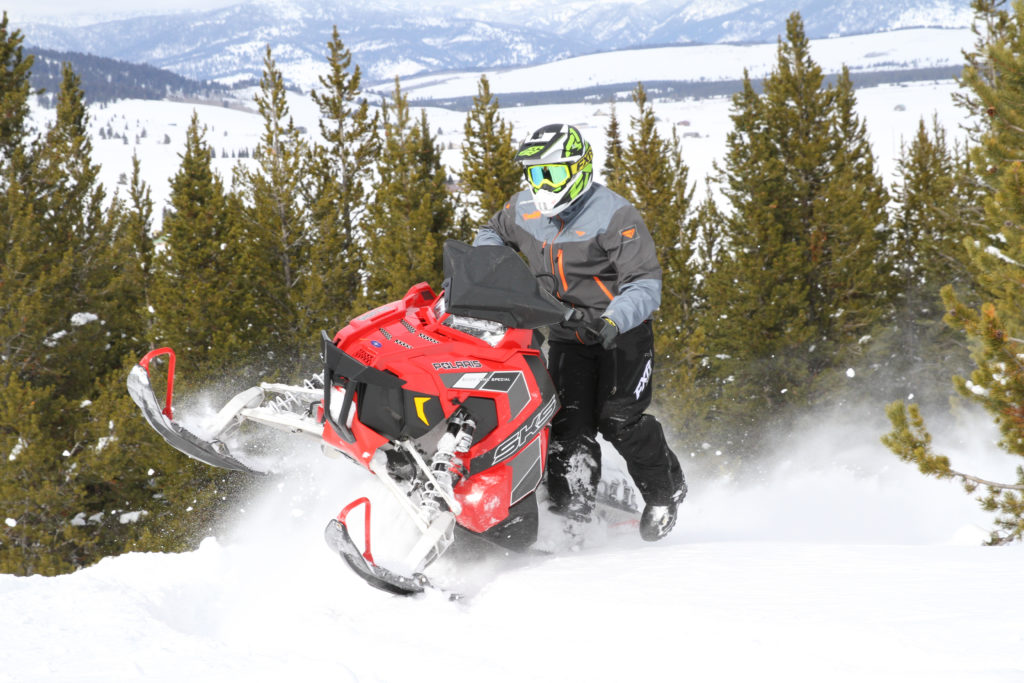 While much of the “new” sled is pure RMK, it’s the back-halfwhere things get different and in many ways better when it comes to serving up versatility and improved all-around performance. The shorter and less aggressive track alone makes the SKS much more versatile. The smaller lug height, shorter track, and tipped-up nature of the rear rails all help to give the SKS much improved on-trail habitswithout taking away from its deep snow roots. Originally pegged to have a Peak 2.25-inch lug trackspinning at the rear, which we found to be very good, a mid-summer change from the engineering crew now has a Series 5.2 2.25-inch lug track taking up residence. The new track is designed from the Series 5.1 track, the same track that has taken Polaris to the top of Snow King Mountain in Jackson Hole for the championshipfor the past several years.
The other major change to the SKS, and frankly the most important one, is the move to the IGX rear suspension. The IGX or Improved Geometry Xover, is the same rear suspension introduced on the Switchback Assault last year. If you recall, we gave the IGX skid high-praise for its much improved on-trail attributes compared to the RMK type suspension previously found under-tunnel of the Assault.Not surprisingly,the IGX skid delivers those same traits here.With a slightly longer footprint (146 vs. 144) the IGX suspension has been slightly recalibrated. Beyond that, the suspension delivers the kind of blendedperformance we experienced with the 2017 Assault. To do so, the skid features the same front torque arm and geometry as found on Rush and Switchback models, giving it far more travel (43% versus the RMK suspension architecture). This greatly improved travel at the front of skid is a big reason the suspension works so much better on the trail, especially when mounted in the AXYS chassis with its centralized rider and mass design. Of course, the rear of the suspension has been tweaked to better mate with the front and also features a tipped rail design to once again deliver improved hard pack performance. 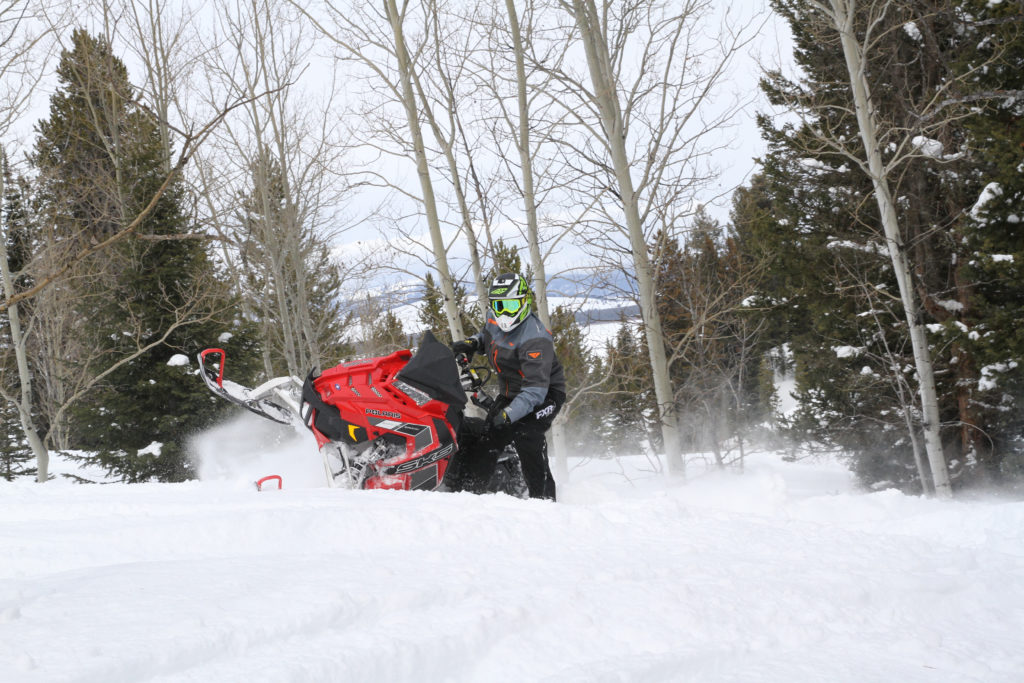 With so much focus on making the SKS perform better on-trail, off-trail riders will be happy to know the sledremains pure RMK in the deep stuff. In fact, it’shard to decipher a difference between the SKS 146 and comparable RMK model, especially when bombing meadows or exploring tight wooded backcountry. While the SKS won’t serve up the same flotation and deep snow performance as an RMK, the IGX suspension delivers better ride quality when bombing deep snow flats and creek beds.
In many ways,the SKS 146 represents the continued sub-segmentation of the broadly defined crossover category. In this case, the buggy is more deep snow focused and delivers its versatile performance where the trail ends, but does so with enough on-trail capability to get you there with improved comfort and control. A trail tamer it’s not, but for low altitude riders who venture west a few times a year and spend more-time making tracks than following them, the 2018 Snow King Special 146 could very well be your ideal throne. 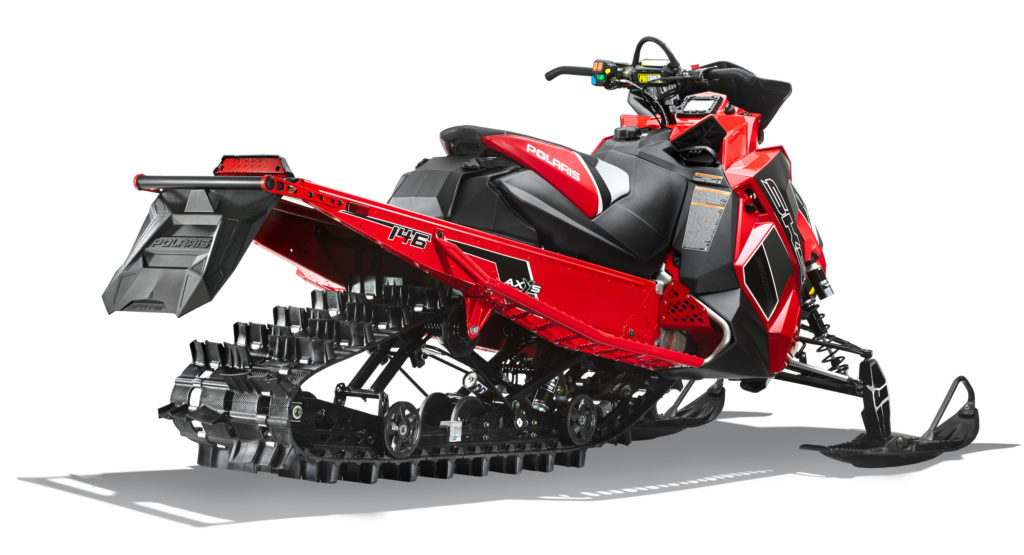 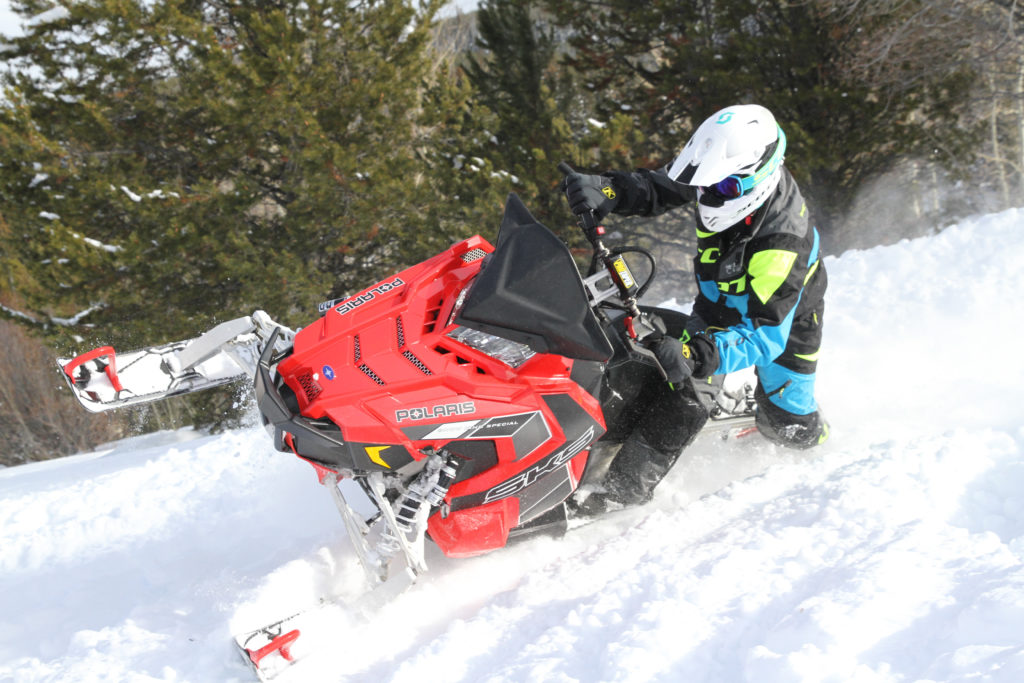 Thanks to the additional front-arm travel of the IGX rear suspension and the easy adjustability of the Walker Evans shocks, the SKS 146 can be a very adept at bombing hard pack whoops.
A narrowed front stance (adjustable from 39, 40, and 41-inches) and pure RMK ergonomics makes the SKS an incredibly adept powder sled. The shorter track, quick revving 800 HO power, and balanced AXYS chassis truly made this one of the easiest sleds for us to “flick” in the powder.

If you’re regular reader you already know we absolutely love the power deliver of the 800 HO motor. This is the sweetest, smoothest, and quickest revving big bore on snow and we never grow tired of squeezing the juice. 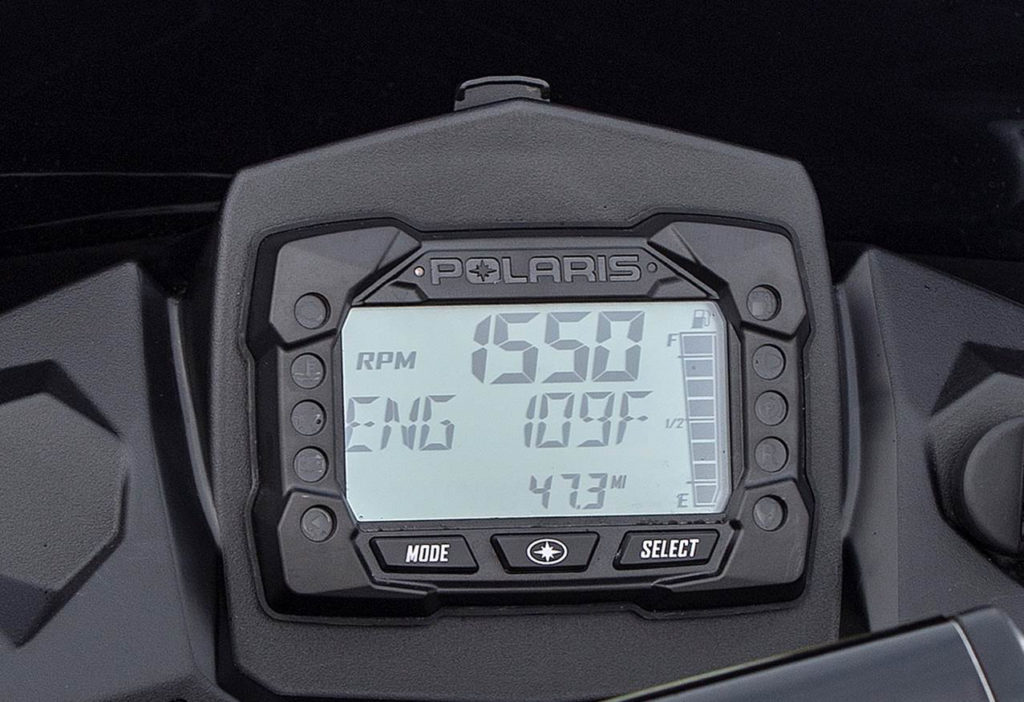 Introduced last year, the SKS 146 comes equipped with the all-digital Message Center gauge. While not as robust as the Polaris Interactive Digital Display, it serves up a wealth of information in a compact, and lightweight package.

The IGX rear suspension was introduced last year in the Switchback Assault and has now been revised and tweaked for the SKS in a slightly longer 146-inch version. A blending of a long-travel front arm found on the Rush and Switchback models and a deep snow ready rear geometry, we found the skid to perform incredibly well in deep snow bombing runs where a purer off-trail design would “crash through”.