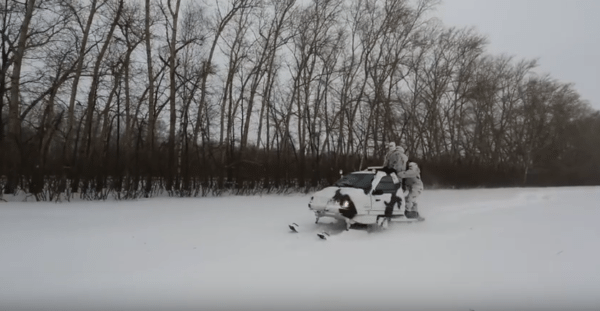 So you think you’re a bad-to-the-bone sledder? Doubt it. While you might huck a wind-lipped cornice, we figure you can’t hold a candle to the kids riding in this buggy, no matter how high you’ve got your truck jacked up. What you see here is the Russian Army’s newest ground buggy, designed for snow and transporting Russian forces operating in the Arctic Circle. It’s no secret Russia is making an all-out push to take the lead on dominating as much of the Arctic Circle as possible and the rich resources that go with it. NPO Transport is the company that builds this sled that can best be described as a Ski-Doo Elite on steroids. The company calls it a cross between a snowmobile and a jeep, and touts two tracks, a top speed of 37-mph, and has a range of 124 miles. Built for two up front and three more in the back, the TTM-1901 snowmobile can also pull a 600-pound load. Of course the coolest, or should we say most venerable aspect of the TTM, is the vehicle’s ability to mount a PKP Pecheneg machine gun. With a fire rate of 650 rounds per minute and a range of 1,600 yards, you best keep your pretty little wrapped snow machine out of sight…ya hear? 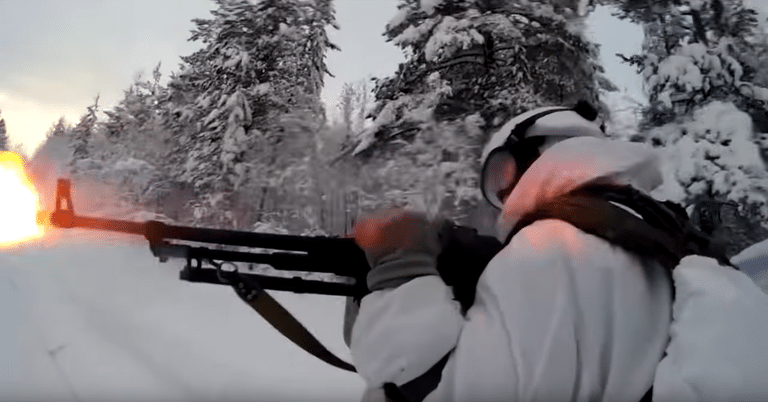