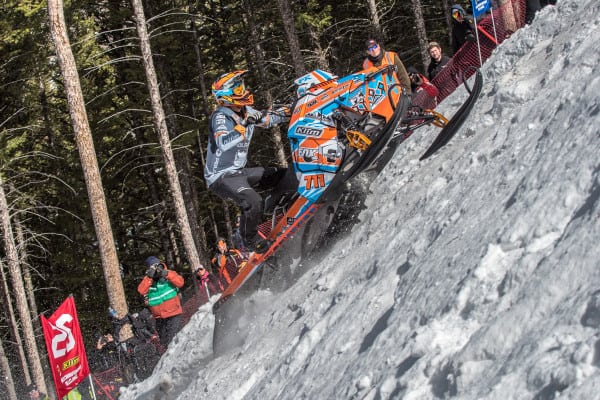 The biggest hill climb race of the season, the Jackson Hole World Championship Hill Climb just concluded this past weekend and Polaris riders did so well in the stock classes Polaris simply had to blow their own horn. For good reason, they swept the stock classes including Stock King of the Hill. Here’s the release that came across the interweb this morning from big P:

After Keith Curtis won two Stock classes and the Stock King title, he made a determined run at adding another King of Kings title to his impressive career resume, but finished second by just over 6 seconds. He finished third in three more Pro classes, and he won the Snow Bike class.

Erin Beukelman won both the 1000 Improved Stock class and the 700 Modified class. He earned a third podium spot with a third-place finish in 800 Improved Stock, and he finished second in both the Improved and Modified King of the Hill competitions.

Justin Thomas won the 600 Modified class aboard a Polaris, one of the five podium spots Polaris racers earned in the Mod classes.