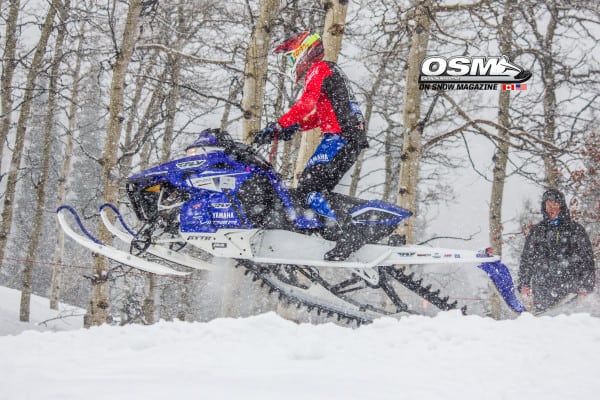 If you haven’t noticed as of late, the crew in blue from across the ocean blue (damn, we are poets eh?!) has been slowly making inroads into the snowmobile racing scene over the past few seasons. Oh yeah, the joint venture with Arctic Cat hasn’t hurt things either. Just look to the western hill climbs where Yamaha has went from failing to qualify to nabbing a podium at the Jackson Hole World Championship in just three seasons (that is legit right there). Of course they have also been playing in the world of cross country back here in the Midwest, and next year Yamaha hopes to get more grassroots competitors in the mix as the USXC ushers in the return of the classic Winnipeg I-500 cross-country race. How you ask? By paying your entry fee if you finish the race. Yup, screw having to win or ever podium, just line up with a race prepped Viper and lay down some hard run miles over four-days and you get your money back. Damn genius if you ask us. Here’s the official word from Yamaha on the I-500 plan.

Pleasant Prairie, WI—Yamaha  announced a new contingency program today, aimed at supporting the everyday snowmobiler who wants to make a run at the USXC I-500 race from Winnipeg, MB, to Willmar, MN. “We love cross country because it’s the most relatable type of racing for fans,” said Yamaha Snowmobile Marketing Manager, Wade West. “It is also the most achievable for a snowmobiler to try with their own trail sled.

“The USXC’s plan for the 2015 International 500-mile race brings back one of the heritage events of our sport and we want to support the revival of that tradition,” West continued. “So we are proud to offer a contingency prize to any Yamaha snowmobiler— We will pay back the entry fee for any officially registered rider in the USXC I-500 who starts in Winnipeg and finishes in Willmar on a Yamaha snowmobile!”

The support program is open to any entrant to the race, regardless of class or level. “We sincerely hope to see a large field of citizen racers challenging themselves and their snowmobiles at this event,” said West. “Cross country snowmobile racing is growing in popularity, and we are happy to encourage our customers to give it a try by offering this contingency program.”