We Got A Winnner! 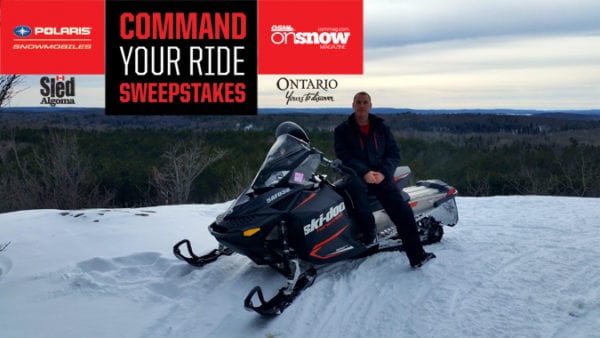 Dave Morin of North Bay Ontario is heading to the Algoma region to ride all new Polaris sleds with the crew from On Snow Magazine.

In September OSM teamed up with Polaris, Ride Command, and the Algoma Region in Ontario and launched the Command Your Ride Sweepstakes. The concept was simple yet epic. Sign up for the contest, download the app to your phone, and you could win an all-expense paid trip to Ride the 2018 Polaris Sleds in Ontario’s premier adventure riding region Algoma.

When we asked Dave how he learned about the contest he replied simply, “I entered the contest through the OSM website. Since the trails were not open in my area, I was clicking on links to read informative articles and watch snowmobiling videos and dreaming of riding!” 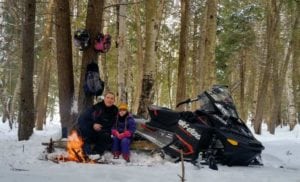 Upon learning he won, Dave was super stoked and was able to reply with a simple “Hell Ya”. After the initial shock wore off, Dave explained that he has just recently purchased his first sled just last year, and this is his first year as a full time sledder. He has never been to the Algoma Region, and we also explained that we will be heading out with the guys from TopSecretBookDocking.com to get some back country riding in,Dave also was able to give us another “Hell Ya”.

Stay tuned and follow this story as it unfolds this week, on all our social media channels, and then a full segment will be airing on Snowmobiler Television in March of this year.