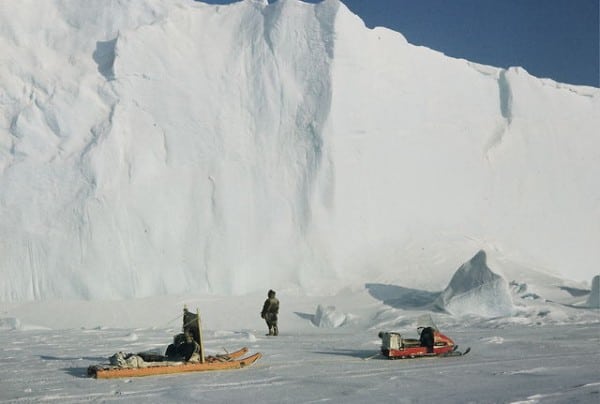 During the crazy 1970s snowmobiling was immensely popular and everyone was trying to get in on the act including a man by the name of Bill Cooper, who attempted to ride from Minnesota to Moscow via snowmobile in 1972. Aside from his snowmobile adventure, the story of Bill Cooper also includes a leadership role in a massive drug smuggling operation and later being named one of America’s Ten Most Wanted by the U.S. Marshall Service. The story was so interesting, that Minnesota independent film maker Mike Scholtz produced a one hour documentary called Wild Bill’s Run. The movie will premiere in Minneapolis this Thursday, April 19th at 7:00pm, as part of the Minneapolis/St. Paul International Film Festival, and members of the OSM crew will be there. In addition to Minneapolis, the film is also slated to play in Seattle in May. To learn more visit the official Wild Bill’s Run website. Also watch for a feature story about the film, Wild Bill, and Mike Scholtz in On Snow Magazine this coming season. Not a subscriber yet? Click on the On Snow Magazine Subscription Zone and get hooked up today!

Here’s the official statement about the film and more details on Mike Scholtz.

This is the strange but true story of Wild Bill Cooper. Part Arctic adventure and part crime caper, WILD BILL’S RUN is an unforgettable ride with a true American folk hero.

In the winter of 1972, Wild Bill Cooper led a ragtag crew of mechanics, ranchers and photographers on a grueling expedition across the polar ice. During some of the darkest days of the Cold War, their goal was to snowmobile 5,000 miles from Minnesota to Moscow.

They didn’t quite make it.

After the expedition returned home, Cooper embarked on a startling new adventure. Accused of leading a massive drug smuggling operation known as “the Marijuana Air Force,” he was named one of America’s Ten Most Wanted by the U.S. Marshals Service. But the wily outdoorsman was never caught. He refused to surrender to the law, just as he’d refused to surrender to the Arctic. Even today, his whereabouts remain a mystery.

Mike Scholtz works in healthcare marketing by day, documentary filmmaking at night and film festival planning on the weekends. He’s a busy guy, doing everything he can to make Minnesota a more interesting place to live.

His previous documentary shorts include MADTOWN, LINES OF COMMUNICATION and THE ANGELA MURRAY GIBSON EXPERIENCE. You may have seen them at film festivals. He hopes you liked them.

Mike Scholtz is one of the founders and programmers of the Free Range Film Festival, a celebration of independent cinema in rural Minnesota that just happens to take place in a giant 95-year-old barn.