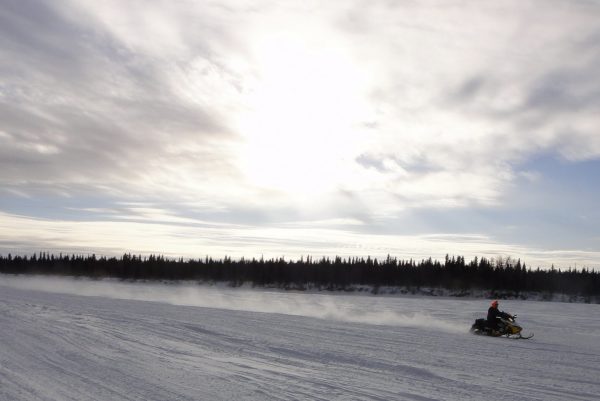 When the Iron Dog Board of Directors met this past summer, the fate of the long-standing cross-country race across the rugged Alaskan bush was in jeopardy. Rumors of cancellation or at the very least, temporarily suspending the race until additional finances could be secured seemed at the time to be a very real possibility. But at a follow-up meeting in late August, the board voted unanimously to resume the race. According to Iron Dog President Jeff Johnson the race costs more than $400,000 to put on each year. But thanks to sponsors who came on board this summer, and a commitment by more than 50 racers who said they want to be in the race this year, the race is back on for 2019. The board is also looking at adding more board members to help run the race and hiring a new executive director. While the race will stay relatively the same, some aspects will change. “More than likely we’ll not hold the ceremonial start in downtown Anchorage,” Johnson said. “We can spend our money in better places. The parking and maneuvering downtown wasn’t working out. We had a great turn out in Big Lake (last year) so we’ll just do other things there.” For more details on the race, changes in store, register or sponsor support, visit www.irondog.org