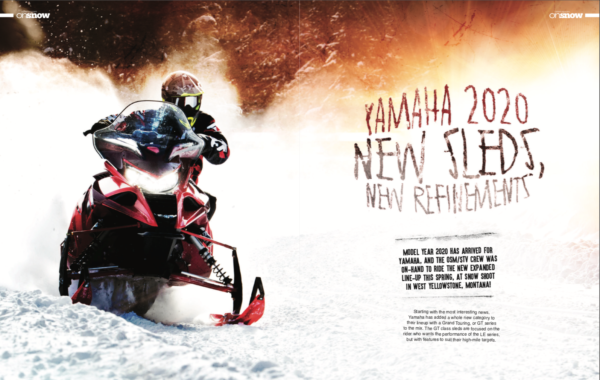 Model year 2020 has arrived for Yamaha, and the OSM/STV crew was on-hand to ride the new expanded line-up this spring, at Snow Shoot in West Yellowstone Montana!

Starting with the most interesting news, Yamaha has added a whole new category to their lineup with a Grand Touring, or GT series to the mix. The GT class sleds are focused on the rider who wants the performance of the LE series, but with features to suit their high-mile targets.

The three new machines in the GT line are easily identified by the Velocity Red livery, and include a Sidewinder L-TX GT, a first ever 2UP Sidewinder S-TX GT, and an L-TX GT SRViper that can now be found in the Gen2 bodywork. In addition to the premium red paintwork, GT series sleds gets the rider a taller windshield, increased storage capacity, upgraded suspensions, and in-season availability. 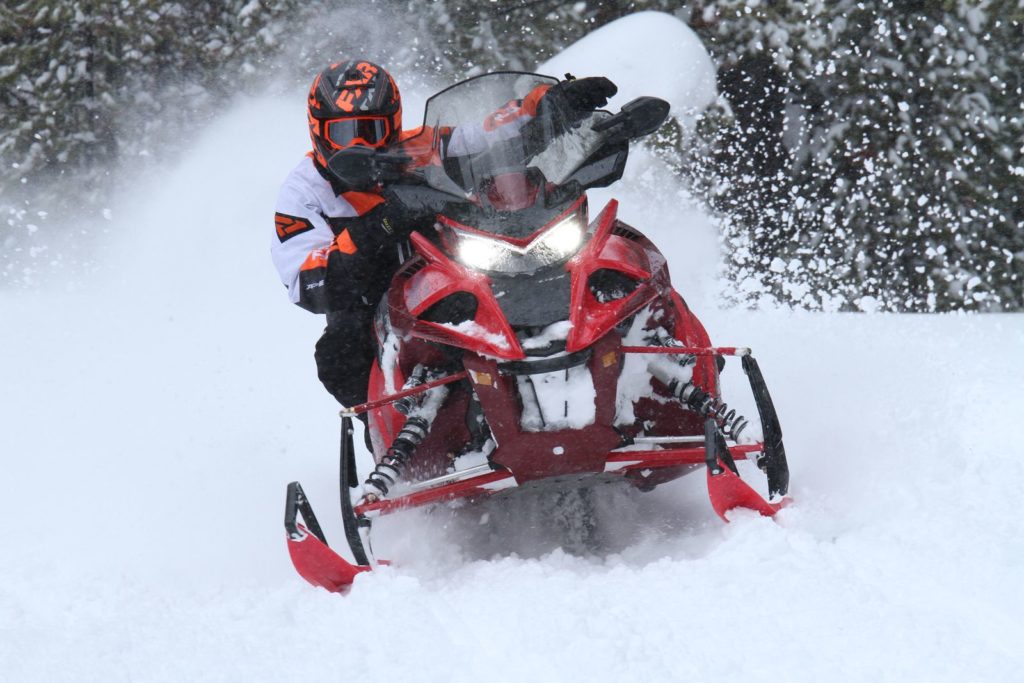 Refinements have also been made to the in-season SE line up as well. Starting with the front suspension, the SE line receives the new ARCS front suspension geometry, just like the GT and LE lines, except B-TX LE. This new spindle moves the lower control arm up about an inch and a half by raising the outer ball joint mounting point. This improves the geometry of the front end roll centre, which increases grip, while keeping the inside ski planted. The SE line also stands out with some impressive high impact graphics.

The LE line has always offered the best Yamaha has to offer, and these models are only available during the Spring Power Surge. Led by the SRX LE, it’s back for 2020, but only in Midnight Black with Liquid Silver graphics. Other sleds in the LE class can be identified by their new Jet Stream Blue colour package and premium features like FOX iQS suspensions. 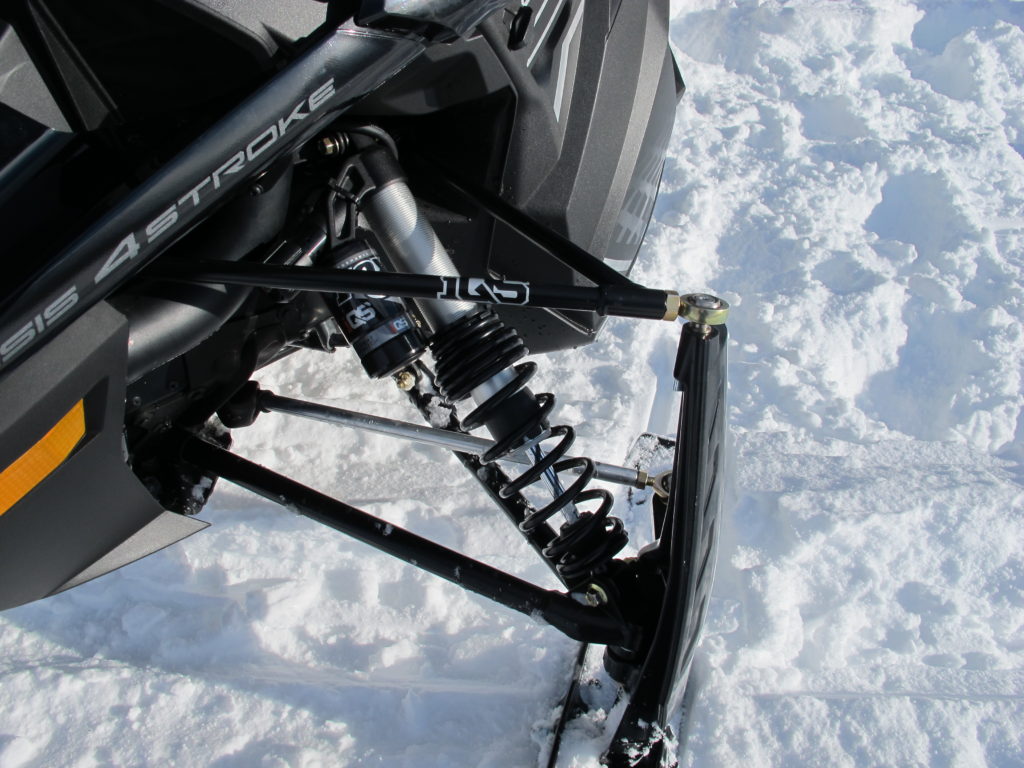 Yamaha’s crossover machines see a new rear suspension called the VersAttak. An uncoupled skid, this new suspension incorporates mountain style front arm, 146” rails, and a longer rear QS3 shock. This new skid can devour whooped out trails, and provide the transfer needed to lift the skis in the boondocks, making the new X-TX the best Yamaha crossover ever.

Other notable improvements for 2020 include tether cords and push-button starting on almost all models except for the SRViper. In addition, models such as the RS Venture TF And VK PRO II are back in the lineup, as well as the VK540, but remain largely unchanged from previous years. 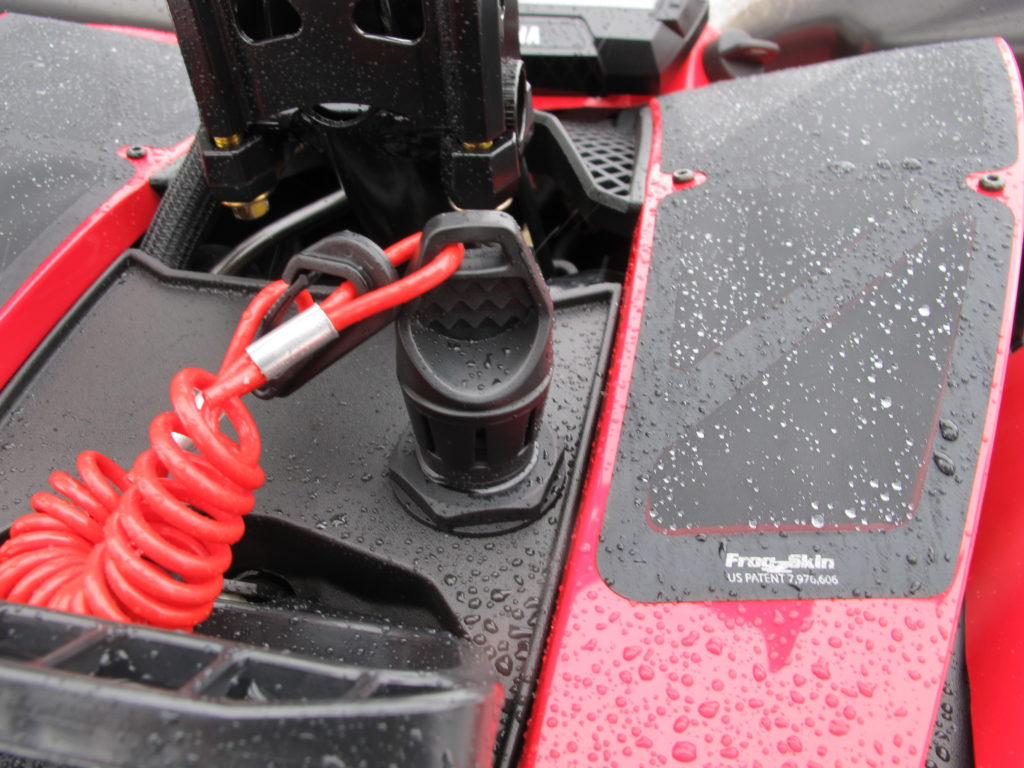 Completely new for 2020 is the Transporter 600. A 2-Stroke (yes you read that right) utility sled, like the Polaris Titan and Skidoo Expedition, this new Transporter blurs the lines between pure recreation and  work oriented snowmobiles. Being only a 600 class engine, the other sleds in this emerging market segment are slightly livelier to ride, but the 600 twin can hold its own. 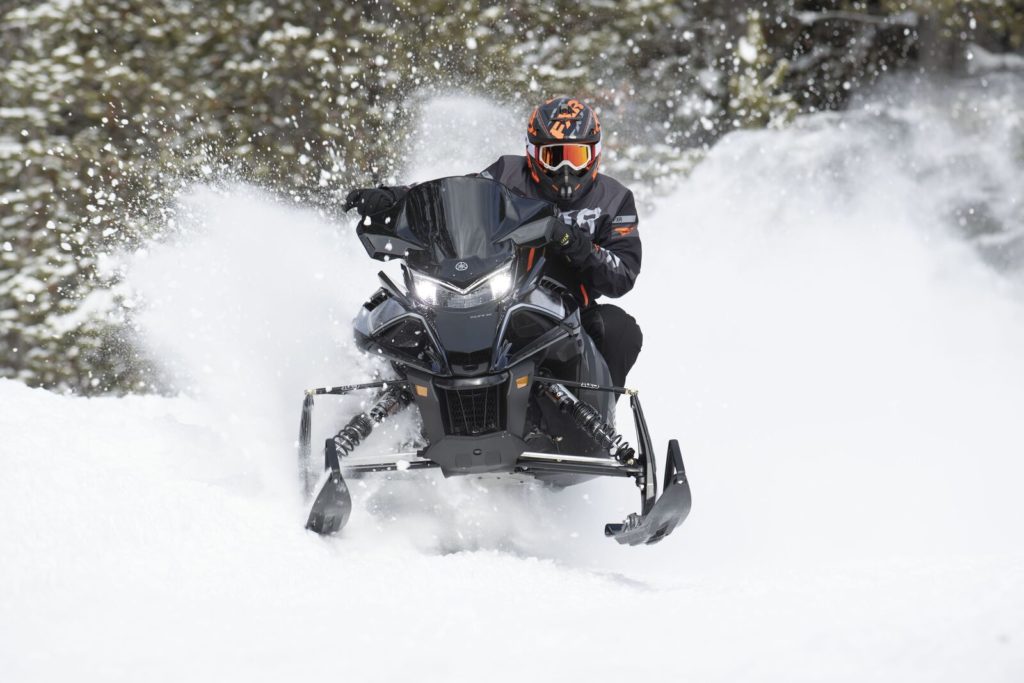 Out back, the Transporter is shoed with a 15x153x2.25 Camso Power Claw track, wrapped around a long travel rear suspension. The skid rails are also articulated at the rear to shorten the feel of the sled on hard pack trails, and to help the rear climb the snowpack while reversing. The hinged section is also lockable with a simple pin design, for when maximum traction is needed.

Yamaha’s model year 2020, shows their commitment to the snowmobile industry with the addition of six new models, a new GT category, and refinements to almost every sled in the line-up. To make sure you get the Yamaha you want, get down to your closest Yamaha dealer to take advantage of the exclusive sleds and options offered only during Spring Power Surge! 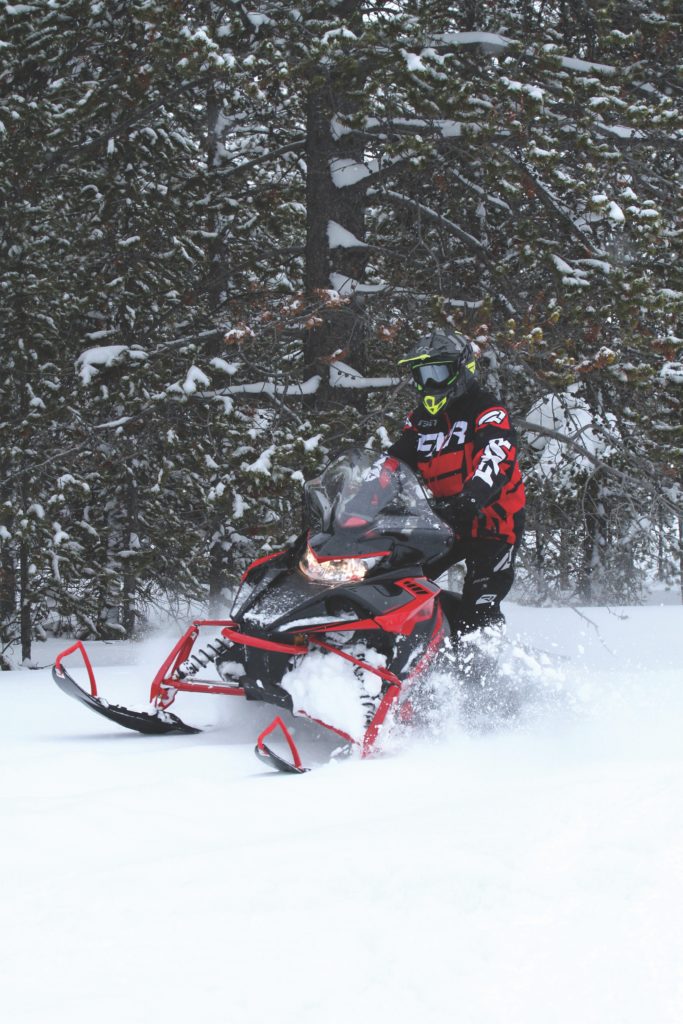