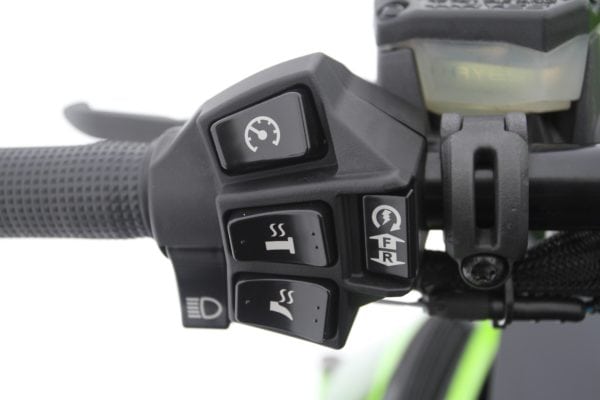 It’s the little things that sometime matter, and attending to attention to detail touch-points such as the handlebar controls can be a difference maker when plopping down nearly 15 big ones on a new buggy. The controls on Arctic Cat sleds (and Yamaha counterparts) were getting a bit long in the tooth, and with the need for a fresh button to control iACT/iQS, Cat went to work designing new ones. The new backlit and more compact controls now incorporate a push button start for two-stroke models (similar to Ski-Doo) and hand and thumb warmer controls with gauge indicators. Also included is a new throttle block and stand-alone kill switch, which can now be rotated down and out of harm’s way. While we can’t give the new controls the best in class nod, they are a significant improvement.