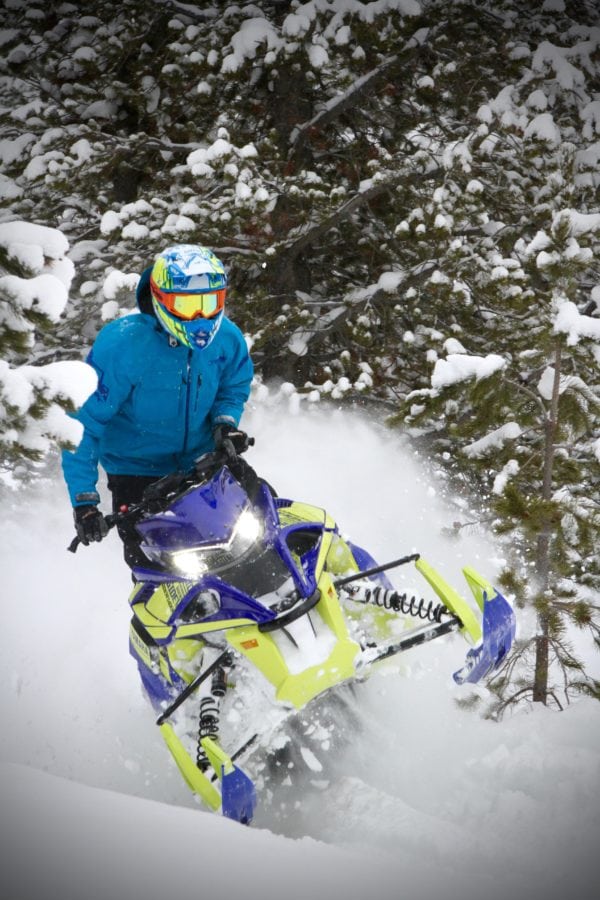 Every spring the manufacturers look for ways to attract customers into dealerships and lay down some fresh towards the purchase of a new model snowmobile. The early order program is a great way for manufacturers to gauge interest and more importantly adjust build numbers for the coming winter. Yet with fickle winters and an industry that at times thinks it’s still operating in 1998 retail conditions, dealer inventory has become an issue for all manufacturers. To clean out the pipeline often requires one of two paths: lower prices significantly with big rebates and incentives to sell the non-current units; or build way less. The later approach is the smart move and the best for dealers, but most manufacturers are not willing to absorb the pain associated with it. Yamaha however has stepped up to the plate and for 2019 they have significantly trimmed their model offering and will put significant focus on sales during Spring Power Surge. In fact, if you want a popular Limited Edition Sidewinder model or the hot new SRX, you must buy this spring. Come winter, only four full-size sleds will be offered along with the SRX120 and SnoScoot models. In addition, Yamaha is sweetening the pot with a sweepstakes and a chance to win a Yamaha snowmobile of your choice, a generator, or pressure washer. Visit yamahamotorsports.com for details and see your local Yamaha dealer before April 16…you’ve been warned.

With the initial breathless hype subsided and time to make a spring buying decision, the staff at On Snow Magazine is bringing you 19 days of new snowmobile and technical innovations along with our first impressions.