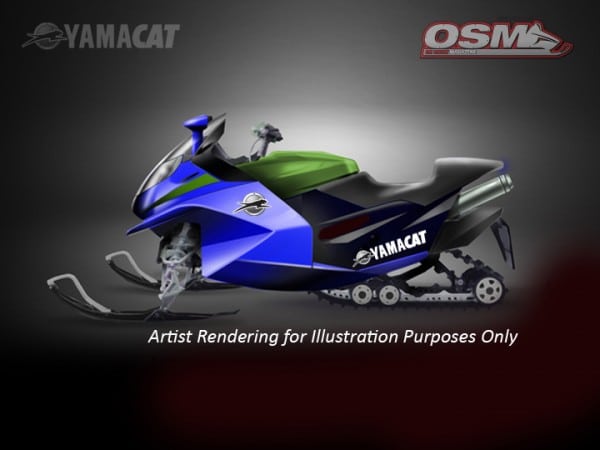 There is a buzz in the air that our acute OSM “spidey” senses have been picking up since mid-summer. Rumors of Yamaha and Arctic Cat becoming bed partners have been growing stronger and stronger as the announcement of 2014 models inches closer. We can’t confirm much with cold-hard facts, but we also sense there is change brewing and whatever it might be, it could very well rock the status quo. Here’s what we “sense” and why we think a YamaCat is not as crazy as it sounds.

Just to be clear…as of today there IS NO HARD EVIDENCE OR PROOF IN OUR HANDS OF A YAMAHA AND ARCTIC CAT PARTNERSHIP beyond the SRX 120; and everything you have read to this point is pure speculation. We’d love to speculate and pontificate further on the possibilities of such a partnership and specific models, but we will save our breath and let you noodle and speculate on your own. As always, time will reveal what is really going on and whether we look like prophets, idiots, or both.