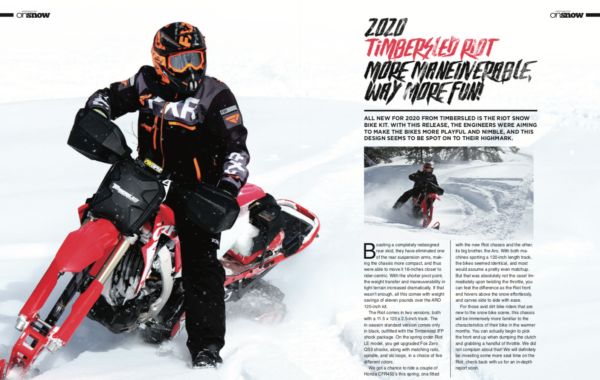 All new for 2020 from Timbersled is the Riot snow bike kit. With this release, the engineers were aiming to make the bikes more playful and nimble, and this design seems to be spot on to their Highmark. 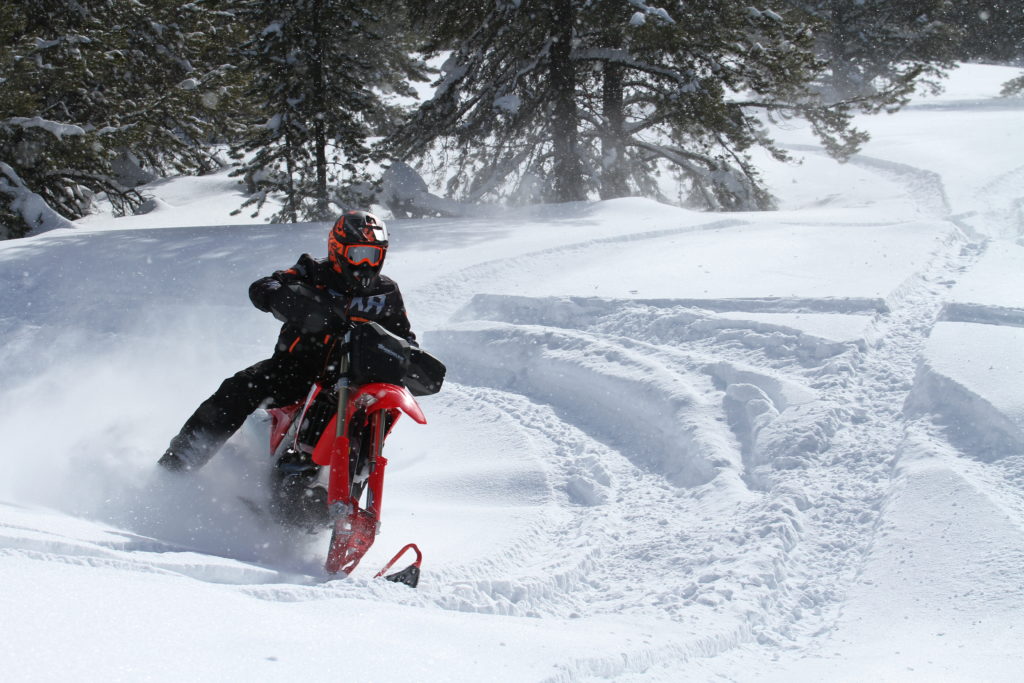 Boasting a completely redesigned rear skid, they have eliminated one of the rear suspension arms, making the chassis more compact, and thus were able to move it 16-inches closer to rider-centric. With the shorter pivot point, the weight transfer and maneuverability in tight terrain increased dramatically. If that wasn’t enough, all this comes with weight savings of eleven pounds over the ARO 120-inch kit.

The Riot comes in two versions, both with a 11.5 x 120 x 2.5-inch track. The in-season standard version comes only in black, outfitted with the Timbersled IFP shock package. On the spring order Riot LE model, you get upgraded Fox Zero QS3 shocks, along with matching rails, spindle, and ski loops, in a choice of five different colors. 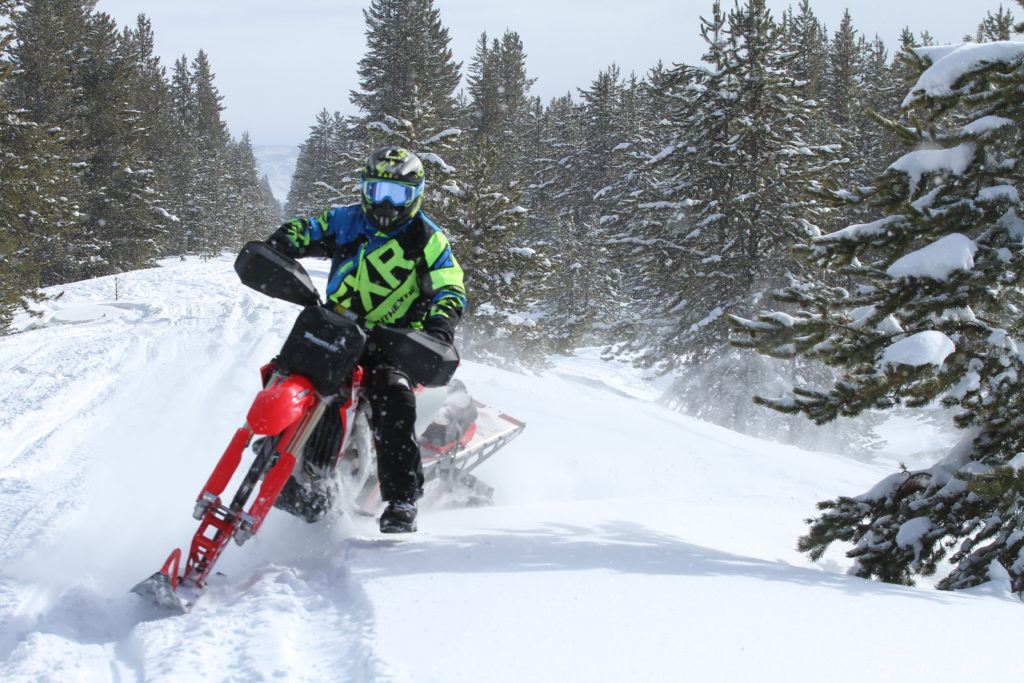 We got a chance to ride a couple of Honda CFR450’s this spring, one fitted with the new Riot chassis and the other, its big brother, the Aro. With both machines sporting a 120-inch length track, the bikes seemed identical, and most would assume a pretty even matchup. But that was absolutely not the case! Immediately upon twisting the throttle, you can feel the difference as the Riot front end hovers above the snow effortlessly, and carves side to side with ease.

For those avid dirt bike riders that are new to the snow bike scene, this chassis will be immensely more familiar to the characteristics of their bike in the warmer months. You can actually begin to pick the front end up when dumping the clutch and grabbing a handful of throttle. We did not complain about that! We will definitely be investing some more seat time on the Riot, check back with us for an in-depth report soon. 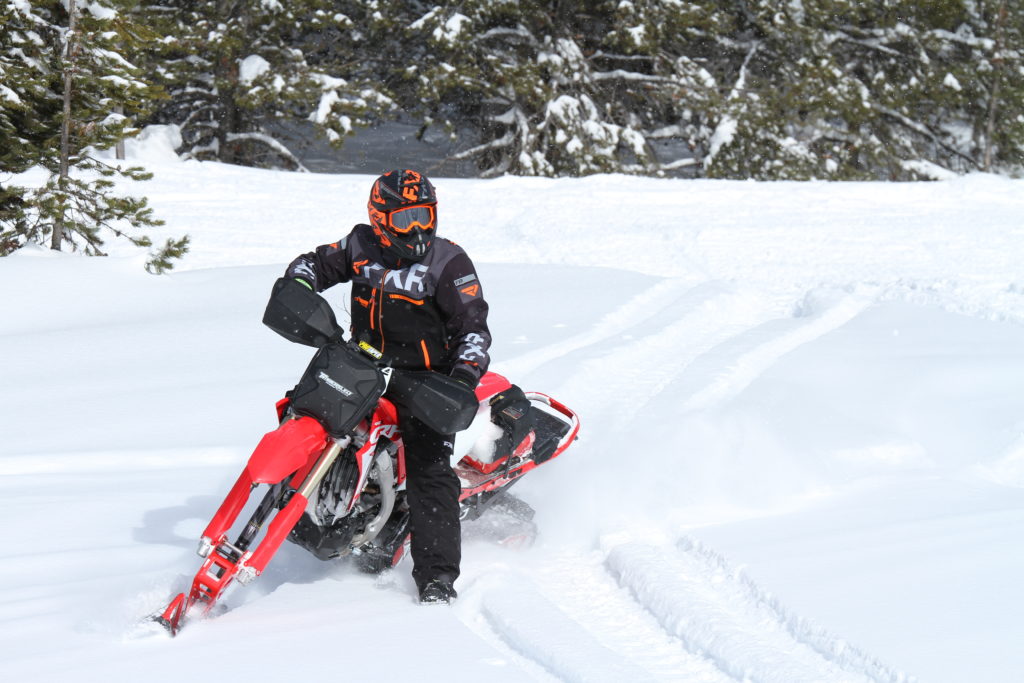