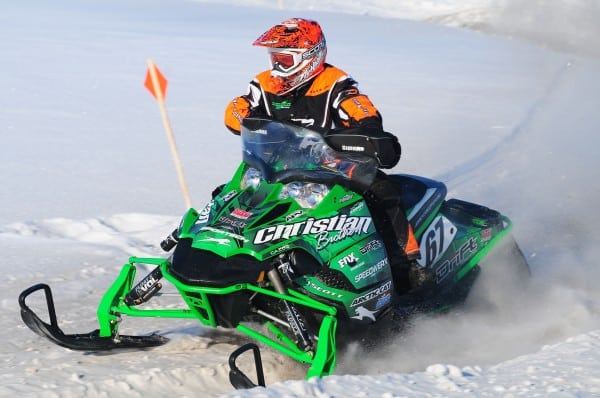 Not long after the dust settled on the announcement that the United States Cross-Country circuit would cease operations, legendary cross country champion and industry veteran Brian Nelson stepped up and announced the birth of an all-new cross-country snowmobile racing circuit dubbed United States X-Country (USXC) (clever eh?). No question former USCC visionary Pat Mach, who met an untimely and tragic passing, had cross-country on the fast track for growth and recognition. Now after a few road bumps, it is hoped Nelson can do the same. Obviously Arctic Cat is feeling the same positive vibe with their announced sponsorship of the new circuit of the 2012-2013 season. Hopefully other OEMs will follow. Here is the official release from Cat:

Thief River Falls, Minn. (Sept. 4, 2012) – Arctic Cat is happy to announce the sponsorship of the recently formed USXC (United States X-Country), the premier cross-country snowmobile racing circuit that will provide a series of terrain races in the Midwest during the 2012-2013 season.

USXC owner, Brian Nelson formed the cross country race organization after the USCC announced they would be ceasing operations for the coming year.

As a decorated cross country racer, Nelson said, “Cross-country snowmobile racing has been my life for more than 40 years, and during that time there have been many great people and circuits that provided an outlet for cross-country racers. Starting USXC is my way to give back to the sport I love and preserve a quickly growing form of snowmobile racing.”

The USXC series will consist of six to eight events, including a premier three-day, 500-mile cross-country race held in Northwestern Minnesota.

Team Arctic Race Manager, Mike Kloety said, “We are looking forward to running the USXC events this winter. Brian Nelson has an undeniable passion for cross country racing and we know he will work tirelessly to grow this segment of snowmobile racing.”