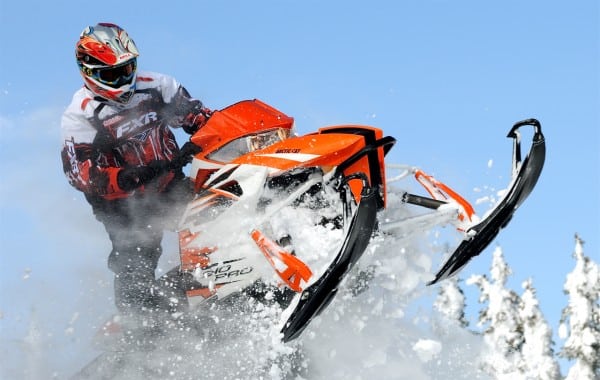 With a 2012 lineup that was nearly new from head to toe, it’s not surprising the feline fold from Thief River Falls has backed off the accelerator slightly for the 2013 model year. Certainly the new race bred RR and long distance and versatile tuned Cross Tour represent fresh faces in the Cat’s pride. After pawing around the 2013 liter box, we found several more “not so obvious” changes and improvements you may not find in the glossy pages of the 2013 marketing brochure. Here’s a look.

Reverse Rack – Last year some Cat owners experienced a finicky reverse mechanism that at times would not fully engage due to insufficient force. The old “arm” design has been ditched for a rack and pinion unit in 2013 that delivers more force and engages more quickly.

Keep Rolling – New cam rollers in the secondary are constructed from a material dubbed Torlon. The new rollers can withstand twice the force of the 2012 design and should eliminate those few rare occurrences of cam rollers cracking.

Cool Belts– Using the same compound and make-up a as the Cat turbo belts, all 2013 M800 buggies will be shipped with an improved belt that is said to reduce belt temps by 67 degrees.

Vent Bling – Remember that gaping hole on the dash where the steering post poked down into the cowl? Cat intentionally designed the area to look “unfinished”, however the fashion police cried fowl, and Cat will now snap-in a diamond vent cover for 2013. Don’t worry style riders…it will fit your 2012 too.

Crossover Speed – More speed will be geared into 2013 XF models after some 2012 owners were “stuck behind a rock” on long pulls. Gearing will be bumped from a “theoretical” 90mph (still found on the XF High Country) to 110mph.

Wheeling Forward – Short track F-models should experience reduced hyfax wear as a set of front idler wheels has been moved from just behind the front arm shock to in front of it for 2013.

Curveless Exchange – Dripping with new tech, one unique feature of the 2012 ProCross was a curved heat exchanger at the rear of the tunnel. However PIA tunnel wear strip installation and excessive ice-build up has prompted Cat to return to a more traditional “flat” mount exchanger.

Get the full download on all the key changes to the Arctic Cat line-up for 2013 along with full reviews of the all-new RR and Cross Tour in the pages of On Snow Magazine this coming fall. If you are not hooked-up to get OSM delivered to your door, visit the OSM Subscription Zone and get locked in.