Cross Country Lives On With USXC 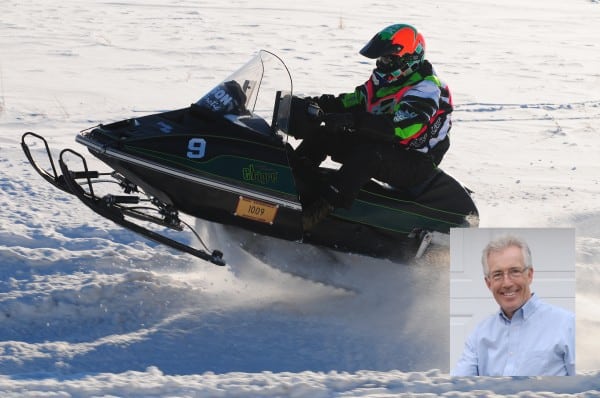 On the heels of the announcement that the United States Cross Country (USCC) snowmobile racing circuit would be ceasing operations, the new United States X-Country (USXC) racing circuit was launched. Championed by legendary racer Brian Nelson, the release admits attempts were made to purchase the USSC circuit but when both sides were unable to reach an agreement, Nelson made plans to forge forward with the new circuit. Read the official announcement here:

Spicer, Minn. (June 11, 2012) – Former racing champion Brian Nelson of Spicer, Minn., announced today the formation of USXC, a new snowmobile cross-country racing circuit that will provide a series of terrain races in the Midwest during the 2012-2013 season. The USXC (United States X-Country) series will consist of six to eight events including a premier three-day, 500-mile cross-country race held in Northwestern Minnesota.

The goal of USXC is to continue the tradition racer-friendly events at many of the classic cross-country venues, giving drivers, crews and fans the best possible experience.

“There have been many great cross-country racing organizations over the years, most recently with the USCC,” Nelson said. “USCC was an excellent circuit that rescued and grew the sport. When they communicated that they would cease operations after last season, I wanted to keep cross-country racing strong and growing.  I pursued the idea of purchasing USCC, but for many reasons that proved unworkable. The best solution was to form USXC.”

Nelson is currently assembling a team of experienced people to help run USXC, as well as creating a schedule with existing, race-friendly communities. Events will include traditional ditch, river and woods courses as well as lake courses, all of which will emphasize driver skill and endurance. Nelson intends for USXC to be an ISR affiliate, so racers can expect common rules and safety procedures.

Nelson has a long and storied history in the snowmobile industry. He was a legendary cross-country racer who won the Winnipeg-to-St. Paul I-500 in 1976 aboard Enduro Team Deere, and again in 1978 for Team Arctic. He has owned a multi-brand snowmobile dealership, hosted and promoted ISOC cross-country races and NSSR speed run events in the 1990s. Nelson has operated a snowmobile and motorcycle tour business since 1980 and was inducted into the Snowmobile Hall of Fame in 2000. His most recent foray into snowmobile racing was in 2011, when he competed in the vintage class at the USCC Red Lake I-500.

“Cross-country snowmobile racing has been my life for more than 40 years,” Nelson said, “I owe a debt of gratitude to the people and circuits that provided races during those years.

“Starting USXC is my way to give back to the sport I love. With the support of a great team of people, the industry and racers, we will preserve and even grow cross-country snowmobile racing in the years ahead.”

Racers and fans who are interested in learning more about USXC should email their name and address to: info@usxcracing.com