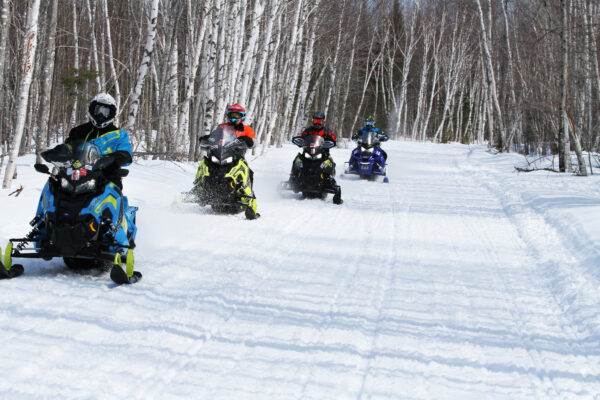 For many, New Brunswick isn’t always at the top of mind when it comes to places to ride, but it should be. Too often the masses of snowmobilers in Ontario, Quebec, New York and Michigan think that Ontario or Quebec are the main places to ride trails, and if New Brunswick is mentioned at all, its often thought of a being too far away. If this is how you and your riding group think, let me tell you that you are missing out on some of the best trails in North America. 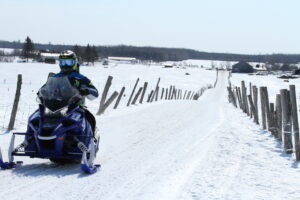 If you live anywhere in Eastern Canada, we don’t have to tell you what awaits a rider who decides to spend some handlebar time in New Brunswick. It’s only as you travel west that New Brunswick fades from the list of places to ride. Talking to riders in Ontario, New York and Michigan about snowmobiling in New Brunswick, it’s the distance that turns them off, then in the same conversation they talk about heading to Ontario destinations like Wawa, Cochrane, or the Saguenay Lac St. Jean region in Quebec. If one is to take Toronto, Ontario as a starting point, all of those places are between 700 and 1000 kilometre drives away! What’s also a 1000km away from the GTA? New Brunswick.

Our tour to New Brunswick in the spring of 2019 took us to Miramichi, on the eastern side of the province. Located right on the Miramichi River that leads into the Gulf of Saint Lawrence, Miramichi is the largest city in this part of New Brunswick. For our stay we based ourselves out of the Knights Inn and Suites, which is conveniently located right off the trail system with ample room to park trucks and trailers. However, there is a great selection of hotels and places to eat around Miramichi, making a multi day tour of the area quite enjoyable. 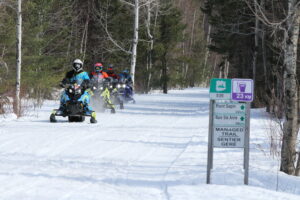 Our ride days out of Inn took us on a selection of loops which we planned out on the interactive trail map on the New Brunswick Federation of Snowmobile Clubs website. This map, is a great tool to figure out not only what trails you’ll want to ride, but also what services are available along the way. It also features accurate distances for waypoints along your planned route. This online feature is also backed up on the trail with permanent sign boards at intersections.

Signage is one of the 3 main deliverables the NBFSC is committed to bringing to their users according to their General Manager, Ross Antworth. The other two are a standard of grooming second to none, and a map to help plan your trip. Ross says if you can deliver on those three promises, you will keep riders happy. We agree with him. 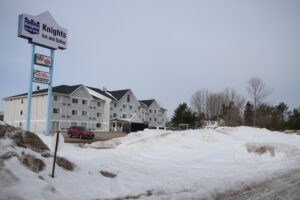 We spent a total of 3 ride days in the Miramichi area, travelling along some of the best trails we have seen all season. Our day trips took us north, south, west, putting about 200km down on the odometer each day. Our trips were a little shorter then you might expect in order to take the time to shoot video for Snowmobiler TV Episode 1 of our 2020 season, which you can watch on YouTube right now. But each day could have easily been extended to include bigger distances if we wanted. 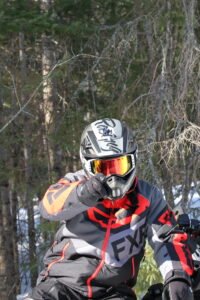 Being a larger centre, with an extensive network of trails all around the city and multiple loop options, the online planner sure came in handy for figuring out each days ride. Even though we did have Ross with us, and his encyclopedic knowledge of the system, the planner was easy to use by us non locals. In addition, it really didn’t seem to matter which direction or what loop we put together we were consistently on impeccable trails, with excellent signage.

One other take away, is that it seems like the system is put together with out-of-towners in mind. At no point did I feel like I didn’t know where we were going, and as we got closer to town signs for food, lodging, and fuel were always there to reinforce that we were headed in the right direction. This isn’t always the case in some of the areas we ride. In other areas, trail signs can pretty good, but as you get closer to town, or even when you have to navigate through it, staying on the right path can be difficult. I never found myself thinking that here.