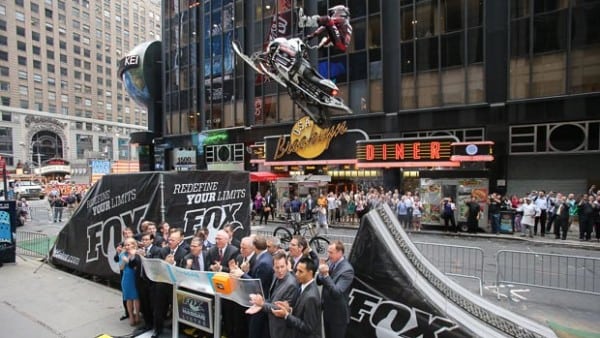 FOX Factory Holding Corp. [FOXF] visited the NASDAQ MarketSite in Times Square in celebration of its initial public offering on August 8, on The NASDAQ Stock Market.

In honor of the occasion, Larry L. Enterline, CEO ringed the Opening Bell. Levi LaVallee launched his snowmobile over head during the ringing.

Headquartered in Scotts Valley, Calif., FOX’s main manufacturing operations are in Watsonville, Calif., its off-road division and manufacturing are in Santee, Calif., and its Midwest Service Center is in Baxter, Minn. FOX distributes its products in more than 40 countries.