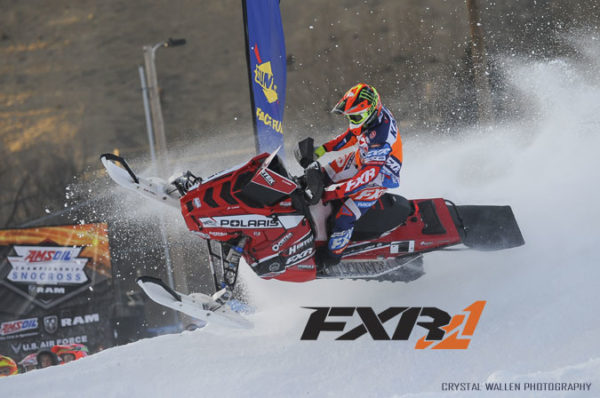 Factory Xtreme Racing, better known as FXR, their legacy began on the track. Created in the 90’s for snowmobiler cross country and snocross country racers, FXR has become one of the most well-known apparel brands in the world when it comes to snowmobiling.

FXR Owner, Milt Reimer has taken FXR to where it is today, and most importantly Milt never skipped a beat when designing and creating Powersports apparel for racers by racers. Just after Thanksgiving we had the opportunity to sit down with FXR’s marketing manager, Doug Rust about the future of FXR’s commitment to racing.  At FXR, Doug started managing race sponsorships and now holds the reins as the company’s marketing manager.  Like Milt, Doug started on the race scene and shares that passion…the passion of winning! 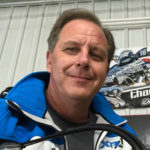 OSM: Countless apparel manufactures produced products designed with the trail or mountain rider in mind and then moved to gear for the racetrack. FXR on the other hand started on the track, how do you feel this has helped the brand on the track amongst racers?

Rust: FXR started by producing purpose-built apparel for racers with form and function in mind. Fast forward today and FXR is still pushing harder than ever with RR/RRX race ready lines. BOA race bred boots, goggles, gloves helmets and more. Not to mention cutting edge custom cut and sewn race apparel that you see on many of our top athletes. All of this pushes the needle towards better consumer performance bred apparel.

OSM: FXR products are seen on racetracks across North America, how many racers are on the FXR Sponsored list?  And how do you select your sponsored athletes and teams?

Rust: Honestly, I can’t answer that question, the list is deep and covers all disciplines of racing. FXR has many long-term relationships both large and small with a lot of renewed contracts. The hardest part is to expand the program every year, and in order to do so we must be creative at times due to our deep commitment to support. The rewarding part is the people we get to deal with and their passion for snowmobiling. None of this would be possible without the help of Diane in the office who works as closely with the athletes as I do.

OSM: Obviously FXR has a schedule of the various levels of sponsorship to include all; Big teams, future up-and-comer’s, and grass roots of snowmobile racing.  What’s it like to juggle both ends of that spectrum and why is that so important to FXR?

Rust: Let’s just say that the first couple rounds of Snow Cross are busy. There are gaps between the start dates of most of the series providing prep time between each. The rewarding part is catching up with friends and families, seeing my European athletes again and it warms my heart when I get to spend time with a 120 kid.

OSM: Can you name us a few of your top sponsored snowmobile athletes?

OSM: We’re speculating that racers are probably the hardest group to satisfy with their gear, and judging by the amount of racers and race teams wearing the FXR logo, one would have to say the race gear is quite successful. How are you testing and making the race gear better, and who’s responsible for the design?

Rust: The staff at FXR are simply the best at what they do nearly everyone that lays a hand into design or testing rides, I should say they can really ride they are equally talented behind a set of handlebars. Milt leads the charge and is a relentless visionary and Matt, Brett, Cam, Geoff and many more put in some long hours always planning out a year ahead. I have so much respect for these guys.

OSM: We have noticed that many track officials have been wearing the FXR brand name.  Which race circuits are you sponsoring for the 2019 season?

OSM: FXR was seen labeled on a medical van at recent ISOC events, can you share with us how FXR got involved with such a sponsorship?

Rust: The FXR Mobile Medical Team formed in the fall of 2016 by Jake Vanada. When the title sponsorship was offered to FXR it was an immediate “YES” were all in. FXR is obviously passionate about racing and we are equally passionate about helping keep all athletes safe and healthy. The FXR Mobile Medical team run by Dr. Odom and team is amazing at all they do treating injured athletes and yes saving lives. 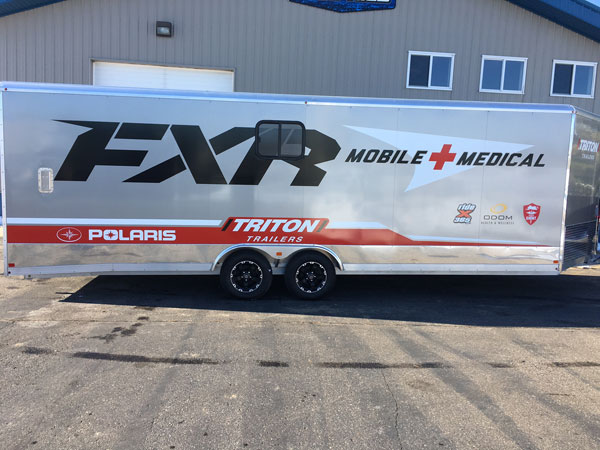 OSM: What is next on the list for FXR outside of the Snow division.

Rust: We are rapidly growing on the MX side, FXR makes the best MX apparel out there. I would say we are a little bit of a trend setter and really moving the needle. We have won several championships in Canada and it was Jess Pettis that brought it home this year. So many of us at FXR ride MX and personally I can’t turn enough laps in the summer our staff is very MX friendly. In typical FXR visionary fashion we will continue to grow the MX market in the same global markets that we push snow. Rest assured we will always be forging forward in Snow and MX.