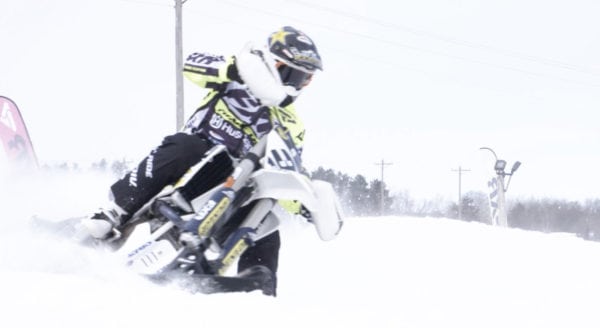 The crew from On Snow Magazine and Snowmobiler Television were giving a personal invite to check out the latest gear from FXR for next winter season, as well as the upcoming dirt season. With a bigger push into the motocross market, the FXR crew also invited members of the California dirt bike media to ERX in Elk River, Minnesota, to better understand the company, the passion, and the technology behind every piece of FXR gear. While they were there, they got a taste of winter and snowbikes. Did they wither away form the cold, or did their new FXR gear keep them warm as they competed against snowmobile riders in a “just for fun” competition?