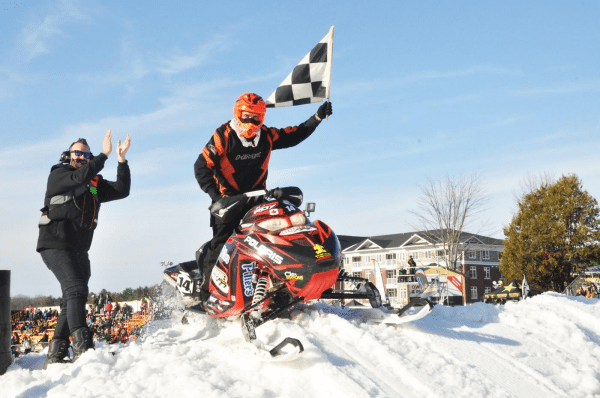 “The new agreement with Rockstar and OTSFF is an exciting and progressive step for Huber Motorsports. We enjoyed an excellent and successful working relationship last season with Rockstar and OTSFF, and we’re confident that this new collaboration will add to our goal of being the dominant team in the CSRA Championships,” Huber said.

Piller’s, which received support from Rockstar Energy/Polaris Racing/OTSFF in 2015-2016 as a satellite team, will now function as a top-tier effort and campaign the CSRA Pro Open and Pro Lites Championship as Rockstar Energy/Polaris Racing/Piller’s presented by Huber Motorsports and OTSFF. In addition to the CSRA series, the team will head south of the border to race selected ISOC events.

“We’re very enthusiastic with this new development, stepping up our involvement with Huber Motorsports, and helping to accelerate their program with the OTSFF and Rockstar Energy influence. The addition of Stu Robinson as crew chief, and the high calibre drivers on the team, contributes to a formula that we believe is pretty much going to be a winning one in both the Pro Open and Pro Lites,” OTSFF’s Andre Laurin said.

St. Anthony, Idaho’s Colby Crapo, who has sixteen years of snowcross racing experience, will be returning for his third season with the team. Crapo has been a force to be reckoned with in the CSRA’s Pro Open Championship, snaring runner-up in the 2013-2014 and 2015-2016 seasons. Stateside the veteran driver has qualified four times for the prestigious Winter X Games in Colorado, with a best result of eighth place in the 2015 medals chase.

Representing the team in the Pro Lites class will be RJ Roy. Last season was the breakthrough season for Roy, when he won the Pro-Lites Championship for Piller’s/Huber Motorsports/Polaris Racing/Rockstar Energy/OTSFF. In a hotly contested season, the Timmins, Ontario native snared the title aboard a Polaris IQ600R, hammering down a 42-point margin over runner-up Jake Weir. Twenty-one-year-old Roy has been competing in snowcross for the past four years. He cut his teeth in off-road competition racing motocross from the time he was seven years old.

Crew chief Adam “Stu” Robinson is known for his extensive technical and tactical racing knowledge. Over the years Robinson has been at the helm of various Rockstar Energy/OTSFF motocross and snowcross teams, along the way contributing to national championships in both disciplines.

In dedication to Gerhart Huber’s youngest son, Kurtis, who is autistic, Team Rockstar Energy/Polaris Racing/Piller’s presented by Huber Motorsports and OTSFF will, in addition to campaigning the CSRA Snowcross Championships, be racing the entire 2016-2017 season in support of, and bringing Autism Awareness to everyone.

About Rockstar: Rockstar Energy Drink is designed for those who lead active lifestyles – from Athletes to Rockstars. Available in over 25 flavours at convenience and grocery outlets in over 30 countries, Rockstar supports the Rockstar lifestyle across the globe through Action Sports, Motor Sports, and Live Music.