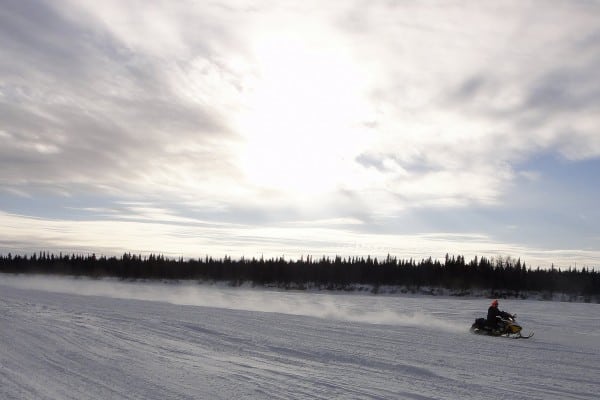 For those of you who have been around the snowmobile racing block a time or two, you know how the balance of power amongst the manufacturers tends to shift about every 6-8 years. While Ski-doo has been in the “coast” mode as of late, it appears they have found the accelerator and have started to target key markets with recent announcements. First it was back-country king Brett Rasmussen leaving Cat to Join Ski-Doo, and now it is the Iron Dog duo of Scott Davis and Todd Palin, both of who have won several Iron Dog championships, pulling on the yellow and black race jacket for the upcoming season. Here’s the official word from a ‘polished” BRP press release:

Valcourt, Québec, October 17, 2012 – BRP’s Ski-Doo X-Team has announced past winners Scott Davis and Todd Palin will use Ski-Doo MX Z X E-TEC 600 models when they pair up once again for the Iron Dog race.

“We want every advantage we can get,” said Davis, “and BRP’s Ski-Doo sleds have the best combination of speed, durability and handling that can win this race.”

“The Rotax E-TEC engines proved last year that they bring a clear fuel mileage advantage while delivering the power you need to run at the front,” added Palin.