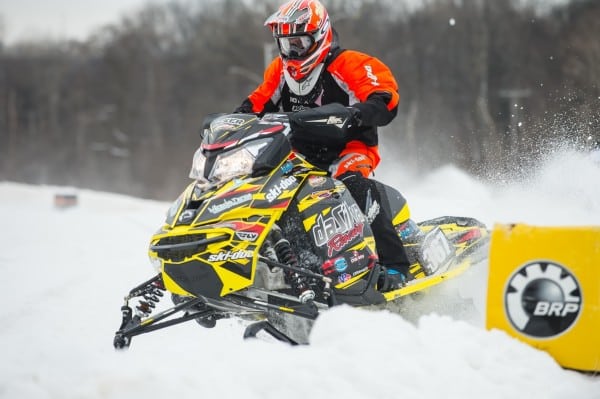 With their race program a mere shadow of its once dominant form, Ski-Doo is looking to rebuild the program by supporting young up and coming racers during the 2015-16 race season. To do this Ski-Doo is offering racers who compete in the International Series of Champions (ISOC) national sport class next season a chance to win a 2017 MXZX 600 RS race sled by being the top finishing Ski-Doo rider at season’s end.

According to Sebastien Thibault, race manager at Ski-Doo and Can-Am, “this rewards the up and coming racer in a very competitive class for the efforts they apply in
chasing a championship and gives them substantial help in their following year’s race program”
Racers can qualify for a 2016 MXZx 600RS snowmobiles right now by filling out an application from the racer resources page of the On Track Blog site at: www.xteam.ski-doo.com