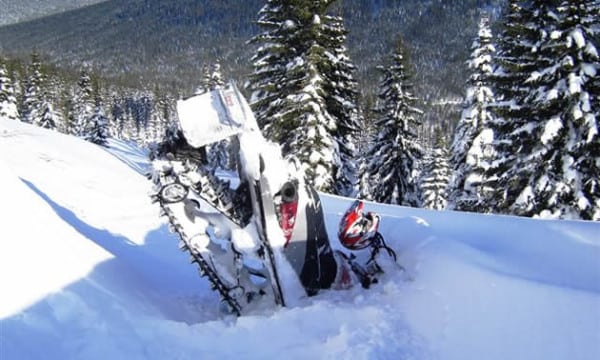 In another example of “not taking responsibility for one’s own actions” – a Pennsylvania man who lost his toes to frostbite after spending a night in the back-country has filed a federal lawsuit accusing a doctor of negligence and an outfitter of leasing him a snowmobile incapable of navigating through deep snow. While we won’t comment on the aspect of negligence by the doctor (although after you read the full story from the Aspen Times HERE, we suspect you’ll draw your own conclusions) but when it comes to the sled aspect of the lawsuit our money is on poor judgement not a poor performing snowmobile. Any sledder worth his salt knows any sled can get stuck in deep snow. However upon learning this particular gent was riding with two others who also became stuck, and towing fully-loaded sleds while breaking trail, we’ll chalk this one up to just another case of lack of talent, poor planning, and a lack of respect for the always unpredictable back-country. Lesson here kids….ride smart, be prepared, and when in doubt get an experienced guide.