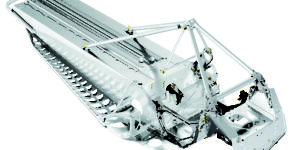 If you are up for some “heavier-than-normal” reading than what you’ll typically find here at On Snow, click the link below to read the latest