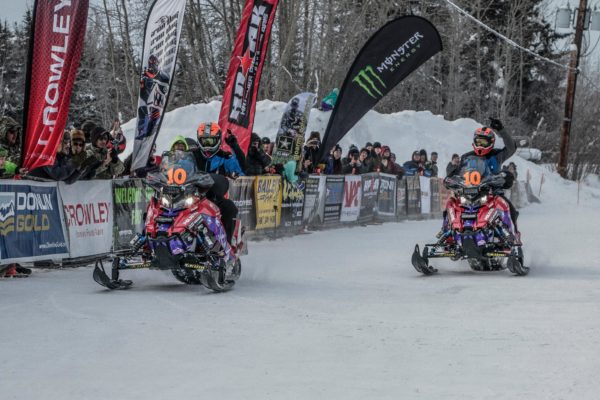 There’s only a handful of races that are over 500 miles but the ones that are, arelegendary. These races are very demanding on the racers, teams and equipment. Some races are held in such remote places;race teams are made up of two racers,two snowmobilesand a chase crewfor safety and mechanical purposes. In all of these endurance races, the weather and temperatures are always a factor with the mercury potentially dropping out of the minus 40C range combining withmind numbing wind chill and the added potential for a blizzardforcing racers to either brave the elements for victory or hunker down in a tent for survival. No matter which endurance race it is over 500 miles, it takes alot of driver/team self and mental awareness to win. All of these races in some capacity get the nod for the toughest snowmobile races on the planet. 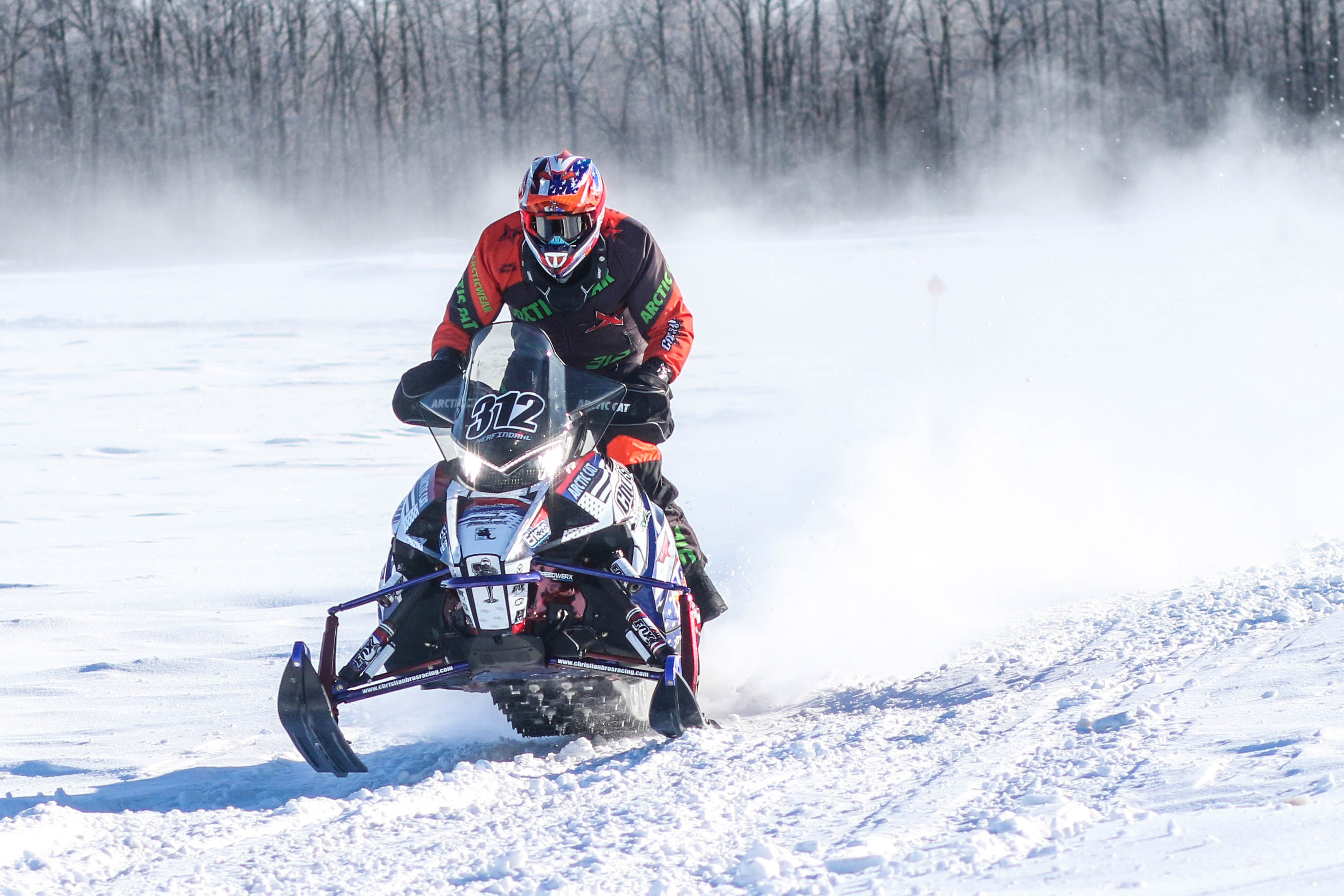 On every terrain racer’s bucket list, the I-500 is an iconic race that even trail riders often dream of completing. Sled reliability and durability has to do a lot with this race as the high speeds for 500 miles can put a lifetime of wear and tear on any snowmobile. For 95% of all entrants it’sabout finishing the race not just winning it. Especially in the earlier years of the I-5 when race sleds were separated from a reallygood consumer trail sledwith some reinforcements and shock packages. The I-5 is the only race over 500 miles that racers are not racing as a team of two sleds or a few racers sharing the work loadon one sled. The original I-500 three-dayrace had racers start inWinnipeg, Manitoba and finishing inSt. Paul, Minnesota. It has gone through a few changes over the years but it is still a race that is demanding and riders always trying to stay focused as the miles roll down to the days end. Today’s versionof the I-500 is the Goodridge-Grygla 500, whichtakes place over two days covering 500 miles filled with the same treacherously rough ditches, deep holes, rivers, woods and fields. 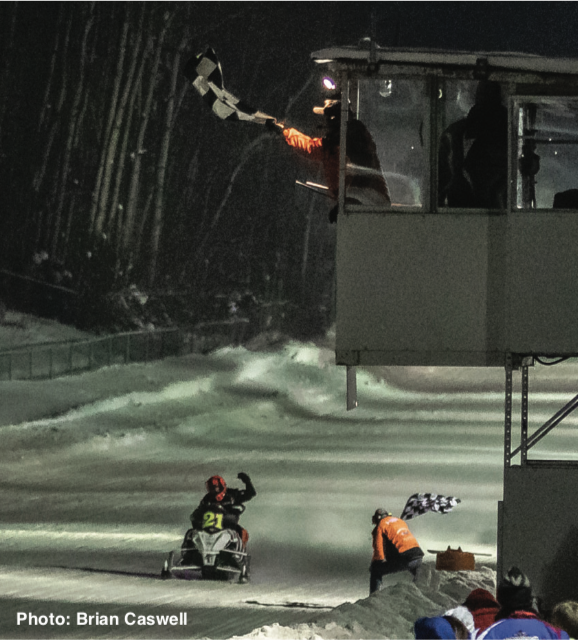 Established in 1969, the Soo I-500 race has a lot of history being raced and hosted on the same 1-mile long track in Sault Ste. Marie, Michigan.  Based on the idea of car racing similar to that of the famous Indianapolis 500. Where the Soo I-500 differs from that of a 500-mile oval car race is track conditions. The Soo I-500 track starts off as an ice oval race with sleds running around the 120 MPH mark and ends with a high speed whooped up oval track. The 51st annual race had 31 sleds in the final   with only two sleds finishing on the lead lap.  Combined these 31 snowmobiles completed 11,738 one-mile laps around the oval. It doesn’t take much to imagine what 11,738 laps would do to any snow/ice surface. This grueling high-speed endurance race is so tough that teams are strung together by two and sometimes three racers to complete the race. That is unless your name is John Wicht III.  Wicht III is such an iron man he raced alone and what’s even crazier than racing it alone? Winning it four times in the late eighties to mid nineties. 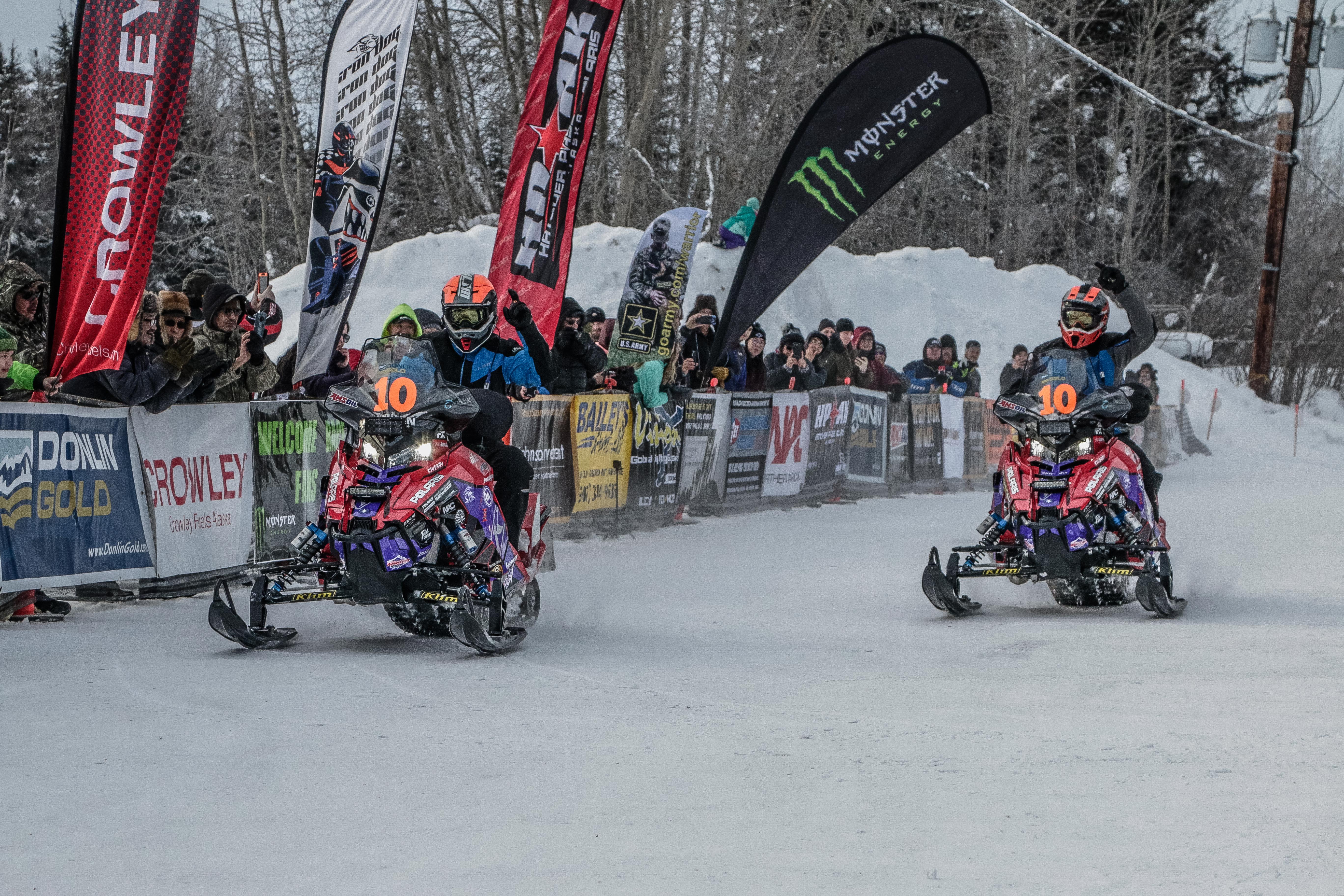 Bill boarded the world’s longest toughest race at 2,031 of beautiful rugged Alaskan miles.  Racers compete in 2 person, 2 sled teams and have to make 30 checkpoints with a minimum of 3 layovers with specific locations for a minimum combined 30 hours. Like many of the world’s toughest snowmobile races, being in Alaska the temperature/weather can be a race factor if not a decision maker.  Before calculating the wind chill, -57 degrees Fahrenheit has been recorded during the Iron Dog. Racers are not only battling the frigid temps in some years but also the very unforgiving Alaskan terrain. The terrain varies from mountainous to plains.  The plains can provide winds to pick up and temperature drop and can also move the snow into drifts or worse blow the snow away causing snowmobiles to over heat. There’s one area affectionately known as “the tunnel” where the trees are so thick and congested that racers have been known to take the time to stop racing, pull out the wrenches and narrow their sleds ski stance.  The “tunnel” is only 5 miles in length but has been known to take down many sleds.

The available race winnings in cash and prizes in 2019 totaled $192,000 with the top pro team taking home $100,000.  Mike Morgan and Chris Olds have cashed the top checks for the last two Iron Dogs and will be using their winning formula trying for their third in 2020. Last year Morgan and Olds won the race in 34 hours, 27 minutes and 31 seconds. Success rate of race teams finishing the Iron Dog in 2019 was an incredible 54%. 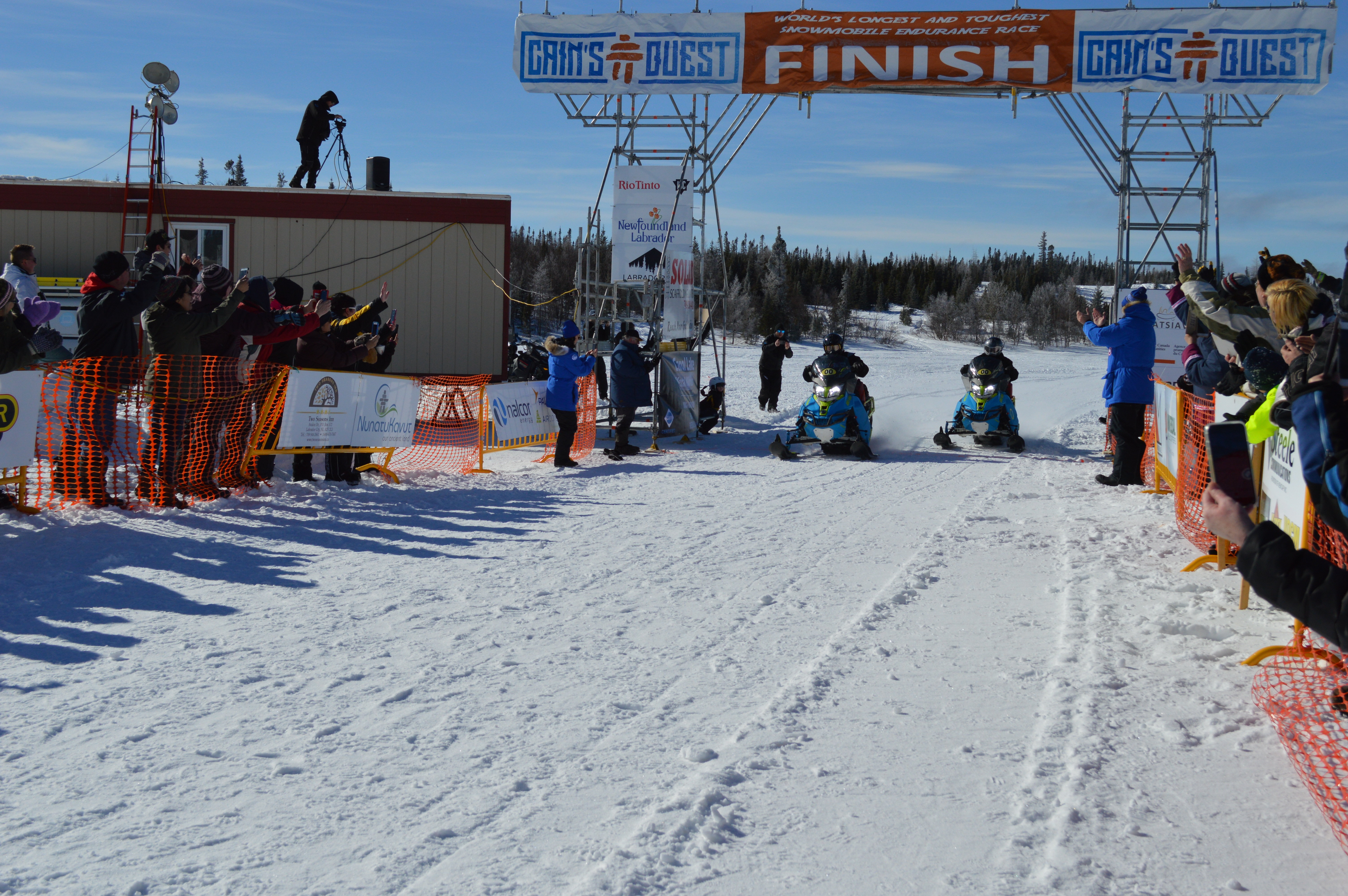 The name Cain’s Quest is a reference that Jacque Cartier made of the harsh landscape on one of his expeditions to North America and is very suiting of one of the nastiest snowmobile races of all time. This two-person/two snowmobile race isn’t just about winning but about finishing the 3,200 kilometers.  It’s not odd that many teams never make it to the first checkpoint not too mention the 19 mandatory checkpoints to finish the race. In Labrador the winter weather is always questionable with temperatures often below 40 combining the potential to have a blizzard over the course of the race. The Labrador terrain is anything but consistent, racers can expect to deal with and traverse everything form fiords and mountains in the north and bogs, hills and valleys in the south.  It’s mandatory that teams bring survival supplies including food and “Arctic” quality tents, sleeping bags, clothing, etc. Most teams end up spending at least one night sleeping in a tent in the Labrador wilderness.