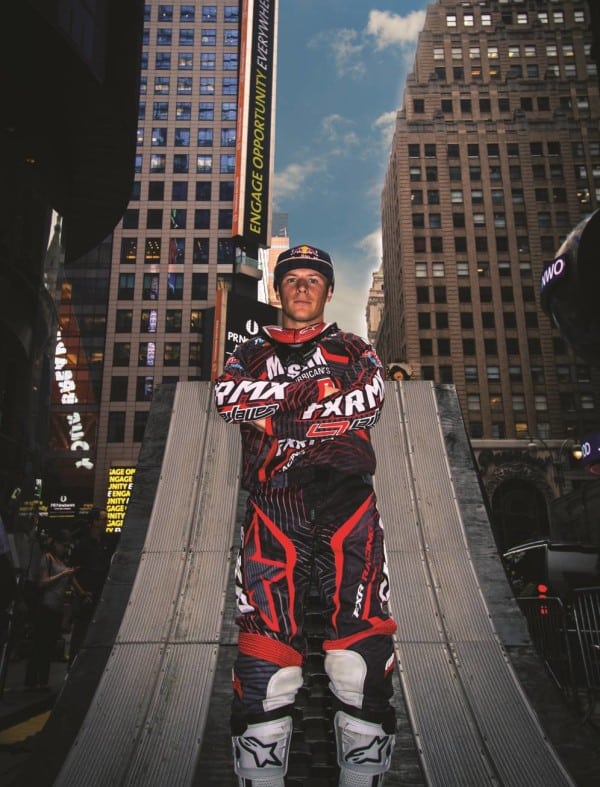 A revolutionary icon in freestyle snowmobiling, Levi who was named the nineteenth most influential person in Action Sports by ESPN, has been on FXR’s radar since he stepped onto the ISOC circuit. Over the past five years Levi has consistently won the ISOC fan favorite award, making him the ideal person to represent FXR on and off the racing stage.

Levi’s mutual interest in FXR’s style on the track dedicated to development and consistent commitment made us his first choice when he was looking for a clothing sponsor to partner with for 2014 and beyond. FXR has always focused on working with top athletes to develop high performance outerwear that meets the demands of the most skilled athletes; FXR is looking forward to doing the same with Levi and Team LaVallee. With LaVallee’s freestyle and race experience he will be asset to our R&D team.

Levi’s first appearance in FXR was at FOX’s Time Square celebration for their initial public offering into the NASDAQ Stock Market, where Levi performed a ramp-to-ramp jump on his snowmobile in front of a crowd of thousands.