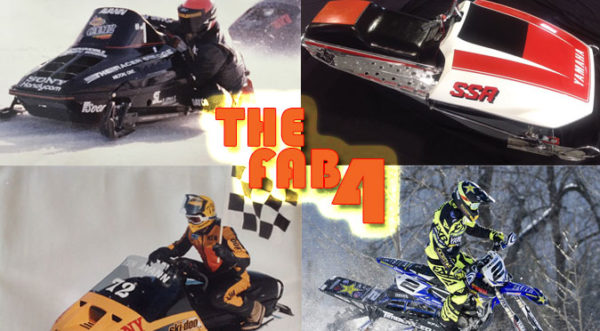 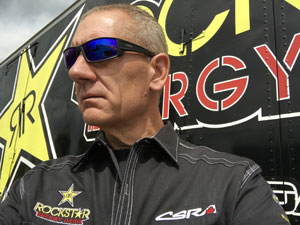 Canadian Snowcross Race Association (CSRA) President Ken Avann has been riding snowmobiles for a long time.  We got Ken to take his thumb off the throttle just long enough to get his take on his four all-time favourite snowmobiles. Here is his answers in this edition of the FAB4 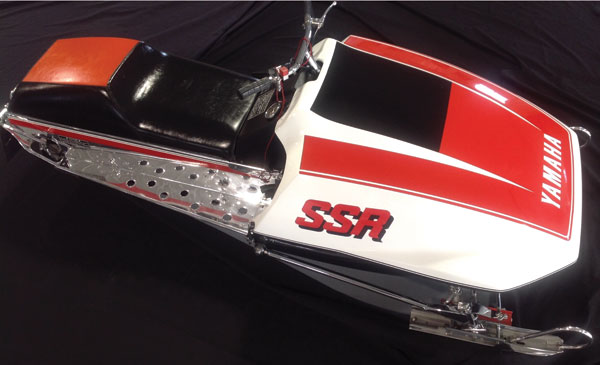 This was my favorite Yamaha race sled, only one hundred were ever made. The Yamaha SSR factory oval racer was hand built in Japan to take on the Ski-Doo, Polaris and Arctic Cat Sno Pro sleds. The SSR featured Yamahas first IFS front suspension and the first and last rear sway bar system. It was a 440cc screamer and arguably one of the best looking race sleds of all time. 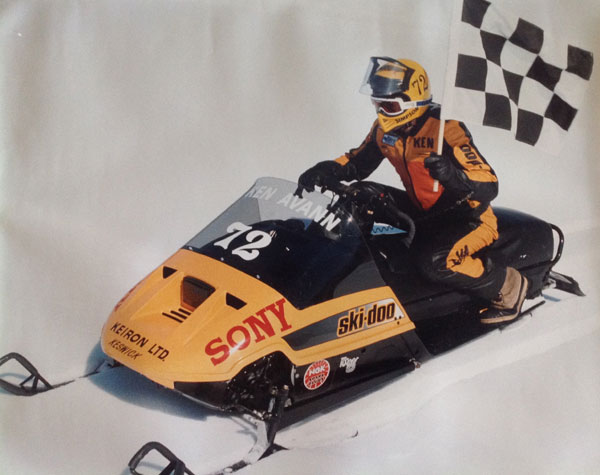 This was my favorite Ski-Doo race sled. We hand built fifty of these sleds in the Valcourt race shop with Gerard Karpik. The Pro Stock racer had a IFS front suspension with the shocks laid down under the engine, we could raise or lower the ride height of the entire sled by 6” in just a couple minutes allowing a low center of gravity set up for oval racing or a high full suspension set up for Snowcross. In 1985 we won the Pro Open Snowcross Championship, a 100 Mile Cross Country race, and the Pro Stock Oval Championship, all with the same race sled. 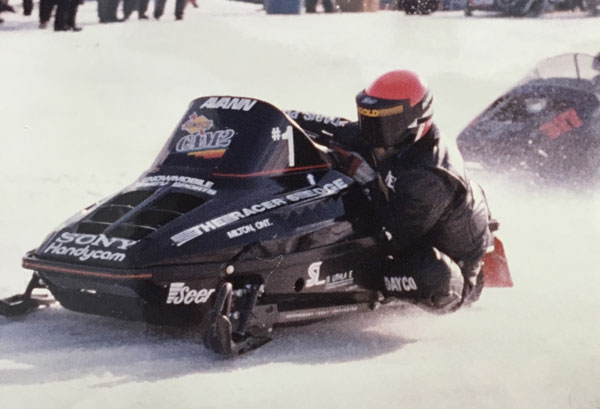 I hand built this sled with Larry Rugland and Burt Bassett in the Polaris Pro-5 Race Shop in Rosseau, MN. The Pro-5 Indy produced 145HP and would hit 105 mph on a half-mile oval. We won the Formula 3 Shootout in Valcourt, Quebec with this sled. The winner of this race won a duplicate production sled paid for by the losing manufactures. So Yamaha, Ski-Doo and Arctic Cat had to buy me a new Polaris Indy 650. That was a cool prize to win! 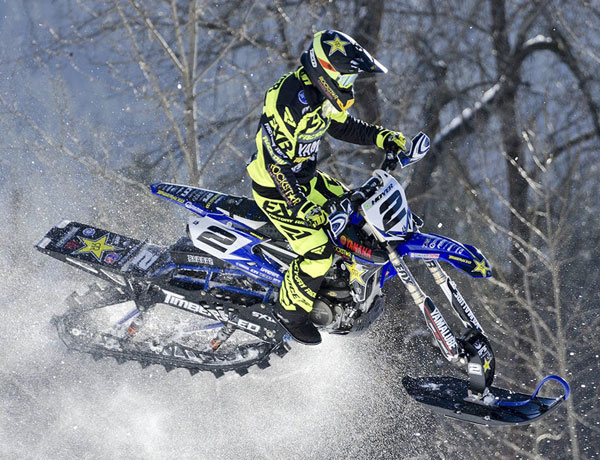 As a former Snowmobile and Motocross racer, I love Snow Bikes, my favourite Snow Bike ride is a Yamaha YZ450F with a Timbersled ARO Kit similar to Brock Hoyer’s X-Games Bike. This set up will go anywhere and is capable of lap times as fast, or faster, than a Pro race sled on a tight race course. I think the ultimate snow vehicle in the future will be a cross between a Snowmobile and a Snow Bike.