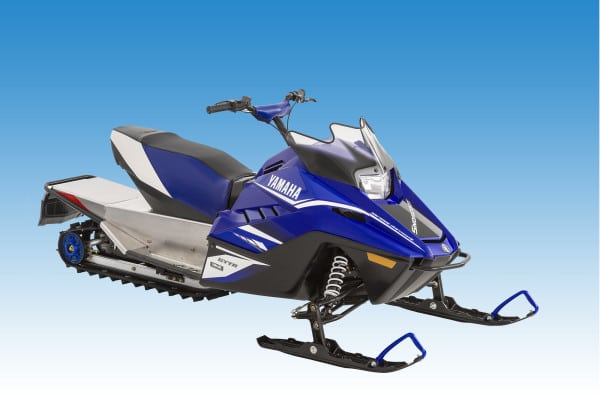 The Yamaha SnoScoot and Arctic Cat ZR200 are the buzz of the 2018 new model introductions. After decades of focus by all four manufacturers on an increasingly shrinking market and new model introductions subsequently targeted at those enthusiasts who remain (versus those who have left), 2018 might very well be viewed as a “turning point”.

In my opinion, the 200 is without question the most significant snowmobile to be introduced in the past decade…maybe longer. And if my peers at other snowmobile media outlets don’t feel the same way, they might not be seeing the forest through the trees. Snowmobile of the Year? Best of the Best? Real World Sled of the Year? It’s the 200…hands down.

Flashback to 1988, the year the first SnoScoot was introduced. At the time, Yamaha was the industry leader, selling more sleds than anyone else. It was a position of leadership Yamaha took very seriously, and they weren’t content to sit on their laurels. No, in fact Yamaha was constantly looking for ways to expand the sport beyond what was then considered “traditional” boundaries. A look at the 1989 Yamaha new model brochure illustrates this point. The bulk of their models were low power, entry snowmobiles and included Bravos, Enticers, Ovations, an Inviter, and the SnoScoot. The most powerful motor in that grouping was the Inviter’s unusual 292cc, liquid-cooled, single cylinder.

The original Yamaha SnoScoot was said to deliver “the most fun you can have with your mittens on”. The same goes for the 2018 SnoScoot.

Many of those “entry-level” models were a huge success for Yamaha, others weren’t, including the SnoScoot. The industry was shifting gears. There were plenty of avid participants already, and many were ready to “graduate” to a bigger more powerful sled. It was the start of the horsepower wars, and soon bigger wasn’t only deemed better, it was the driving force of retail sales, and in many ways still is today.

Of course, I’m not putting sole blame on the manufacturers for the industry’s current woes. There are many factors that have played a role in the 10-year, flat line retail trend and disengagement of the casual rider. From lack of snow, to rising costs, to a focus on the biggest, baddest, latest, and greatest. No, we’re all to blame, including the media. Let’s face it, showing riders boon-docking near ridiculous slopes, dropping sketchy rock outcroppings, or romping whooped-out trails at speeds well beyond the norm looks cool. It’s sexy, and we all believe it’s what readers and potential customers want to see, and maybe they do.

However, when this sport was experiencing its greatest success, it was also when the focus was on families. Smiling faces, trail-side cookouts, Moms, Dads, and kids all enjoying a sport we love. Maybe it’s time we returned.

In the case of the 200, everyone agrees retail price is key. Arctic Cat and Yamaha have done their best by joining forces, sharing resources, and using as many off-the-shelf parts as possible in developing the sled and keeping the final asking price in check. For 2018, the suggested retail price is $3,799 (US), a number many of us within the industry feel is “in the ballpark”. But is it enough?

What if this shared resource approach was expanded even further? What if Polaris and Ski-Doo joined the effort? While both are surely watching the 200 closely in the coming year, and undoubtedly both have similar projects either in the works or on their long-term product plan wish lists, perhaps it’s time they joined the 200-fold.

If Polaris and Ski-Doo contributed to the 200 project with their own arsenal of available technology, not to mention the added volume they both would command, the retail price would be even lower. Take this another step, and the foursome could very well agree to manufacture the 200 at a no margin gain, with a singular goal of reaching new riders.

The initiative wouldn’t have to stop there either. Combined, the four manufacturers could pool marketing dollars, develop a concerted outreach program, and provide demo opportunities to reach more first time families and maybe, just maybe…grow the sport.

The SnoScoot and ZR200 are an admirable first step. One that I personally applaud Yamaha and Arctic Cat for in taking the risk and making an investment in the future of the sport. Now it’s time for everyone else to follow. Together, the power of one can succeed.