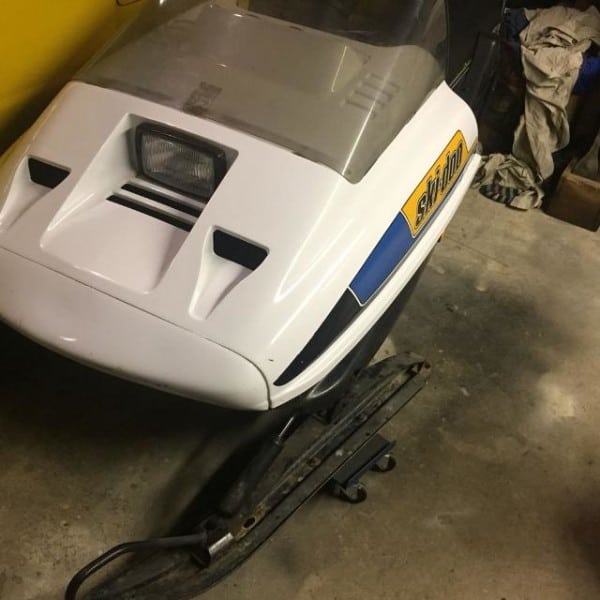 This rare gem popped up in a Varage Sale ad in Orangeville, Ontario. The 1970s and early 1980s are known as the “malaise era” for the automobile industry. High fuel prices, choking smog controls, generally bad automotive design and colossally uninterested union workers combined to create an era that offered few exciting cars. If Ski-Doo had a malaise era it was definitely the mid-1980s to, oh, maybe the mid-1990s when the MX Z chassis came to the rescue. But unlike the auto industry that had many outside factors such as oil and the EPA working against it, Ski-Doo’s malaise came from a decade of really bad chassis (plural) of its own design. Not only is this 1986 Ski-Doo SP somewhat noteworthy in its rarity, it marks perhaps the height of Ski-Doo’s badness. This after producing such wonderful machines such as the TNT RV and Blizzard. Here’s a 1986 Ski-Doo SP in action:

Also, we love the ad and all the personal life info offered up in it such as:

“I rode my old SP last year until I tore some welds off mine, but I’m over 320 pounds and it moved me really well for being a 463 cc. Motor.”

One YouTube commenter who goes by Justin Stearns summed up this sled pretty good:

“I read somewhere that this was an award winning chassis, I’m not sure how, they suck. My dad has a safari 377 and its the most erginomicaly incorrect junker I have ever ridden”

Here’s a screen shot of the ad in case it disappears: