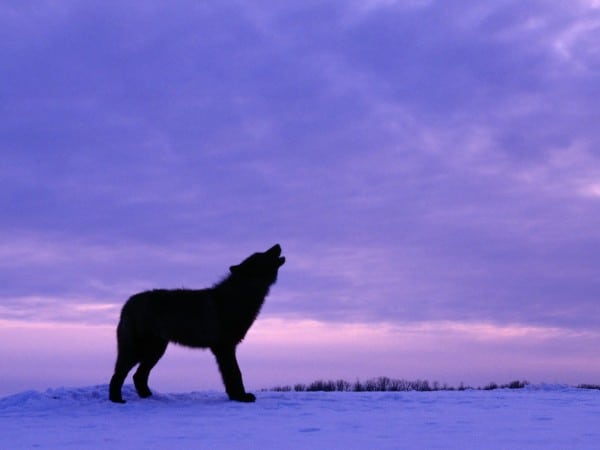 This one popped on our radar and caught our attention this week, as news of a single black wolf lurched at a passing snowmobiler and chomped down on his arm. With the wolf coming off the endangered list in many parts of the United States and managed hunting seasons on tap for select states, the attack could possible illustrate the continued expansion of the wolf population in North America. Here’s the report courtesy of the Associated Press and KTOO Public Television in Alaska:

An Alaska trapper driving a snowmobile on a frozen creek was attacked by a wolf that left a 3-inch gash in his arm.

Thirty-year-old Lance Grangaard of Tok tells the Fairbanks Daily News-Miner he was about 30 miles off the Taylor Highway in eastern interior Alaska when he was attacked Thursday afternoon.

He says single black wolf sunk its canine teeth into his arm, biting through his parka and three layers of clothing.

Grangaard jumped off the snowmobile and managed to land on top of the wolf. The animal yelped and bucked him off.

Grangaard returned to his snowmobile and escaped.

State veterinarian Kimberlee Beckmen says the wolf behavior was odd and the animals typically are wary of humans.

Grangaard is receiving rabies shots as a precaution.