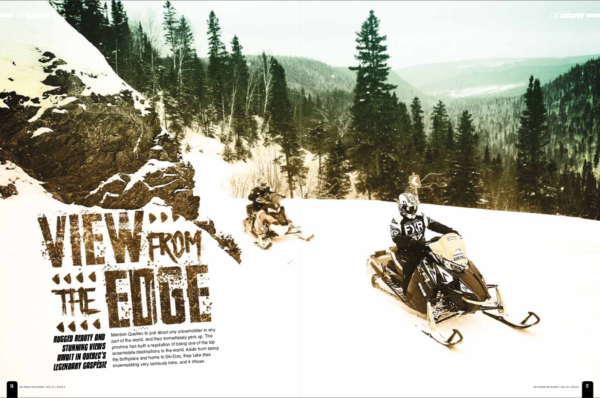 Mention Quebec to just about any snowmobiler in any part of the world, and they immediately perk up. The province has built a reputation of being one of the top snowmobile destinations in the world. Aside from being the birthplace and home to Ski-Doo, they take their snowmobiling very seriously here, and it shows.

For most enthusiasts who have made the easy journey to Quebec to sample this over-the-top level of snowmobiling hospitality, the destination has often been to a well-known region outside the concrete and steel of major metropolitan hubs such as Montreal, Quebec City, or Sherbrooke. But further to the east, in a region of Quebec locals call the “south shore” sits a large, sparsely populated, peninsula of land that juts out into the Gulf of St. Lawrence called the Gaspesie; and after getting just a taste of its stunning beauty, we could easily call it the best snowmobile destination in the province, and a top five in the world. 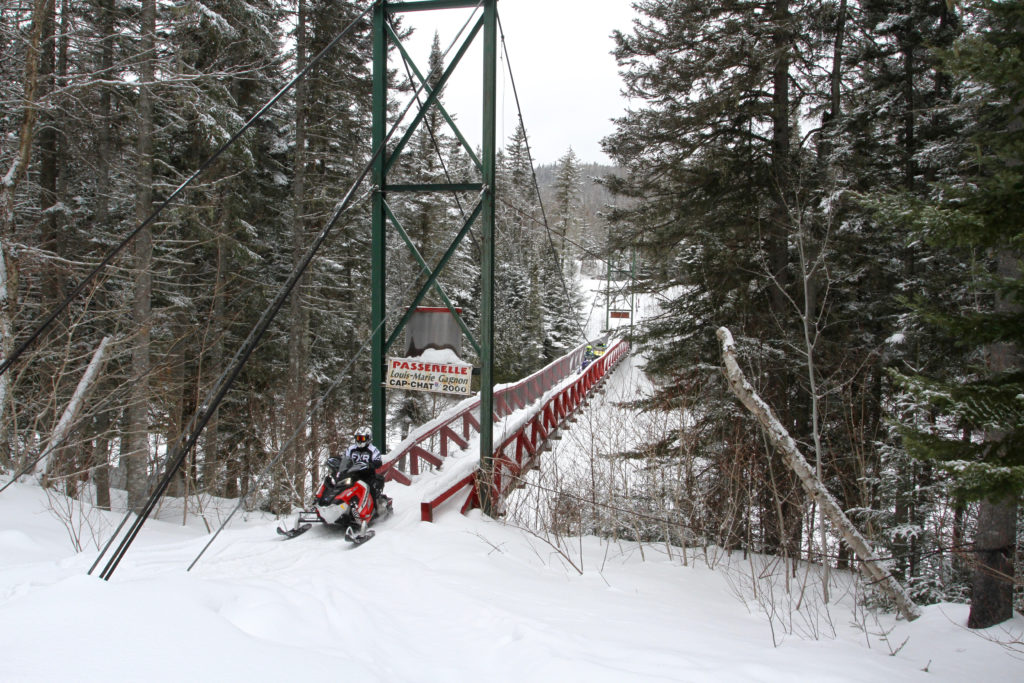 Truth be told, the Gaspesie region is quite unlike most other snowmobile destinations in Quebec. Other popular snowmobiling areas here are one part amazing trails and another part of equally amazing hospitality. Five-star hotels and fine dining abound, and you can always find a trail to take you directly to their front door step. Certainly, the small towns that dot the outer perimeter of the peninsula and offer idyllic views of the ever-widening St. Lawrence River as it stretches into the Gulf and eventually the Atlantic, are more than welcoming to sledders. In each small community, there is usually one or two establishments who cater nearly exclusively to snowmobilers during the long and snowy winter, offering comfortable lodging and home-style meals. But when you leave the comfort of these coastal towns in your snow dust, the experience becomes much, much more remote.

From almost the minute you climb upwards of nearly 2,000-feet from the sea-level of a coastal community in Gaspesie, you enter a remote and wild wilderness with few roads and even fewer towns. Nearly the entire land mass is covered in thick pine forests and if you didn’t know better, you’d swear you were riding in the foothills of the Rocky Mountains. Big vistas, sprawling valleys, and trails that hug the hill side and switchback their way up and down the near-mountainous terrain are common place. 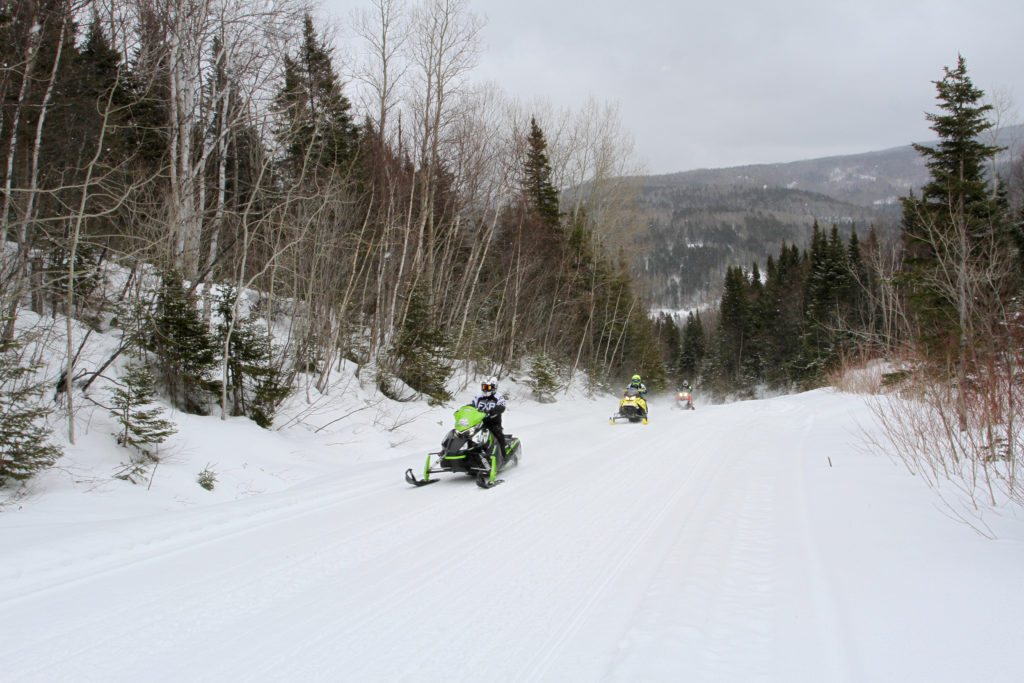 In fact, even trails across the heart of the Gaspesie peninsula are rare. Only one primary trail connects the north to the south, and is joined by a select few local trails to finish much needed routes to smaller towns that barely dot this massive region. While the interior beauty of the region is stunning, the real crown jewel trail is the one that follows the shoreline and encompasses the entire peninsula. Covering more than 950km (or nearly 600 miles), this 3 to 4-day trip is one of the most stunning you’ll find anywhere.

Even if you can’t make the entire loop, any section of the Gaspesie is worth the trip, and tourism bureau of the Gaspesie snowmobile circuit can suggest alternate loops that will give you the same mind-blowing experience with fewer miles or days in the saddle. Lesser loops can range from 190km (118-miles) to 500km (311-miles) to 800km (497-miles).

While the primary circumference trail traces the shoreline of the peninsula, many times you’ll find yourself seemingly deep within a pine forest, skirting the summits of some of the highest peaks in the peninsula. Then suddenly the trail will turn, and return towards the shore, offering stunning views of the St. Lawrence and a sleepy town below. You’re not riding at the edge of the world in Gaspesie, but you can certainly see it from here. 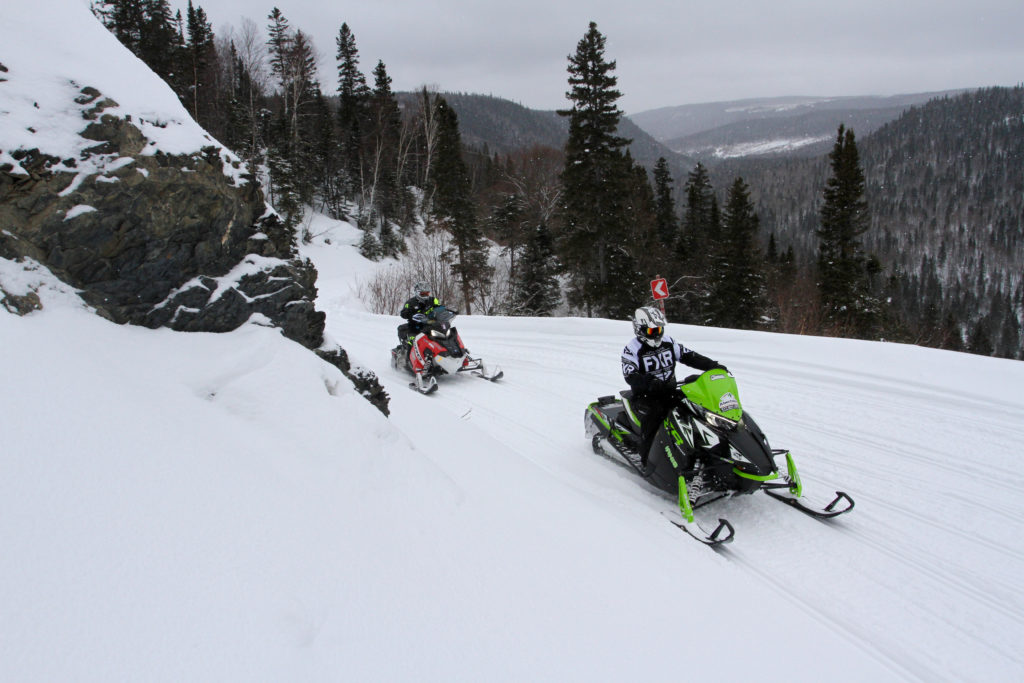 To say the folks of Quebec bend over backwards for sledders would be an understatement. During the winter months, snowmobiling is king in many areas, and this means sleds gain nearly equal footing to cars when it comes to access into, through, and around cities. Grooming becomes a religion for folks in the snowmobiling community here, and in my 25-years as a professional snowmobile journalist, I’ve never seen a region devote more time, energy, and resources towards the sport than Quebec. To put it succinctly, snowmobilers are royalty here, and you’ll be treated as such.

In total, the Gaspesie region offers more than 3,000 kilometers of trails, and when combined with other maritime riding regions including Bas-Saint-Laurent and Cote-Nord, the total trail mileage exceeds 6,000 kilometers (3,700-miles). In addition, the region offers countless square miles of off-trail riding opportunities. During our two-day ride along the north shore, where we looped back inland, crossing the Chic-Choc mountain range, we ran into several long-track riders, boondocking the backwoods where endless stretches of un-tracked snow could be found. The foothills of western Canada and the United States has nothing on this region. 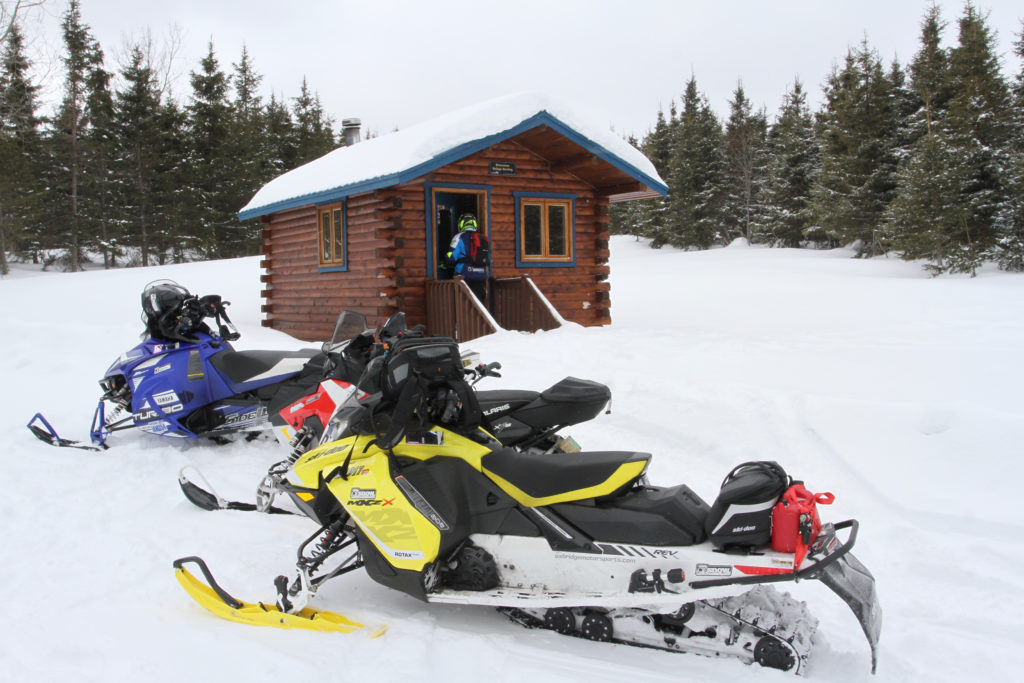 There are few areas in North America where you can combine the terrain, snow cover, quality of trails, and five-star hospitality to the degree that the Gaspesie region does. For this reason, you owe it to yourself to make this region part of your winter destination plans this season and for many more to come.

WHAT YOU NEED TO KNOW

To ride in this region, you’ll be required to have a FCMQ (Quebec) trail permit; a snowmobile that is registered in your state or province; a valid driver’s license; a minimum of $500,000 of liability insurance; and a snowmobile certificate if you are 16 or 17 years of age. You can find this and other pertinent information to plan your trip to Gaspesie by visiting www.sentiers-gaspesie.com 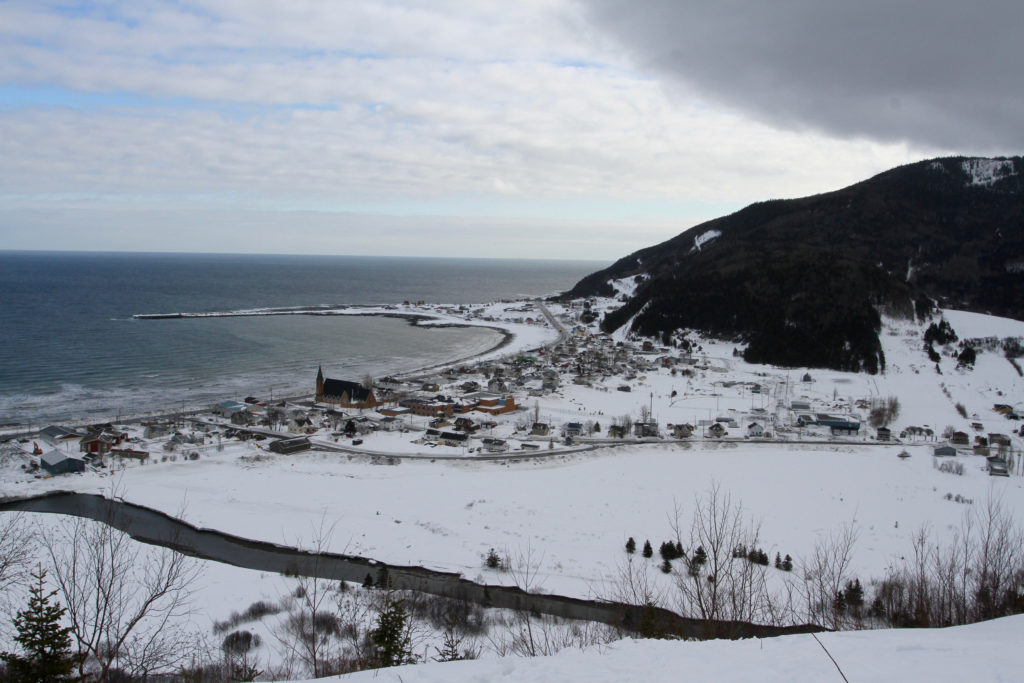