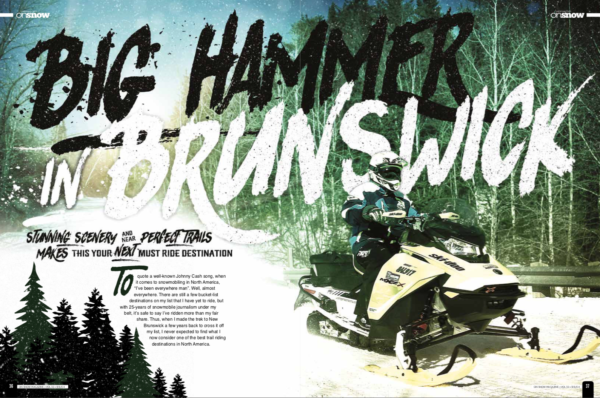 To quote a well-known Johnny Cash song, when it comes to snowmobiling in North America, I’ve been everywhere man. Well, almost everywhere. There are still a few bucket-list destinations on my list I have yet to ride, but with 25-years of snowmobile journalism under my belt, it’s safe to say I’ve ridden more than my fair share. Thus, when I made the trek to New Brunswick a few years back to cross it off my list, I never expected to find what I now consider one of the best trail riding destinations in North America.

If you slept through geography let me point you in the right direction as to where New Brunswick is located. Follow the St. Lawrence River east until it meets the Atlantic, there, wrapped around the state of Maine resides New Brunswick. Its location alone makes it somewhat obscure. Many in the United States believe the world ends at Maine, save for the island of Nova Scotia. Even in Canada, many snowmobilers seem to forget about New Brunswick, instead often giving their love and riding attention to the well-known and adjacent snowmobiling destination of Quebec. 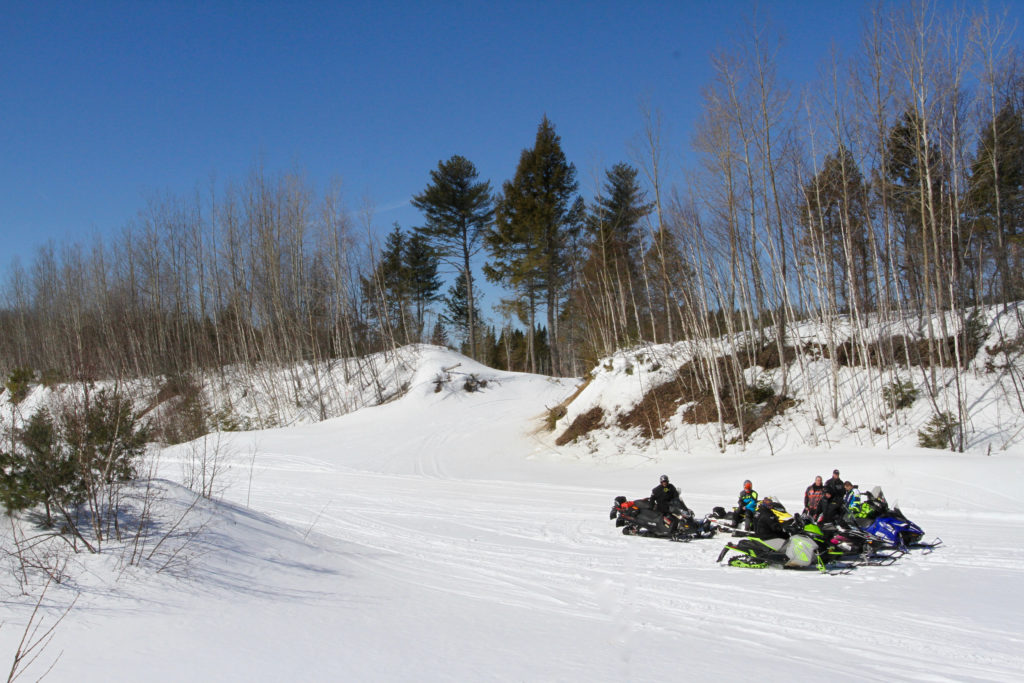 New Brunswick’s location alone is one of the big reasons it’s a magnificent snowmobiling destination. A trifecta of a far northern reach ensures cold temperatures come early and stay late; positioned smack dab in the dumping zone of traditional mainland storm tracks; and bolstered by the big dumping power of a famed Nor’easter, work together to ensure this province gets snow early and lots of it. My last two visits were both late in March, and we traveled across hundreds of miles of bare ground to shockingly find snow conditions in New Brunswick that were akin to mid-season.

The other trump-card this province holds which has won me over is quite simply the incredible trails. Don’t get me wrong, there are stunning, well-maintained trails across the snowbelt, but the trails in New Brunswick are special for reasons almost too hard to describe…in fact you often can’t. 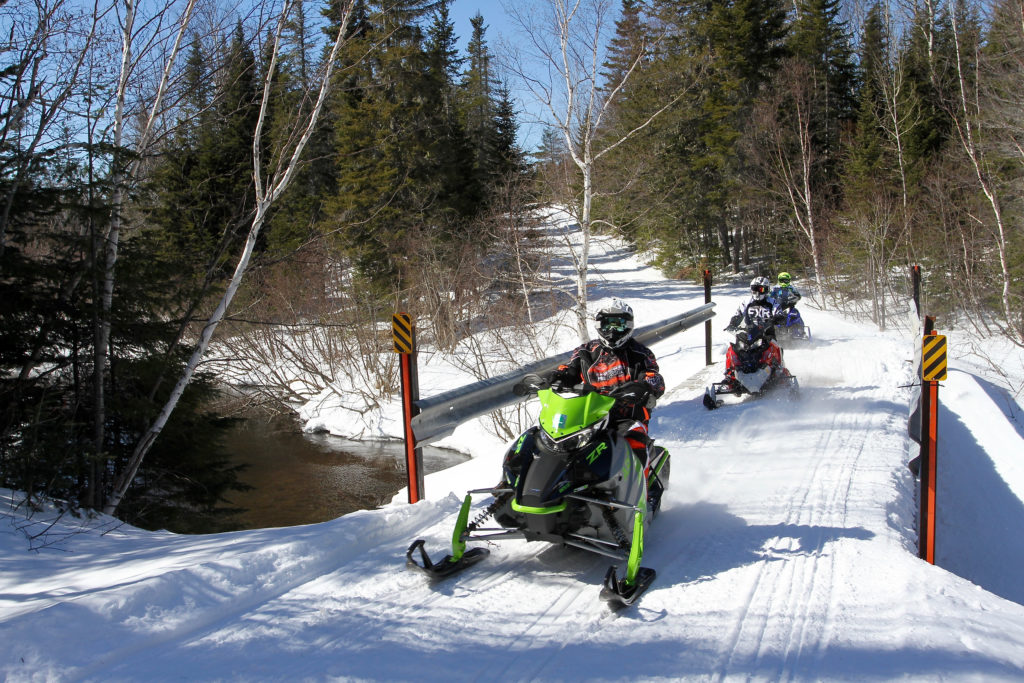 Two seasons back I invited a good friend to make the trek to New Brunswick with me. He initially balked at the idea, throwing up the typical roadblocks of it was “too far away” and “if you’ve ridden one trail, you’ve ridden them all”. I convinced him to go anyway and now he too sings the virtues of New Brunswick…it’s that good.

It starts with terrain. Dense forests cover the hills of a province which has a population that clings to the coastline. This means the interior is remote, way remote, and this has allowed area clubs and the provincial snowmobile association to carve trails into the landscape that are tailor-made for snowmobiling. Like many trail systems, those of New Brunswick take advantage of natural pathways, following valleys, rivers, and existing logging roads as they connect the communities of the area. 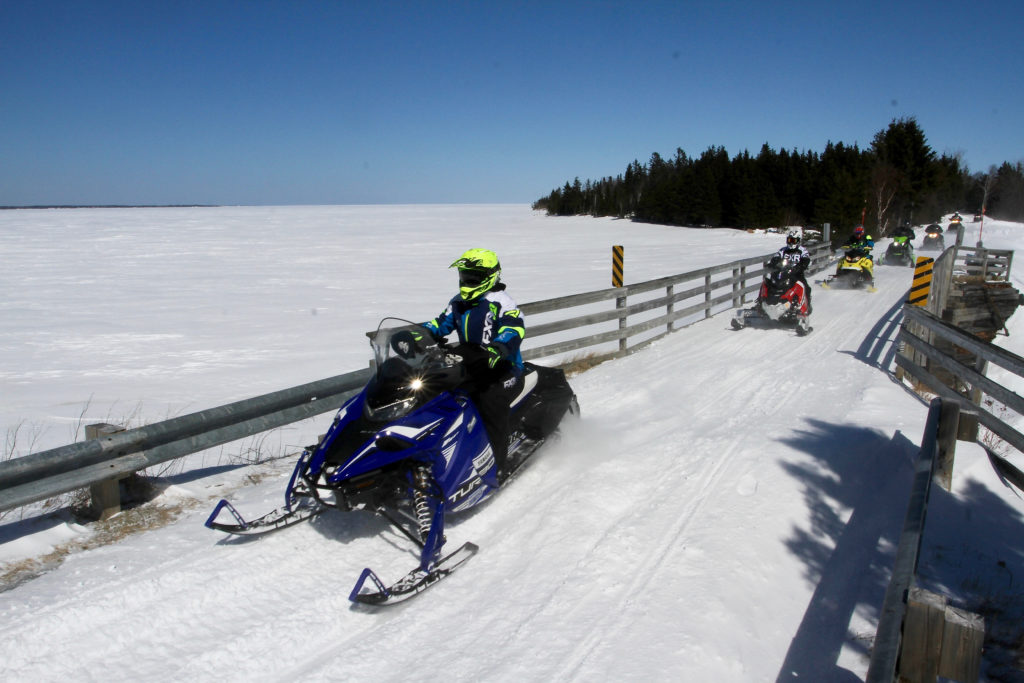 I’ve visited the province now for the past three consecutive seasons, riding in the northeast, northwest, and central regions, and each time it seems to get better. With nearly 9,000 km of trails in all, a key differentiator compared to other trail systems is the time and effort that has went into the overall design, as well as the maintenance of them leading up to snow season. To put it simply, these trails are built to accommodate every caliber of rider, from Sunday afternoon jaunts with the family, to opening her up and let the big dog eat with the boys.

While things tighten up as you get close to major towns, many other trails are abundantly wide as they roll, twist, and turn – tracing the landscape. What’s more, many of the corners have been brushed well beyond the groomer marks, giving you incredible vision to potential oncoming traffic for added safety and peace of mind. These same traits give you the freedom and confidence to push beyond typical trail speeds, of course only when it’s safe to do so. It’s this last little nugget, combined with stunning scenery, friendly accommodations, and trails not overburden with traffic, that has placed New Brunswick atop my “go-to” list of trail destinations in North America. 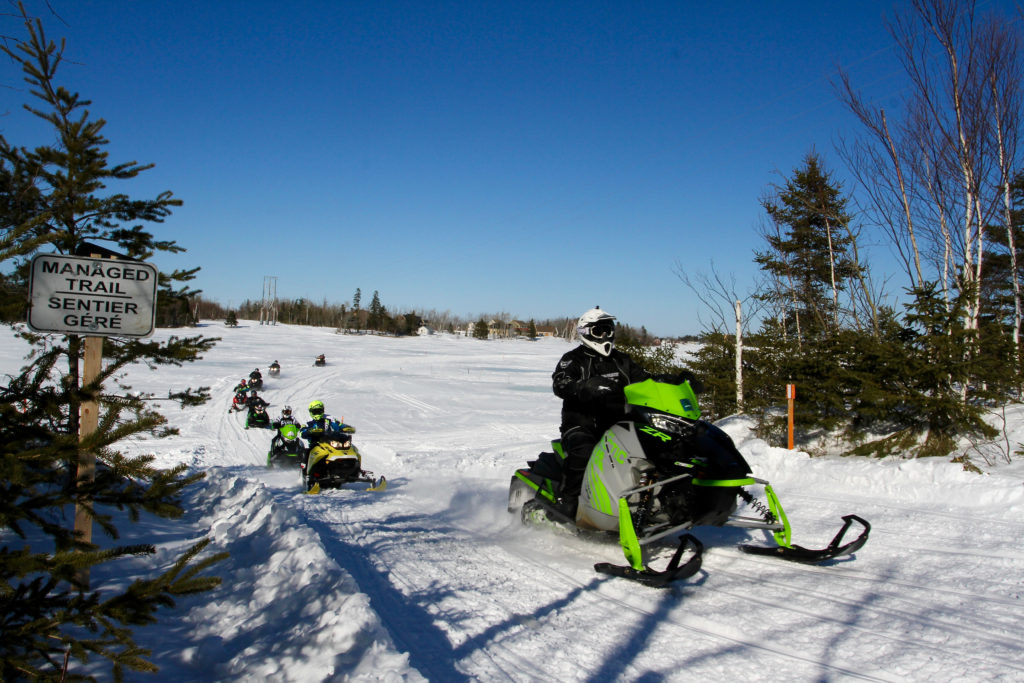 WHAT YOU NEED TO KNOW

Like most states and provinces in recent years, a trail permit is required to ride in New Brunswick. Your sled must also be registered in your state of province, and you will need proof of liability insurance as well. Permits are available for the entire season or in a variety of multi-day passes to best suit your needs. Duration and fees are as follows. Please note, these prices do not include HST.

Passes are also available for Families, Antique, and Classic sleds. Visit the New Brunswick Federation of Snowmobile Clubs and click on Permits for more information. (www.nbfsc.com)

In addition to permits, the New Brunswick Federation website is a great place to find additional resources to plan your trip. There you’ll find detailed maps along with lodging accommodations for each zone; and a full provincial map with a color-coded grooming report so you can target trails that have been recently groomed, and avoid those that are potentially closed. This same map gives you interactive details on shelters, accommodations, restaurants, fuel, and dealers. It’s a terrific tool and keep in mind only businesses who support the sport will be listed here. Return the favor. 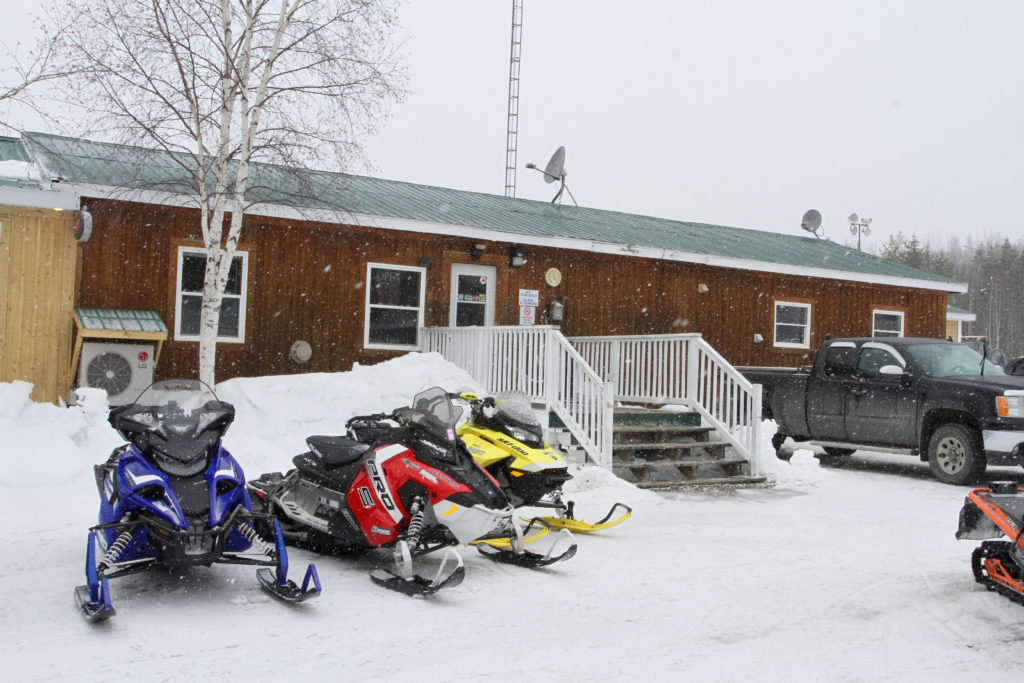 CLOSER THAN YOU THINK

Your new-found riding destination in New Brunswick is closer than you think. A great starting point to get your feet wet in the snow-laden province is the town of Edmundston. A day’s drive or less will have you carving the trails. 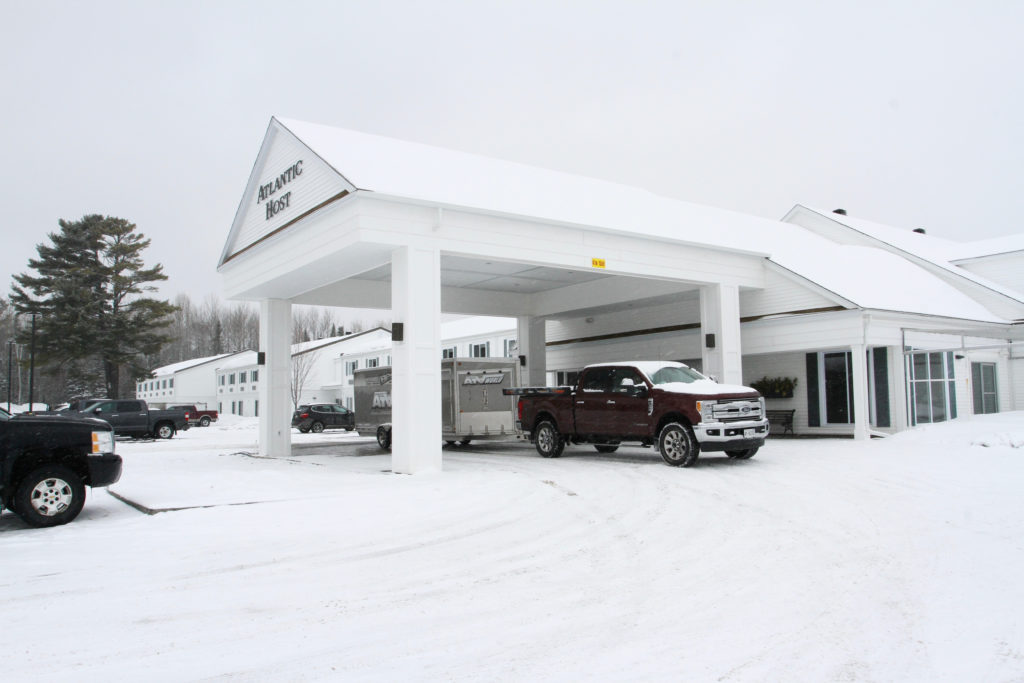